In today's edition of weird photo gear up for sale, we have a whacky and wonderful Soviet spy camera that's been modified for snooping. 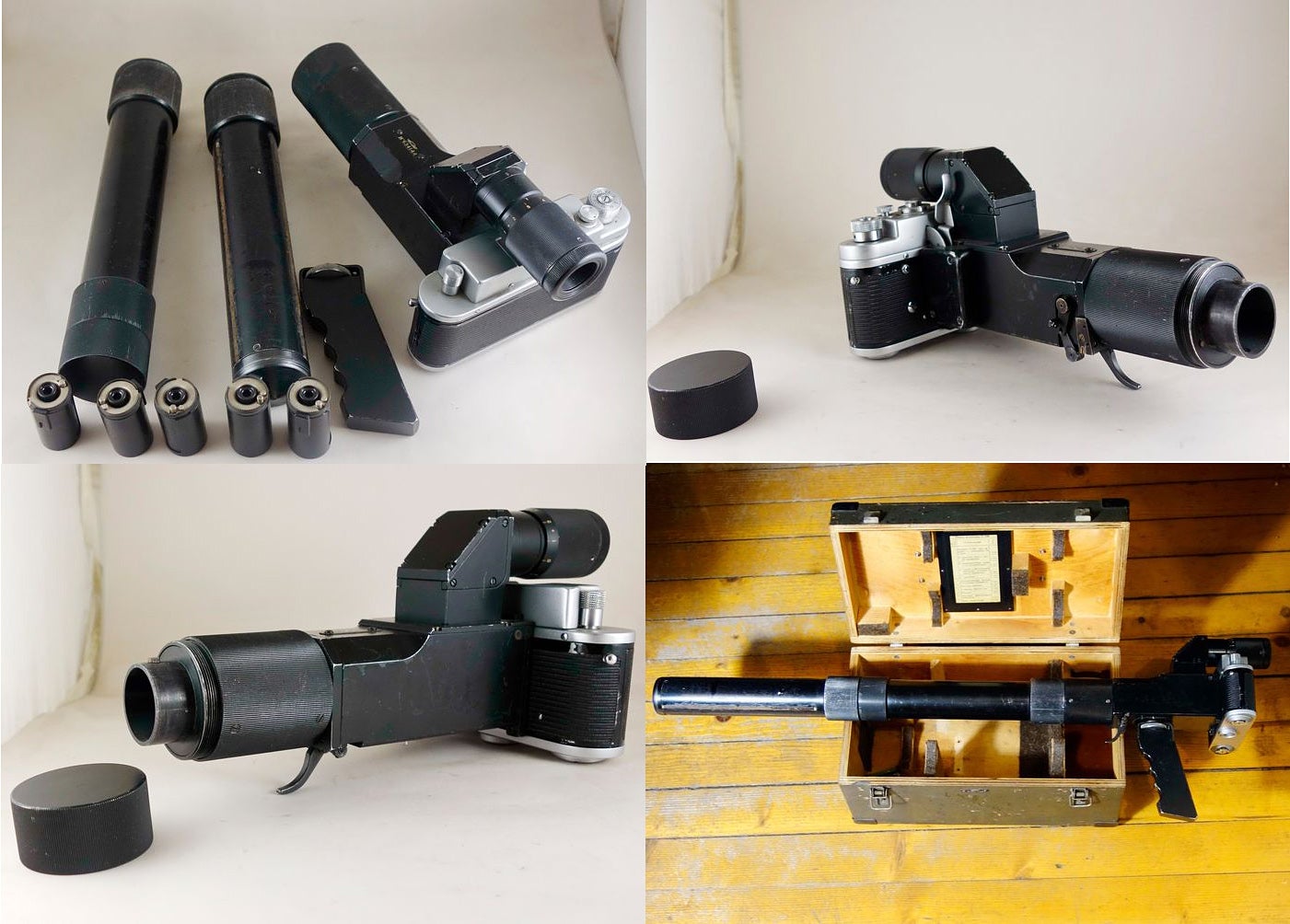 Here at Popular Photography, we love a good oddball camera with a bit of history. So, Comrades, we obviously have our eye on a Soviet spy camera that has just popped up for auction. Full credit to Kosmo Foto, makers of one of our favorite films, for finding this gem.

The Krasnogorsk C166 Nimfa-3 is described by the seller as being “extremely rare” and in “good” condition.

The Nimfa-3 is a 35mm rangefinder camera, designed to be embedded into a wall or ceiling so someone hiding in the next room (or a hidden room!) could take photos of whatever secret deals were going down, whether that be covert plans to sell nuclear blueprints or illicit operations to undermine the USSR. It’s based on the reasonably common Soviet Zorki-4 rangefinder, though there are some fairly major modifications so it can do that whole shoot-through-walls thing.

The Nimfa-3 is, supposedly, in working order and comes with all the accessories you need to set up your own spy station (though it is almost certainly illegal to do so).

The idea is that you drill a tiny hole in the wall of the room you wish to spy on and a larger hole in the adjacent wall to fit the lens through. A peephole-like attachment goes on the end of the lens and lines up with the tiny hole. The lens is described as having a wide-angle field of view “like the view through the peephole in your door”.

Obviously, it’s pretty hard to use a rangefinder with a wall blocking your shot. So that you can see what’s happening and know when to push the shutter, the camera has a reflex-style prism and viewfinder.

The various included extension tubes allow you to spy through different widths of walls, so really, it’s quite flexible. The auction also includes the original wooden box the camera came with, along with a cool-looking pistol-style grip.

The anonymous seller in Bulgaria apparently inherited the camera from his parents. We’re sure there’s a story there! And that it’s probably still classified.