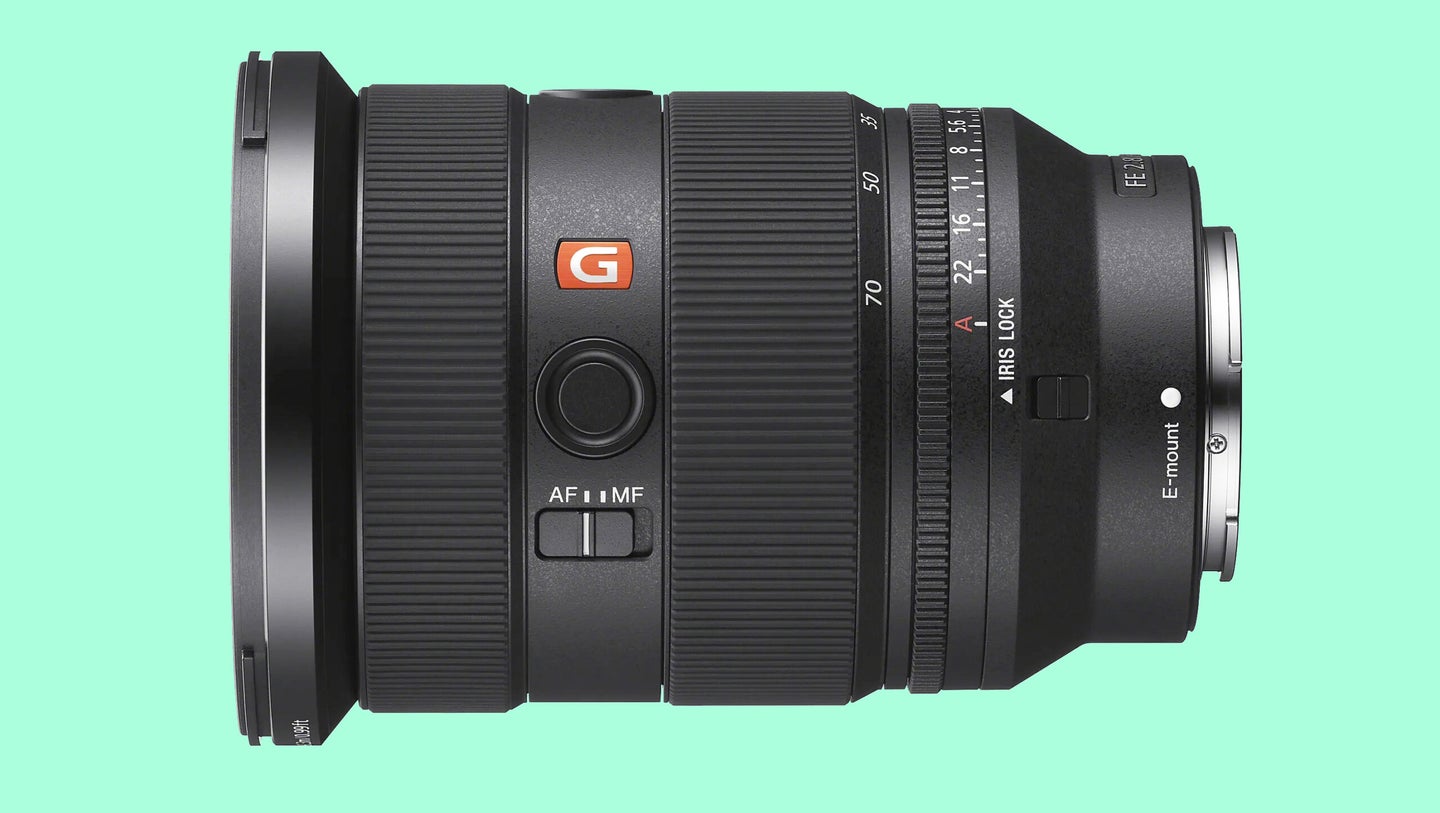 It's 20 percent lighter and 18 percent shorter than its predecessor. Sony
SHARE

Sony first introduced its high-end G Master lens line back in 2016. In October 2021, the company unveiled a version “II” of the 70-200mm f/2.8 telephoto zoom that was faster and lighter than the previous model. Today, Sony continues that trend, unveiling the new FE 24-70mm f/2.8 GM II, which promises faster performance and maximum sharpness in a body that’s both smaller and lighter than the version that came before it.

This is a big announcement for Sony since the 24-70mm standard zoom is an essential piece of kit for many professional photographers who want a super-versatile lens that can cover a wide variety of situations. The new version of the 24-70mm f/2.8 GM weighs 24.6 ounces, which is 20 percent lighter than its predecessor. It’s also 18 percent shorter than the previous model. Those reductions can really make a big difference on a lens like this that might end up on a photographer’s camera for an entire day when shooting an event or a wedding.

Despite the bulk reduction, Sony claims its new standard zoom still provides the high-end features and image quality it promised with the original G Master lenses. That includes the exceptional bokeh quality. The totally new optical path includes five aspherical elements, two of which fall into the category of extreme aspherical. The formula also includes a pair of extra-low dispersion elements and two super extra-low dispersion elements. Along with Sony’s new floating element design, the company claims that this new lens will outperform the older model in just about every way, including reductions in common distortions and issues like chromatic aberration (purple and green fringing in high-contrast areas) and coma (points of light appear oddly-shaped as you approach the edge of the image).

While the new 24-70 f/2.8 GM II puts considerable emphasis on improving overall image quality, it also offers some tangible advantages in other areas. For instance, Sony claims the AF tracking while zooming is now two times better than it was with the original GM lens. Zooming now causes less focus shift and Sony has addressed the lens “breathing” that the first version of this lens experienced. That’s a phenomenon in which the lens’ field of view changes during focusing, which can be particularly distracting during video capture.

In other video-related improvements, this lens offers an onboard aperture ring for controlling the depth of field directly on the barrel. And a linear response manual focus mode makes focusing predictable and repeatable, which is crucial for filmmakers who work with specific distances for pulling focus.

Ultimately, the new 24-70 f/2.8 GM II offers a ton of upgrades compared to an already-excellent standard zoom. Sony says version II won’t fully replace the original in the lineup—it will keep both available at least for the time being. The new FE 24-70mm f/2.8 GM II will start hitting store shelves in June for $2,300, which is $100 more than the retail price of its predecessor, though the older version will likely continue to see some discounts in light of the new lens. We’re looking forward to giving the new lens a full review when it becomes available.