The feature, coming to the Sony a7 IV, adds an in-camera crypto signature to images. At launch, however, it will only be available to licensed 'corporate' customers. 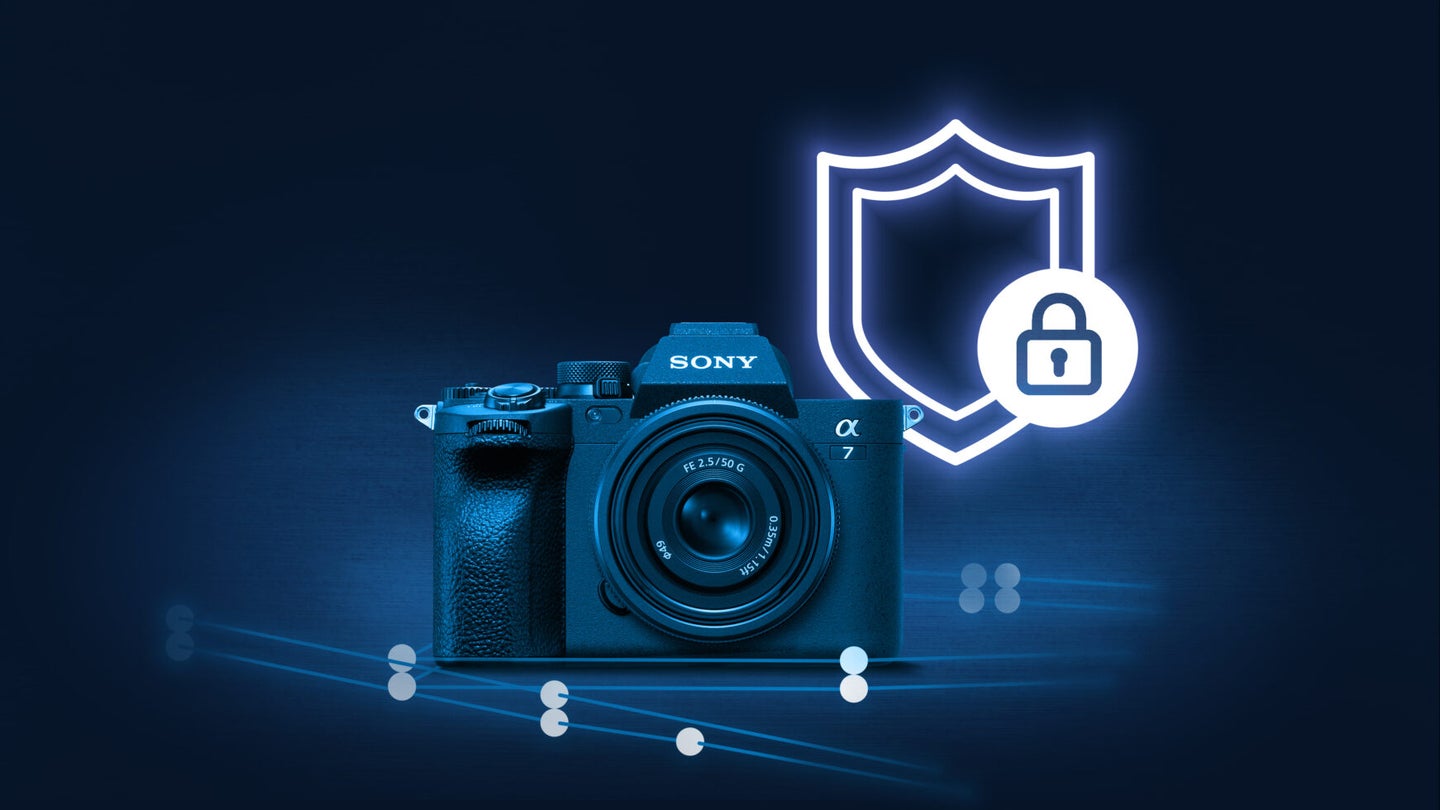 Sony has a new anti-forgery feature coming to the a7 IV mirrorless camera that adds a crypto signature to images—as soon as they’re shot—to help prevent duplication or manipulation. It’s designed for corporate customers, so don’t expect your holiday snaps to be getting digitally signed any time soon. Still, it’s an interesting idea with a wide variety of potential uses.

Related: Meta launches NFTs on Instagram… and they ‘shimmer’

Unfortunately, with any topic involving cryptography, it’s important to clarify that this has nothing to do with cryptocurrencies, NFTs, or any other Web3 thing. This is about cryptographically signing images at the point of capture so that their authenticity can be verified (not putting anything on the blockchain).

How it works is the camera’s processor cryptographically signs the image as it’s taken. While Sony hasn’t announced any specifics, this is something that has been talked about since at least the 1990s. The details might vary a little, but basically, some secret code gets embedded into the image that will break badly if something is changed.

So, if anyone modifies, tampers with, or edits the image, whether by shifting a few pixels or creating a total forgery, it will be obvious to anyone who knows how to check. Since it’s a cryptographic signature, this will involve some complex math similar to how passwords and passkeys work.

What’s the Sony anti-forgery feature for?

Not every photo needs to be verifiably authentic. If it’s just a selfie you shot on holiday, who cares if you put a filter on it? But in some fields, it is useful for an image’s authenticity to be quickly and easily verified.

Sony suggests that it’s “particularly applicable for passports and ID verification,” but also says that it could be used for tackling image manipulation in the media (a big concern with photojournalism). The other potential use cases it flags are in medicine, law enforcement, insurance assessment, and construction. These are all areas where being able to verify that an image was taken when and where its metadata implies and hasn’t been manipulated in any way, is useful.

Yasuo Baba, Director of Digital Imaging and European Product Marketing at Sony, said in the press release, “It is Sony’s mission to strengthen business solutions with cutting-edge imagery technology and our in-camera digital signing is a real gamechanger for combatting image manipulation and forgery across multiple industries.”

When will we see this?

Sony says that, for now, the anti-forgery feature is limited to the Sony a7 IV though it will potentially be expanded to other models if it is warranted.

The signing mode is only available to business users and they have to apply to Sony for a license to enable it. Presumably, it’s this license that will also allow these customers to configure their servers to automatically verify an image was shot with a specific camera.

Other than that, we don’t have a lot of details. Still, when so many stories are about how easy it is to fake photos, it’s nice to see another new method for securing them.