Sony a7IV review: a solid all-arounder for every shooter

Sony’s newest full-frame offering is top tier for both photo and video. 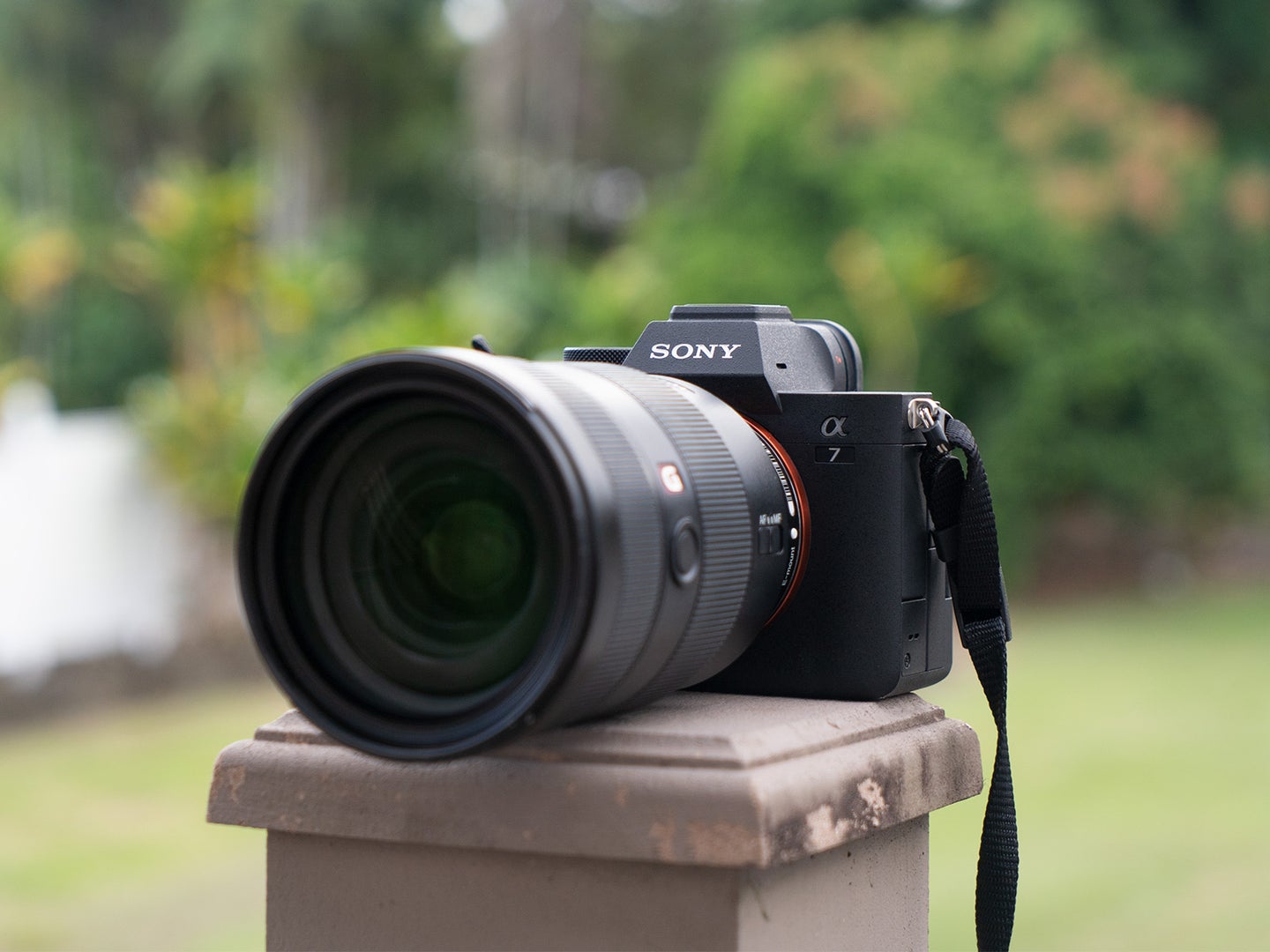 The Sony A7 series provides the bedrock for all of the company’s full-frame mirrorless offerings. While the A7S line ticks the boxes for video and low light performance, and the A7R is for the high-resolution fanatics, the A7 line sits squarely in the middle as an ideal all-arounder. For the fourth iteration, it has borrowed some high-end features from its most advanced—and expensive—models and brought them into this do-it-all body.

The a7IV brings some worthy updates, making it an excellent full-frame mirrorless camera suitable for many photographers and videographers, from sports and wildlife to portraits and vlogging. This latest version comes with a handful of new features and specs, including a new 33-megapixel sensor and an enhanced body design. It also has even better video and improvements to the already impressive autofocus system, making this one capable camera.

The a7IV doesn’t stray far from its predecessor in terms of body design. The two most significant changes are the battery grip and rear screen. The small grip of the a7III was a bit of a drawback for me, and the increased size of this new version feels quite a bit better, especially when holding it for more extended periods of time or with a heavy lens.

The camera is a little bigger and heavier as a whole, measuring at 5.2 x 3.8 x 3.1 inches, which is a smidge wider and deeper than the a7III’s 5 x 3.8 x 2.9. It also weighs 4.8 ounces more than the a7III. Though the size difference is very minimal, it does feel more hefty and robust, which I rather appreciate.

Sony upgraded the rear screen of the a7IV with full articulation instead of the simple tilt-out of the a7III. The articulating display is undoubtedly helpful in certain situations. For example, vloggers wanting to see what they are recording and those taking low-angle portrait orientation images will likely appreciate it. However, it isn’t everyone’s cup of tea. Those who primarily shoot horizontal photos and video from behind the camera may not prefer it. The screen resolution has also been improved from 922k-dot to 1.03m-dot and is noticeably sharper and brighter, making it easier to compose images and review them.

The video record button has swapped places with the C1 button, making it easier to start and end recordings without having to adjust your grip on the camera. There is also now a dedicated dial for switching between photo and video modes, which should make it faster to switch back and forth when trying to capture the moment. Lastly, the rear joystick has drastically improved, making it more responsive and easier to control.

I found the shutter button a bit stickier when pushed than the mark III, though that may come in handy for some when shooting in burst modes.

The a7IV has a new 33 megapixel back-side illuminated sensor. However, it is not stacked, so don’t expect something exceptionally fast like the flagship A1. In fact, it is only capable of 10 fps with lossy Raw and 6 fps with uncompressed Raw, which is lower than some of its main competition. The buffer rate somewhat makes up for that, though, and can handle up to 828 Raw files in a burst. In practice, that’s essentially limitless, and it actually is unlimited for JPG files.

Once again, Sony’s autofocus performs impressively. It upgraded the AI, and it is the most advanced autofocus yet on Sony cameras. The a7IV has what Sony calls “real-time tracking,” allowing you to tap on the screen to select your subject, then half-press on the shutter to lock on so no matter where it moves in the frame, the focus will follow. It is incredible how well the focus follows a moving subject, especially in videos. I found it a bit finicky for certain photo situations such as photographing in low light or with my black animals, requiring I switch focus modes more frequently, but it was exceptional in video work and easy to set and forget.

The large number of focus modes and options may be overwhelming for newer photographers. But, leaving the camera in AF-C with a flexible AF point and Face/Eye priority on with tracking works for most situations.

The focus was extremely reliable when photographing a human riding a bike past me or even a flower on a tree blowing in the wind, even with mostly out-of-the-box settings. But with my more sporadically moving black dog, the camera tended to miss focus more frequently without me toying around with the different focus settings, especially in the last light of the day.

With the new sensor comes higher image quality. It’s not leaps and bounds better than the previous model, but images from the a7IV are incredibly detailed. It also displays excellent dynamic range (Sony claims 15 stops), making it possible to bring back shadow and highlight detail that would have been lost or excessively noisy on other models. Performance at higher ISOs is solid, with minimal noise as high as 8000, even when bringing up shadow detail.

Sony has improved color handling with this model. The green cast that seemed ever-present in the a7III is almost entirely gone, and colors are now better coming straight from the camera. I did notice the auto white balance bouncing around a bit in some situations, such as in ever-so-slightly shifting sunlight, but overall it performed very well and produced accurate, pleasing colors across the board.

The a7III was the ideal choice for hybrid still and video shooters when it debuted. That’s due in part to its relative lack of competition. While it’s still an excellent hybrid option, its rivals have also caught up. That said, the video quality of the a7IV is excellent with some key upgrades. It is capable of 4K video up to 60 fps with 10-bit color depth. In addition, Sony’s S-Log3 mode allows for 13 stops of dynamic range, meaning you can pull back loads of detail in post and have more control over the final output.

The stabilization for video is also excellent, with two modes: Standard and Active. Standard mode uses the camera’s in-body stabilization to help smooth out handheld video. If more stabilization is needed, Active mode crops in some to use digital correction for extra stability. I took some footage while up in a small airplane, and the results were surprisingly smooth, with cropping barely noticeable.

The A7 IV offers a new tool for video shooters called breathing compensation mode. This mode crops in on video slightly to reduce the change in field of view that may happen when changing focus. Sony’s GM lenses struggle with this especially, so a fix is great to see. Unfortunately, the feature only works with GM lenses and some G series options as it needs a lens profile to adjust. It also selects the narrowest angle of view while focusing, so keep that in mind.

Sony users and those considering a switch to Sony will be pleased to hear that the menu systems have dramatically improved. Thanks to a more logical visual flow and more categories, they are now much more navigable, making it easier to find what you need without sorting through page after page. They are also more responsive to touch, making it quicker to go where you want. Plus, with how customizable the buttons are on Sony cameras, you can easily program your most-used settings into a button to avoid going into the menus almost entirely.

Another nice addition to the a7 range is a closeable mechanical shutter when the camera is turned off. The closed shutter should help reduce dust on your sensor when you change lenses, meaning you won’t have to clean it as often.

While the a7IV is an impressive camera, there is some strong competition at this price range. The Canon R6, Panasonic Lumix S1, and Nikon Z6II are the closest competitors, all with their own pros and cons. In this enthusiast-level camera range, there are bound to be trade-offs to keep the price down while still maintaining quality specs and features. The different cameras mentioned all choose different ways of managing that cost and feature balance.

The a7IV falls behind the Nikon and Canon in continuous shooting capabilities and all three cameras in regards to LCD resolution, but it has longer battery life and perhaps slightly better image quality. With the exception of the Z6II coming in about $500 cheaper, the rest are all right around the same price, so it’s really a matter of what is most important to you when choosing between the cameras in this range.

When you compare the a7IV to the a7III, the price of the new iteration is a bit high, given that it isn’t a huge upgrade. Still, it performs exceptionally well and is an excellent, well-rounded option for photographers who tackle both photo and video work and those who like to document a wide range of subject matter and genres.