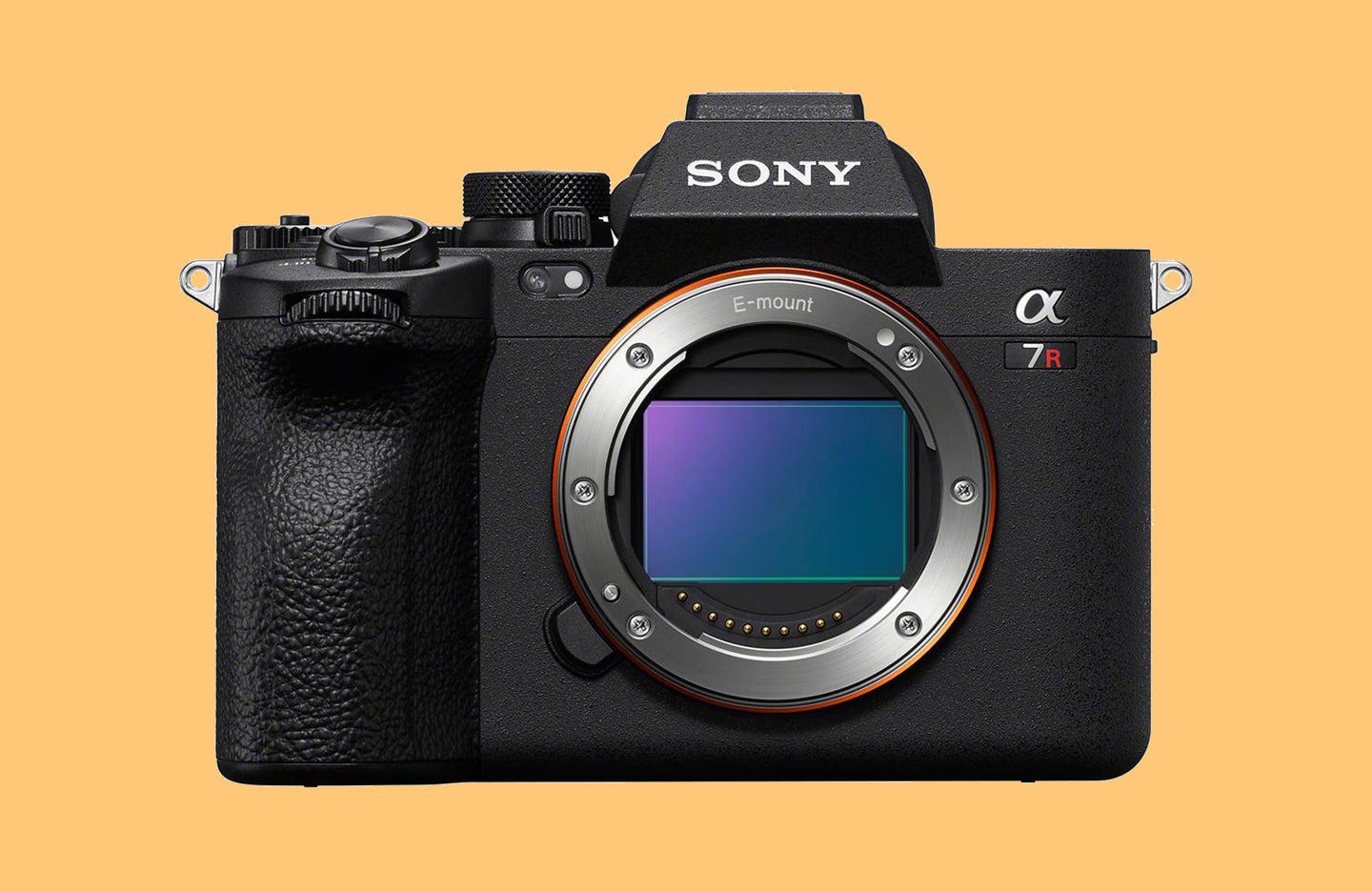 If you’re a Sony shooter and resolution is your primary concern, then the new Sony A7R V should have you very excited. The original A7R debuted all the way back in 2013 as the high-res option in Sony’s full-frame mirrorless camera lineup. The A7R V continues that tradition, pushing its resolution up over 60 megapixels while adding in an overhauled (and AI-trained) AF system. It’s currently available.

Like the A7R IV that came before it, the A7R V boasts a 61-megapixel resolution, which matches Sony’s flagship A1 camera. Unlike the A1, the Sony A7R V doesn’t offer a stacked sensor, but rather relies on a familiar backside-illuminated chip with an ISO range of 100-32,000. The sensor pairs with Sony’s latest BIONZ XR processor, which is it’s most powerful. Large, 61-megapixel files require a lot of processing power.

While the sensor hasn’t changed much from the previous mode, the in-body image stabilization has gotten an upgrade. Sony claims the new system can combat up to eight stops of camera shake in some instances. Sony also claims 15 stops of dynamic range in both still and video shooting modes.

AF has never been a strong suit for the A7R lineup, at least when compared to speedier siblings. Sony has attempted to change that here in the fifth version. The new system relies on an integrated AI processing module with deep learning capabilities. It allows the camera to recognize specific objects and track them more accurately, even if they move and change shape. Sony claims to have improved lock-on speed and tracking accuracy across the board when it recognizes an object.

The A7R V recognizes humans (obviously) as well as animals, insects, and vehicles. It tops out at 10 fps in compressed raw mode, which means it probably still won’t become a go-to for nature photographers trying to capture fast action. But, if you’re a wedding photographer or someone else who benefits from a lot of resolution, accurate AF will feel very welcome.

When it comes to video capture, the Sony A7R V can pull down 8K footage at up to 25 fps. That’s impressive, but not particularly useful since there are very few 8K displays on which to watch that footage. Shooters will likely get much more use out of the oversampled 4K footage, which comes from a 6.2K capture with no binning. The video modes support AF tracking as well as image stabilization to make capturing motion simpler.

Lots of updates all around

Look around the A7R V’s body and you’ll find a ton of new little tweaks that make this camera stand out from its predecessors. Sony has revamped its clunky menu system to make common functions much easier to find and adjust. The new viewfinder sports a 9.44-million resolution, which should prove extremely crisp and detailed.

Both memory card slots support CFexpress Type A cards, as well as SDXC cards for flexibility. That’s handy because CFexpress cards can get pricey and uncompressed 61-megapixel raw files can hog a lot of space.

The touchscreen display now tilts and rotates on four axis, which makes it extremely flexible for shooting at weird angles. Plus, the screen sits under a protective glass sheet that resists smudges and smears from your finger or your nose (when you hold the camera up to your face).

How does it compare to its competition?

The new A7R V costs $3,900. If that sounds familiar, it’s likely because it’s nearly the exact same price as Canon’s 45-megapixel R5. The two cameras share some considerable similarities, but the Sony is two years newer and has a considerable advantage when it comes to megapixels. The Sony and Canon both check in about $500 more expensive than the 45.7-megapixel Nikon Z7 II. I fully expect this segment of the mirrorless camera market to stay very competitive over the next few years. These high-res bodies still offer excellent AF and fast capture speeds, which means the extra resolution comes without much of a performance penalty. That can really come in handy for wedding shooters and other pros who want a lot of raw material to work with.