From the midst of a war zone, Skylum nevertheless ships software improvements for Luminar Neo

The Luminar Neo 1.0.2 update is a triumph over adversity for the Ukraine-based company. It brings both new features and bug fixes to the brand's flagship editing software. 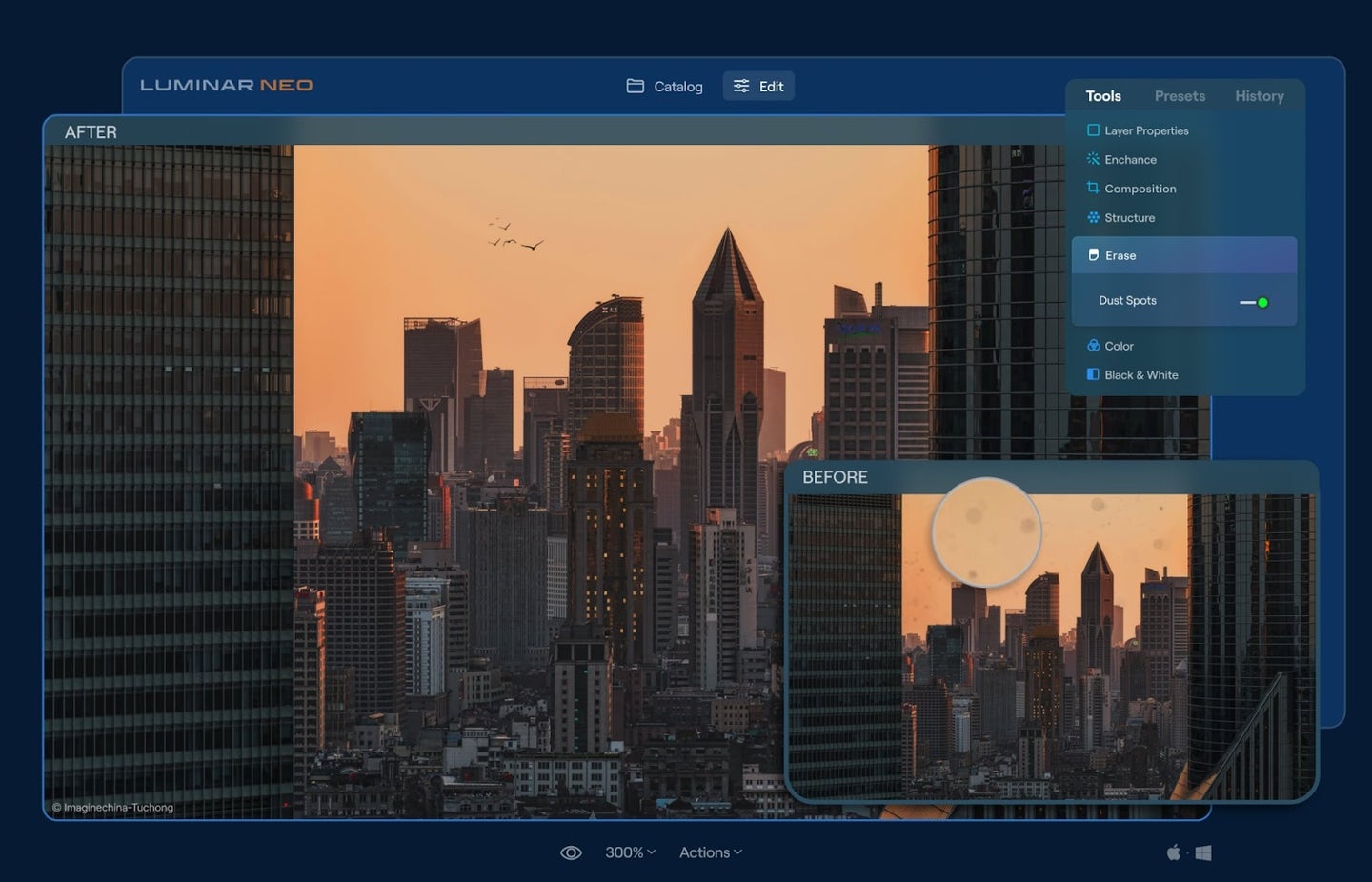 Although the software company Skylum has a US headquarters in Bellevue, Washington, these days, most of the company’s employees are based out of a development center in embattled Kyiv, Ukraine. And with their country at war, times have been understandably tough. But despite the chaos of a foreign invasion, Skylum’s staff are striving to retain some sense of normalcy—just last week they shipped a fairly substantial update to the brand’s flagship image editing platform, Luminar Neo, adding new features and fixing bugs.

If you’re not familiar with Skylum, you may already know the company by its previous name, MacPhun. Founded in 2008 as an iPhone software developing company by two Ukrainian programmers with a love of photography, MacPhun changed its name to Skylum in early 2018, helping to reinforce its transition to become a platform-agnostic brand. Numerous popular products over the years have included tools like Vintagio and FX Photo Studio for iOS as well as Windows/MacOS apps like Photolemur, Aurora HDR, and the Luminar series.

Since its debut in 2016, Luminar has subsequently branched to become two distinct products filling distinct needs. Luminar AI is more of a rival for the photographer-centric Adobe Lightroom, whereas the Neo variant aims its sights instead at Adobe Photoshop.

First unveiled in September 2021, Luminar Neo only recently went on sale from February 17th of this year, just five days before Russia threw Ukraine into turmoil by invading its peaceful neighbor.

Software improvements, against all odds

Related: The promise and difficulty of AI-enhanced photo editing

With the Ukrainian government forced to call up its military reserves and many of its citizens understandably leaving homes and offices behind, we’re sure most of Skylum’s customers would have been understanding had a developmental pause been needed. And yet that’s not what the company has done in its moment of national crisis.

Instead, Skylum has demonstrated its country’s strength and resilience by continuing to work on Luminar Neo, even with the ongoing fight to save the Ukrainian way of life. And it has done so despite many of Skylum’s staff being forced to seek safety abroad or leave the company’s development center in Kyiv to return to their families in other parts of the country.

Luminar Neo version 1.0.2, released late last week, squashes some bugs discovered since the product’s launch. It also includes a fair few new features like support for copying and pasting edits between images, plus a new 3D transformation tool. There’s also new support for PNG alpha-channel transparency layers, a slider to adjust the framerate of effects, and support for adding files or folders using Windows’ “Add Photos” functionality. A further update is expected to follow with more improvements in the next few weeks.

A message from Skylum about the war

If you’re wondering how Skylum has managed to keep its development moving in spite of everything, you’re not alone. To help keep the company’s customers updated, CEO Ivan Kutanin discusses how the war is affecting the company’s operations in the video above. You can also read an even more detailed statement here, from which a few key points, in particular, stand out to us:

Customers can help with the resistance too by contacting Skylum to donate their unneeded drones for unarmed surveillance use, helping to protect the Ukrainian public with real-time aerial imagery. A full list of the most-needed drone models can be found here.

You can also help by supporting Ukrainian companies like Skylum by continuing to purchase their products. For Skylum specifically, Luminar Neo is available immediately, priced at $79 for a perpetual license, or $59 for an annual subscription. Luminar AI, meanwhile, is also available for $47 for a perpetual license. More details can be found on the Skylum website.