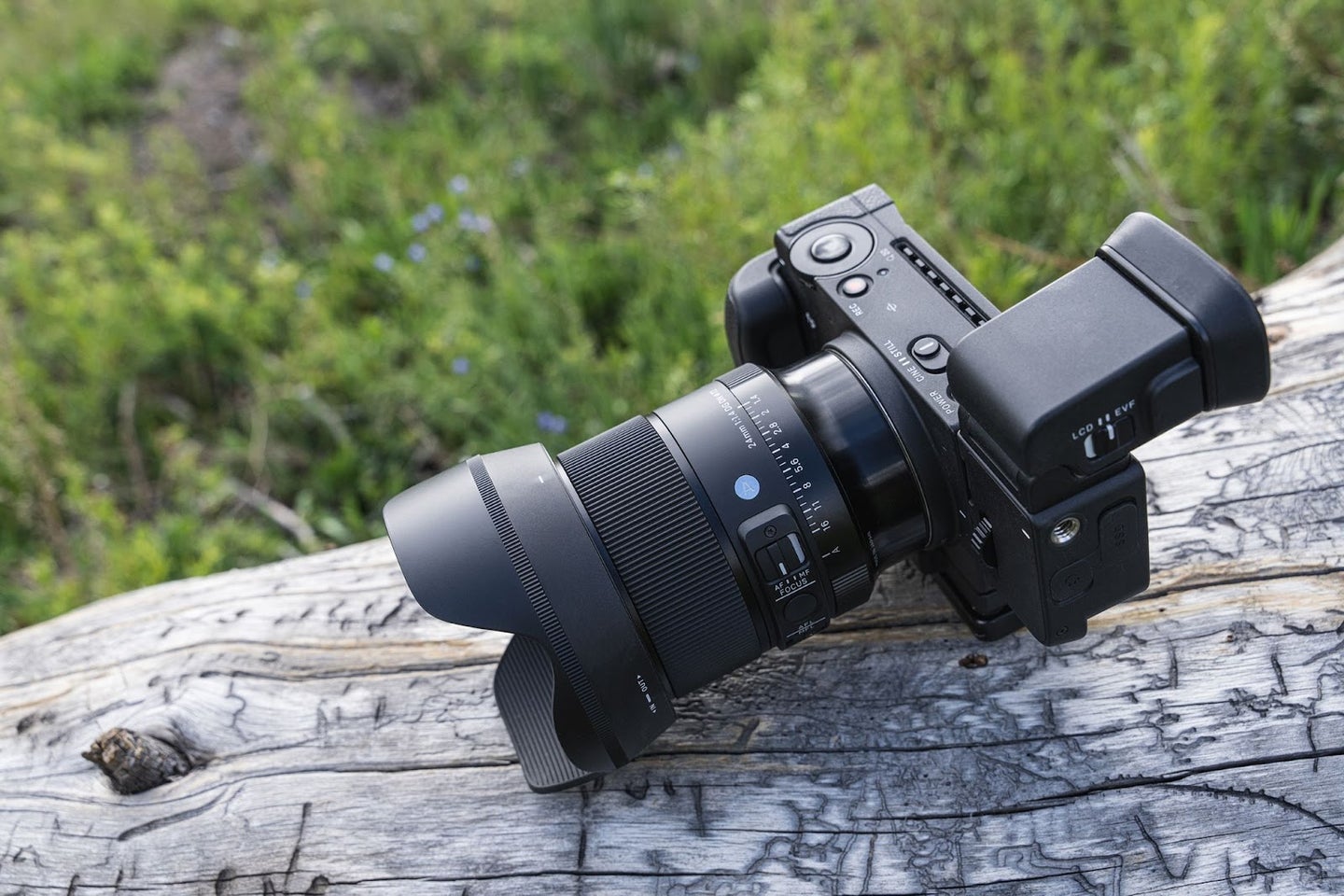 The new lenses will be available in E- and L-mount. Sigma
SHARE

You can start your week with some good news if you’re in the market for a wide-angle lens and shoot a full-frame E-mount or L-mount camera. Sigma has just announced two new Art-series, wide-angle primes, the Sigma 20mm f/1.4 DG DN and Sigma 24mm f/1.4 DG DN, both of which ship later this month.

Of the pair, the Sigma 20mm is the more specialized optic, while the Sigma 24mm is the more compact option and likely to have broader appeal. Both are designed specifically for mirrorless cameras and follow in the footsteps of earlier lenses which were available in either SLR or mirrorless variants.

Who are they for?

Both lenses are aimed at astrophotographers in particular, as they are designed to render point light sources sharply and with high detail. With that said, either lens could also be used for more general subjects, and the 24mm, in particular, is also aimed at both photographers and videographers shooting subjects as diverse as landscapes, architectural, street and wedding photography.

The 20mm f/1.4’s predecessor is the 20mm f/1.4 DG HSM Art which first arrived in late 2015. The 24mm f/1.4, meanwhile, follows on from the 24mm f/1.4 DG HSM Art, first introduced earlier the same year. Both lenses are far smaller and lighter than their immediate predecessors, just as you’d expect given that these are now mirrorless-specific lenses rather than repurposed SLR designs.

When compared to the SLR-friendly 20mm f/1.4, its mirrorless equivalent is a full 1.6 inches shorter and weighs almost 40% less than before. The 24mm f/1.4 hasn’t lost quite as much heft, but it’s still 31% lighter, 0.7 inches shorter, and has shed 0.4 inches in diameter when compared to its SLR-oriented forebear.

Both lenses are veritably packed with controls. Each has both manual focus and aperture rings, as well as a focus mode switch, customizable focus hold button, and a switch that can disable the optional click detent for the aperture dial, allowing smooth and stepless aperture control during video recording. In addition to these, Sigma has debuted a new Manual Focus Lock switch on both lenses, allowing you to override the focus ring and prevent accidental changes of focusing distance between shots.

The pair are also both dust and water-resistant thanks to comprehensive sealing, not just at their brass lens mounts but also for all controls and seams throughout. Both also include rear filter holders, locking petal-type lens hoods and, for the L-mount variants only, compatibility with Sigma’s optional UD-11 USB Dock accessory. Up front, you’ll find 82mm filter threads on the 20mm f/1.4, and 72mm threads on the 24mm f/1.4. In addition, the 20mm optic includes a lens heater retainer to help astrophotographers avoid condensation issues.

Both lenses feature complex optical formulae with a bevy of different exotic elements and coating types in play. The combination of all these technologies, says Sigma, should deliver sufficient image quality to satisfy pros. Of particular importance to astrophotographers, both lenses are said to render point light sources crisply, thereby avoiding issues with sagittal coma flare. The duo also aim to minimize distortion.

The 20mm f/1.4 features 17 elements in 15 groups, including two SLD and three aspheric lens elements. The 24mm f/1.4, meanwhile, has the same number of elements with one fewer group but boasts two FLD, one SLD, and four aspheric elements, including a double-sided aspheric front element. The two lenses also share 11-bladed, rounded aperture diaphragms, and are capable of stopping down to f/16.

Both lenses use hydrophobic and oleophobic coatings on the front lens elements to help prevent smudges, water droplets, and dust from adhering to them, as well as Sigma’s Super Multi-Layer coatings, to help combat flare and ghosting. In addition, the 24mm adds Sigma’s silica-based Nano Porous Coating for better results with backlit subjects.

Sigma has provided the following sample images showing the new 20mm and 24mm lenses in use.