The accessory for the company’s line of lights delivers the ability to dial in diffusion—and more—right from a smartphone. 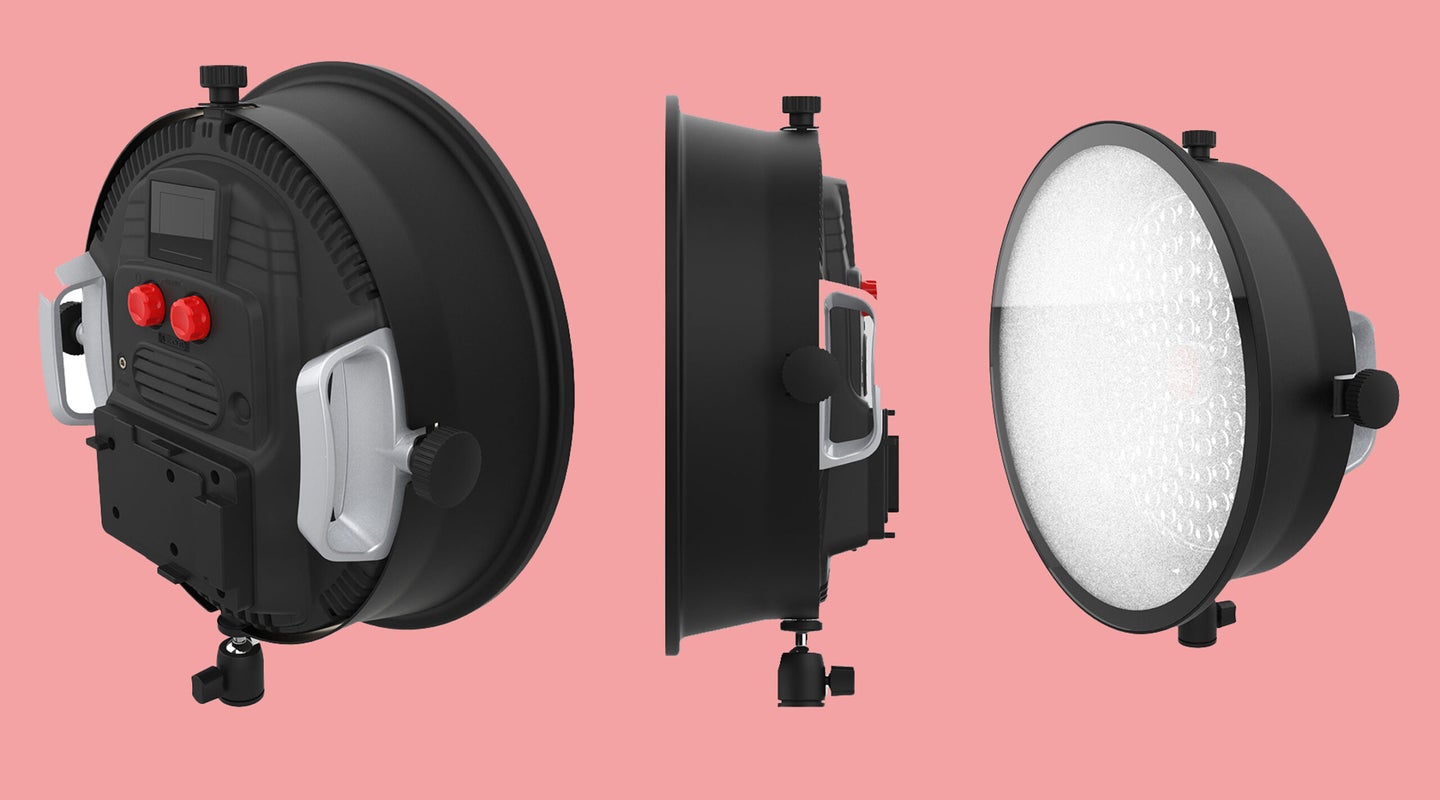 The Rotolight SmartSoft Box is a $499 accessory for Rotolight’s AEOS 2 lights. Rotolight
SHARE

British light manufacturer Rotolight has announced the SmartSoft Box—the “the world’s first intelligent electronic softbox”—as an addon for its AEOS 2 lights, according to Amateur Photographer. It’s got some neat technology that will allow photographers to adjust the diffusion, focus, and spread of their lights without having to use any other modifiers. It can even be controlled from Rotolight’s smartphone app.

The SmartSoft Box is a $499 accessory for Rotolight’s AEOS 2 lights, which offer high-speed flash and continuous RGB lighting with 2,500 digital filters in a portable, battery-powered package.

The SmartSoft Box adds 1.5 stops of adjustable “electronic diffusion” which photographers can use to create hard or soft light without having to use physical modifiers. They’ll be able to adjust the diffusion, focus, and spread to dial in exactly the effect they want, either with the controls on the SmartSoft Box or the Rotolight app (which also lets them adjust the color and filter of the AEOS 2 lights).

Rotolight developed the SmartSoft technology for its Titan line of cinema lights. It’s been used on production for movies like the latest Bond film, No Time to Die, and the latest Batman film, The Batman, and TV shows by Netflix, Amazon Studios, and the British broadcaster Sky.

It works using “crystals” (yes, really) that are naturally cloudy but turn transparent when an electric current is run through them.

While this is undeniably cool technology, we don’t think we’ll be seeing many amateurs rocking them too soon. With the base AEOS 2 light kit starting at $1,400 and the SmartSoft Box costing an extra $500, a three-point lighting setup is going to cost as much as a secondhand car. It’s obviously aimed at professionals for whom the financial outlay is secondary to the convenience of being able to dial in every aspect of your lighting with a smartphone.

Rod Aaron Gammons, Rotolight’s CEO, told Amateur Photographer the SmartSoft Box is “a revolution in lighting control that saves time and money for photographers and filmmakers.” He continued, saying Rotolight is ”at the cutting edge of patent-protected industry-first technologies in the lighting industry, providing our customers with unique, state-of-the-art tools that enhance creative possibilities on set.”

Award-winning commercial and fashion photographer Sam Nash (who works with Rotolight) said, “The new SmartSoft Box has revolutionized how I can control light. It simply allows me to create pictures with just one modifier that have never been possible before. It’s a game-changer in how I control light for both my commercial photography and has saved me so much time. The ease of use is phenomenal.”

How to buy a SmartSoft Box?