Your film is either hot or not (hopefully, not). 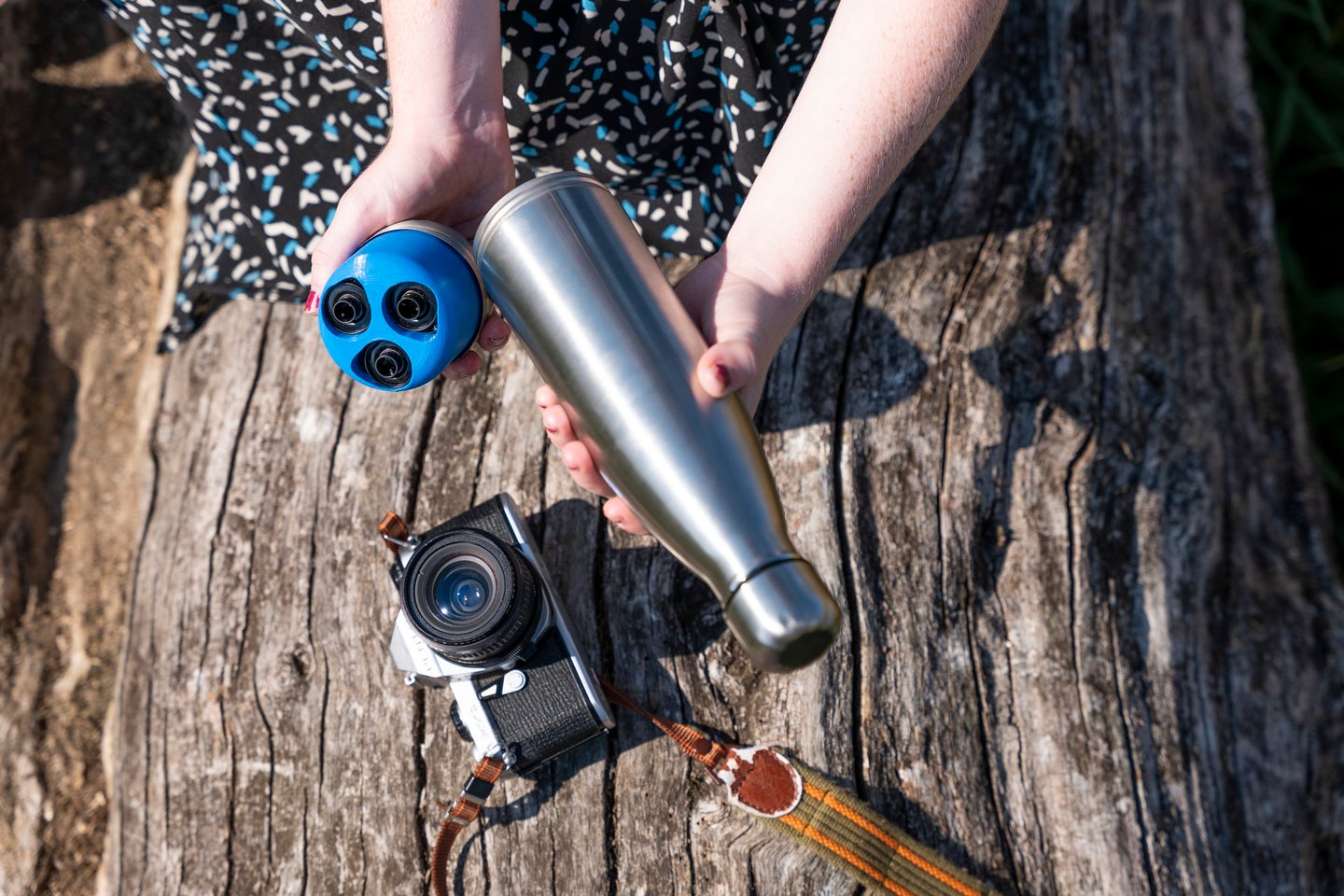 Film photographers know the delicate nature of the medium. While the analog stuff offers excellent exposure latitude, put a roll through less-than-ideal conditions and at best, you’ve got an experiment on your hands, and at worst, a completely blank roll. We’re talking airport scanners, extreme heat, sun exposure, high humidity, etc.

As a result, many film shooters store their precious celluloid in the dark, cool safety of a refrigerator or freezer. But what about when you’re out traveling or in the field with film? How do you keep it cool? That’s where the PPP Film Holder just might save the day—it’s a film chiller and hydration solution all in one.

About the PPP Film Holder

Related: Here’s your chance to beta-test a brand-new half-frame camera

The PPP Film Holder, from UK-based PPP Cameras, is a standard reusable water bottle with a slick, 3D-printed film storage compartment located on the bottom. This attachment can keep your Kodak, Fujifilm, etc. cold for up to 24 hours, even on the hottest summer days.

Who is PPP Cameras?

There are a lot of ways to get creative with film storage—what’s your take on this one? With its dual-purpose proposition, the PPP Film Holder looks like a pretty convenient summer solution.