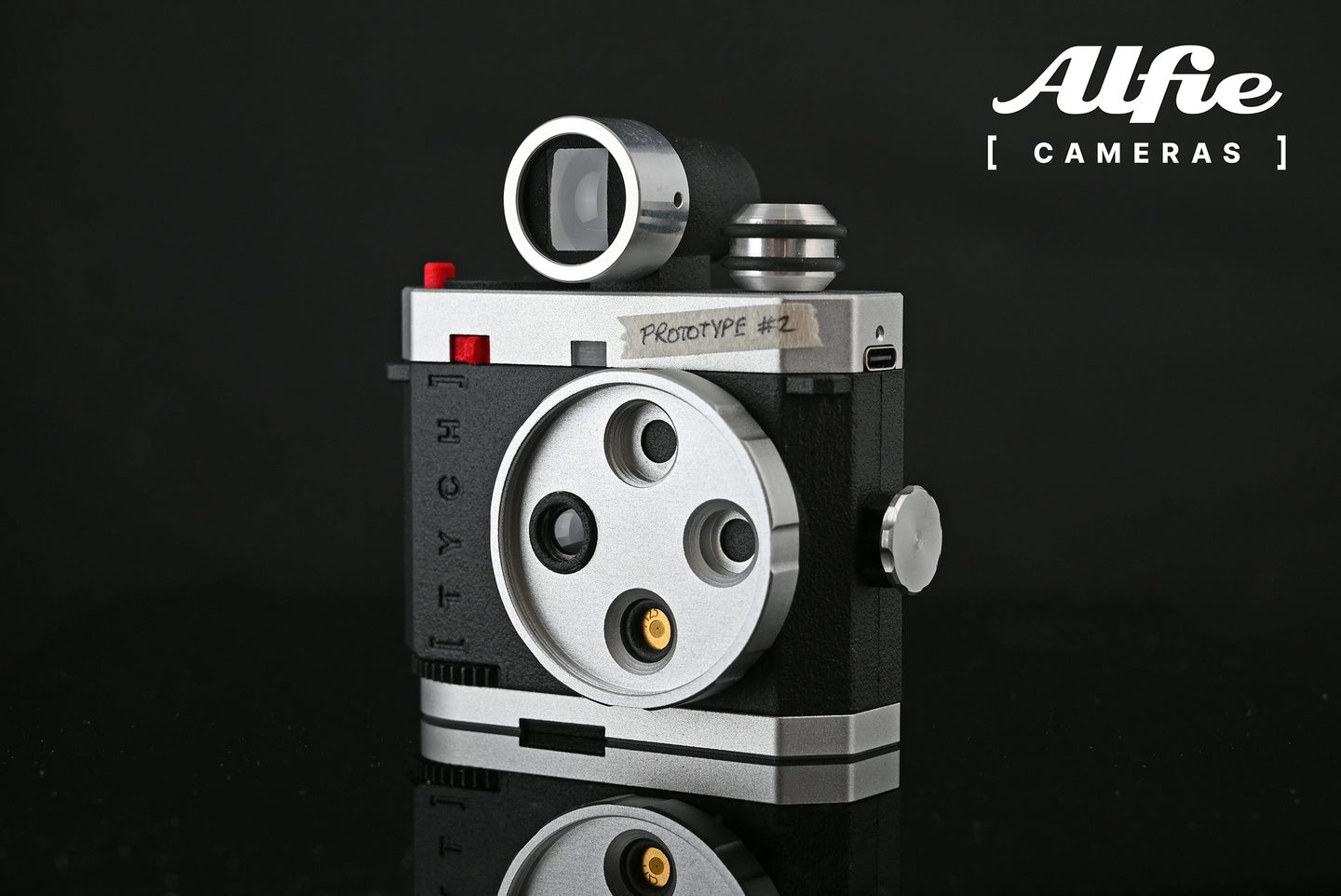 UK startup Alfie Cameras is looking for beta testers for the Alfie TYCH, its under-development half-frame 35mm film camera, ahead of a planned Kickstarter launch this September. If you’re game to provide feedback on a weird and wacky new film camera, you can sign up on Alfie Cameras’ website. If you need a little more convincing, here’s what you would be signing up for.

Half the frame, double the fun

Like the recently released Kodak Ektar, the Alfie TYCH is a compact and pocketable half-frame camera which means you get 72 half-size photos with a standard roll of 35mm film. The name TYCH is a play on diptych, a term for two pieces of art that are designed to be considered together—something that is often done with half-frame cameras.

If cost is one of your concerns with shooting film at the moment, these half-frame cameras offer a lot of opportunities for more affordable and creative fun.

While many modern film cameras (and other products) go for a retro vibe, the Alfie TYCH is conspicuously modern. In its current prototype form, it looks totally different from any camera I’ve ever seen before.

Most uniquely, it has three lenses—and potentially room for a fourth. At present, they’re an f/8 meniscus lens repurposed from Kodak Funsaver disposable cameras, a pinhole lens, and something called a Zone Sieve lens.

In an interview with 35mmc, Dave Faulkner, Alfie Camera’s owner and designer, explains that “Zone Sieve lenses are created so that lightwaves interfere with each other giving the images a rather dreamy look.” How this plays out in the TYCH, will presumably depend on feedback from the beta testers.

There’s also a fourth slot on the lens selection wheel. In the same interview, Faulkner explains that he’d like to include a glass lens but that would require working with a partner and may be something for a future version of the TYCH.

Unlike a lot of half-frame and other weird and fun cameras, the TYCH comes with both automatic and fully manual shooting modes. You will even be able to shoot double exposures if you like. Combined with the three different lenses, this allows for a wild amount of unusual creative shooting options.

The TYCH also has a battery that charges over USB-C. If tracking down old batteries is one of the things you like least about film photography, that’s sure to be a bonus.

While the Alfie TYCH seems to be a relatively fully realized idea, it’s important to note that it is very much still in prototype mode. That’s why Faulkner is looking for beta testers.

The final pricing, availability, and even appearance are unlikely to be known until the Kickstarter launches. According to Alfie Cameras, they are planning for September—though as with all physical products, we wouldn’t be surprised if that slipped a few weeks.

Still—we’re super excited to see such a novel and weird camera get developed. And I’ve already volunteered myself for beta testing.