Double the fun: The Kodak Ektar H35 is a new, affordable half-frame camera

Dive into a world of diptychs and double your frame count with this pint-sized pocket cam. 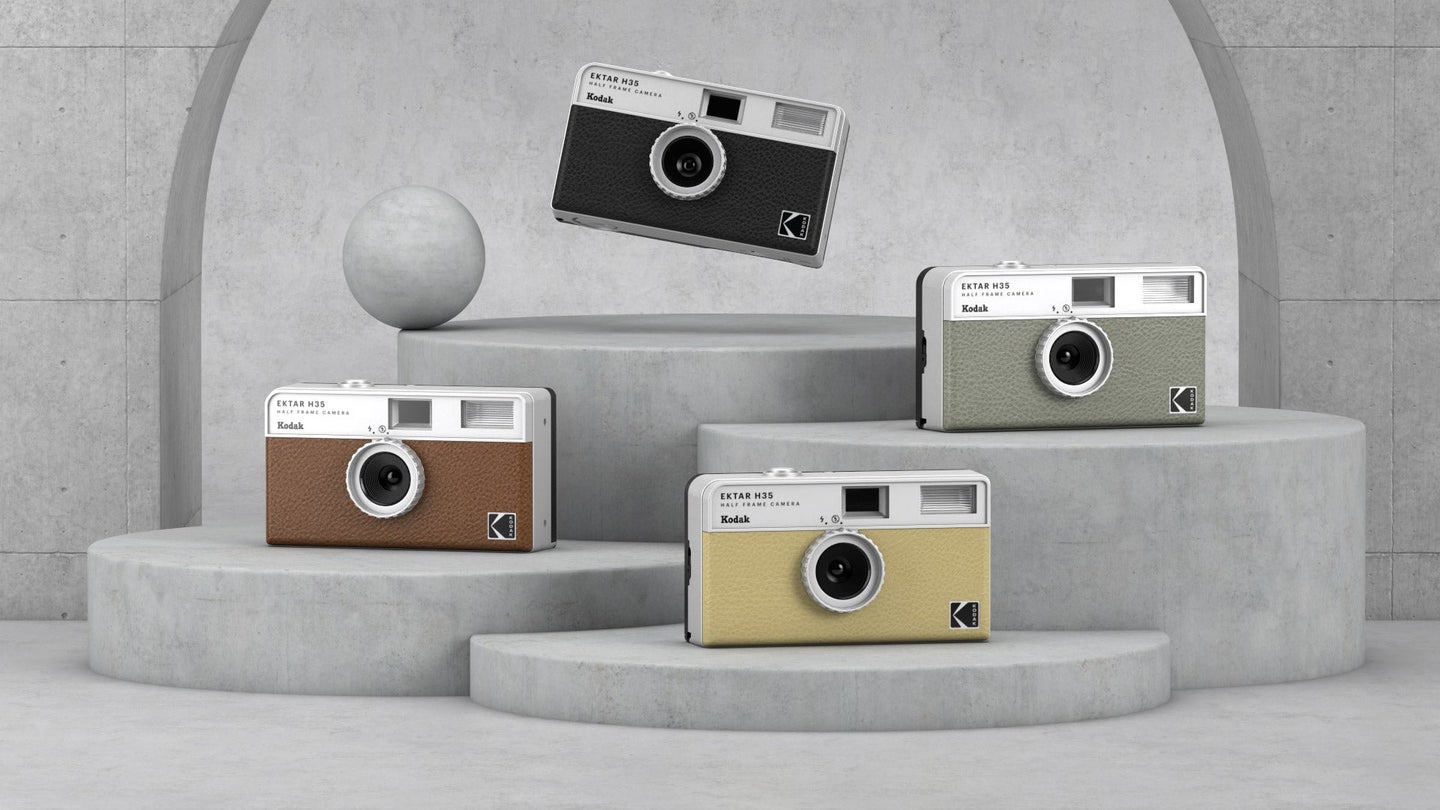 Those bitten by the analog bug acknowledge a sad truth: Film is expensive and based on the most recent price hikes, costs aren’t going down anytime soon. And, while we continue to stock up on $16 rolls of Kodak Portra 800 and pay the market rate for a now dwindling supply of Fujifilm 400H (both with a heavy sigh), our ears will always perk up at the mention of a cheaper way to shoot film. Enter Reto’s new Kodak-branded Ektar H35 half-frame camera, a pocketable little thing that gives you 72 exposures instead of the usual 36 (or 48 instead of 24). We’re interested.

The camera might be the true definition of portable. Its petite dimensions (4.3 x 2.4 x 1.5 inches) and minuscule weight (3.5 ounces) mean you can take it just about anywhere—it comes with a strap and case for effortless carrying. There are four colors available: Black, Sage, Brown, and Sand.

The manufacturer, Reto, touts the camera as easy to use, even for beginners, and as a way for film photographers to cut down on costs. The half-frame Kodak Ektar H35 has a manual wind and rewind, a fixed shutter speed of 1/100 sec, and a 22mm lens with a fixed f/9.5 aperture. The lens is made of optical-grade acrylic and consists of two elements.

Additionally, photographers can activate a built-in flash by turning the silver ring around the lens. Reto claims that this will give users the flexibility to shoot both indoors and outdoors. The camera requires one AAA alkaline battery, which is not included in the package.

With so few controls and even focusing fixed, there’s not much to operating this little camera beyond pointing and shooting (and that’s clearly the point). Still, the samples look pretty solid, showing a variety of interior and exterior lighting conditions, which the camera appears to handle well.

The all-acrylic lens seems to offer surprisingly good center sharpness with less vignetting than expected. And the 22mm focal length is equivalent, roughly, to a 35mm field of view, which is perfect for everyday snapshots. We are, however, curious to see just how powerful that flash is.

We’ve reached out to Reto for a test unit and hope to try out the Kodak Ektar H35 sometime soon. We’ll report back with some samples and impressions when we do.

How to buy the Kodak Ektar H35 half-frame camera

At $49.99, the camera has a low barrier to entry (as far as film and photography go). Pre-orders are currently available and will be filled by late July. Photographers can order the Kodak Ektar H35 on Reto’s website and/or check their list of authorized dealers by country as well.