The footage is the highest quality observation of a Phobos solar eclipse ever recorded. 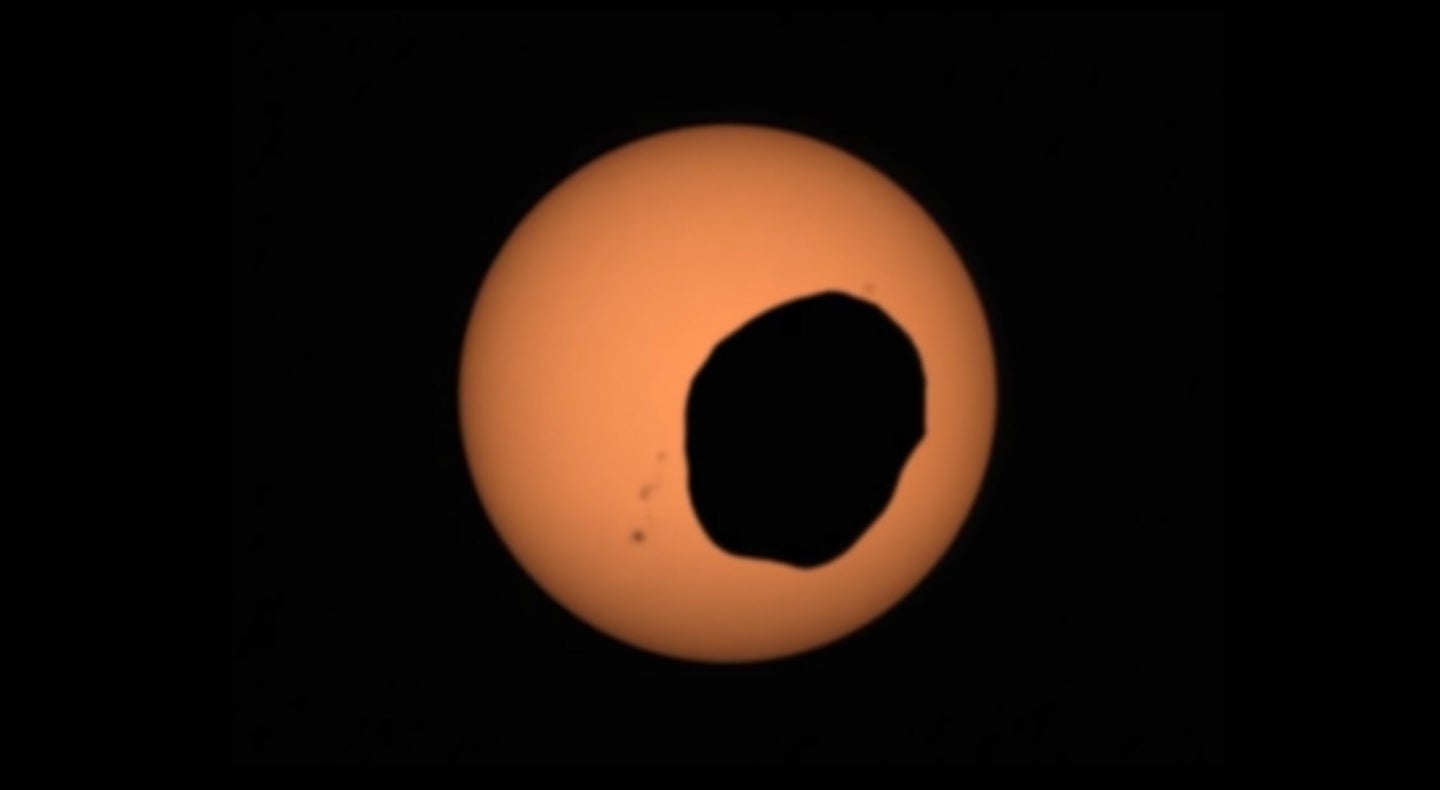 It’s no secret that around here, we love a good eclipse. From a red moon to a total solar eclipse, the phenomenon is both fascinating and fun to observe. But throw the event on Mars, and things get just that much cooler. And, thanks to NASA’s Perseverance Mars rover, we can now observe the highest quality recording of a solar eclipse from the Red Planet.

“I knew it was going to be good, but I didn’t expect it to be this amazing,” said Rachel Howson of Malin Space Science Systems in San Diego, one of the Mastcam-Z team members who operates the camera.

What scientists saw during the eclipse

The entire eclipse lasted about 40 seconds, which is a much shorter duration than we’d experience here on Earth. The reason? Phobos is 157 times smaller than our moon. The rover offers us the unique perspective of experiencing the eclipse as if we were standing on the planet.

“You can see details in the shape of Phobos’ shadow, like ridges and bumps on the moon’s landscape,” said Mark Lemmon, a planetary astronomer with the Space Science Institute in Boulder, Colorado, who has orchestrated most of the Phobos observations by Mars rovers. “You can also see sunspots. And it’s cool that you can see this eclipse exactly as the rover saw it from Mars.”

Thanks to upgraded technology, Perseverance was able to focus right in on the event. Though past missions have recorded Phobos eclipses (rovers Spirit and Opportunity filmed the first time-lapses in 2004), this time around, the Mastcam-Z was able to deliver zoomed-in footage with a speedy frame rate. Howson likened seeing the footage to opening presents on Christmas morning.

Don’t judge a moon by its size

Though Phobos is quite a bit smaller than Earth’s moon, it still exerts an incredible amount of force on Mars. Scientists are studying its orbit and gravitational pull on the planet’s surface—Phobos is reshaping Mars’ crust and mantle.

But, mighty as it may be, the moon is still doomed—it’s eventually projected to slam into the red planet. Eventually, however, means tens of billions of years, so there’s still plenty of time left for scientists to collect their observations.