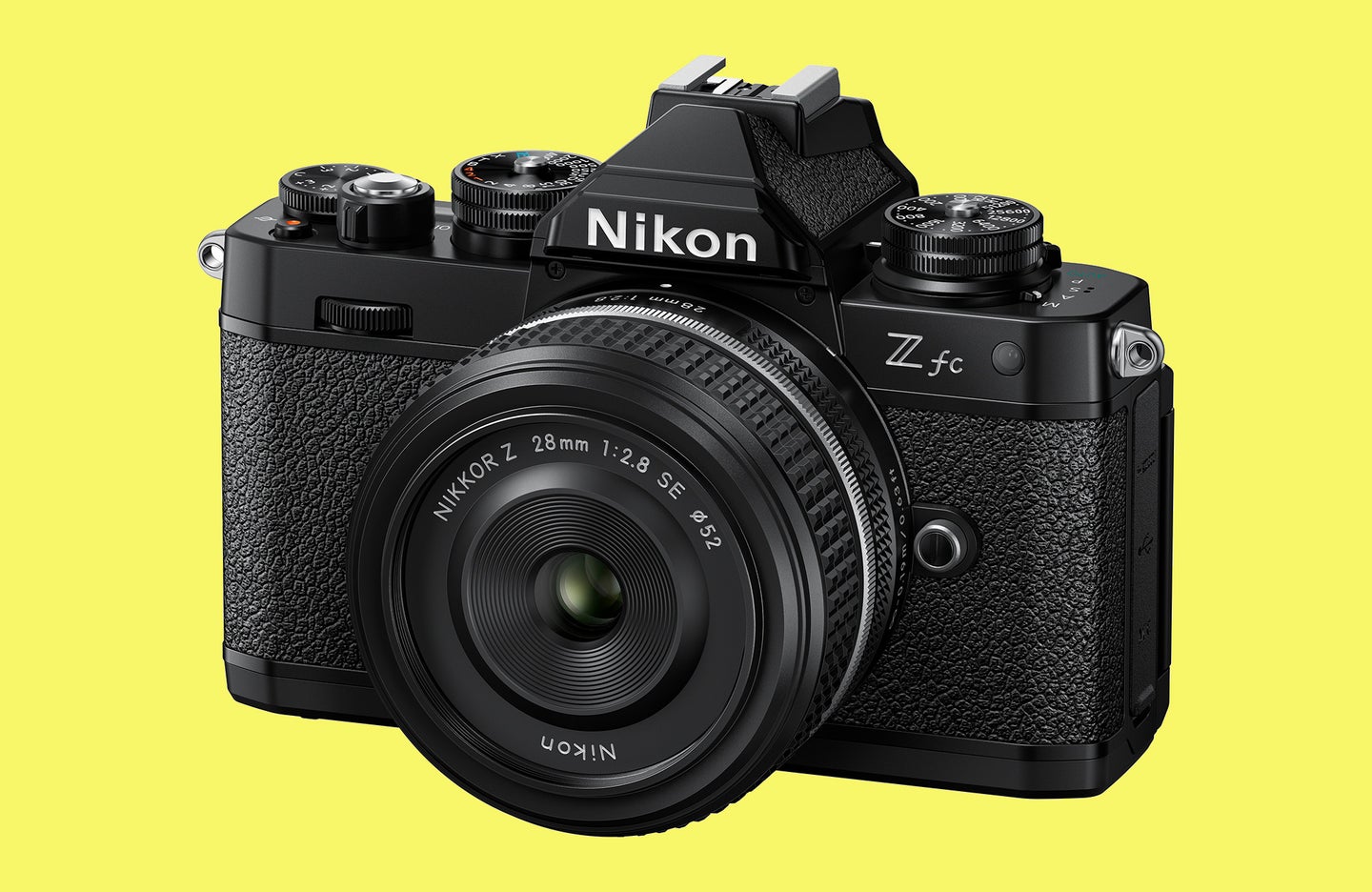 Take a quick glance at Nikon’s new Z 40mm f/2 (SE) lens, and you might think it’s a vintage lens. The silver band around the lens and distinctive pattern on the focus ring make clearly flick at the design inspiration it draws from Nikon’s old manual focus F-mount lenses. To go along with it, Nikon has also announced a special all-black edition of its Z Fc APS-C mirrorless camera to match that retro vibe.

A new lens with classic style

The new Z 40mm f/2 (SE) (which is currently available for pre-order) looks a lot like Nikon’s vintage glass. It specifically reminds me of the old 50mm primes, including the value-oriented E-series (of which I own roughly eight) and the much better f/1.4 version (of which I only own three). The new lens weighs in at just six ounces and measures just 1.8 inches long. Inside, it has six elements spread across four groups, as well as a nine-blade diaphragm, which should pump out some very pleasing bokeh. Technically speaking, it’s basically the same lens as the standard Z 40mm f/2.

You won’t get an aperture ring like you would on Nikon’s vintage Ai-S glass, but the new 40mm f/2 does offer a fully electronic diaphragm that’s simple to control with controls on the camera. You can program the onboard control ring to adjust aperture, as well as ISO, focus, and exposure compensation, depending on your preferred setup.

It focuses down to 0.96 feet and it’s weather sealed against dust and drips. It’s not the burly ruggedization Nikon gives its super high-end lenses, but it should be able to survive regular use and the occasional drizzle.

It throws an image circle large enough to cover a full-frame sensor and the 40mm focal length offers a slightly looser frame than the typical 50mm offerings. That should make it appeal to street photographers who will already appreciate the small size.

At $309 retail, it’s slightly more expensive than the standard Z 40mm f/2, but I personally think the style upgrade is worth an extra $20 or so.

If you’re trying to keep your whole kit matching, Nikon also just announced an all-black version of the Z Fc APS-C mirrorless camera. The original Nikon FM2 manual film SLR looked its best in all-black, and I think the Z Fc is the same. The camera itself maintains all the same technical specifications, including the 20.9-megapixel APS-C sensor, eye-detection AF, and 4K video capture at 30 fps. The new Z Fc Black edition will cost $1,199 as a kit with the DX 16-50mm f/3.5-6.3 VR lens in late November. Nikon will only sell the special Black Edition through its own online store. It’s taking a page out of the Leica book there.

While neither of these pieces of gear introduce anything new from a technical standpoint, I really like the design of both. I think the Nikon FM2 is one of the best-looking cameras of all time, and I fully support Nikon diving back into that aesthetic. Now, if only we could convince the company to start making the updated FM3a again, film shooters would have something to really celebrate. Leica did it. It’s your turn, Nikon.