French company Newland Camera has an adapter that allows the legendary cameras to run on new Polaroid film. 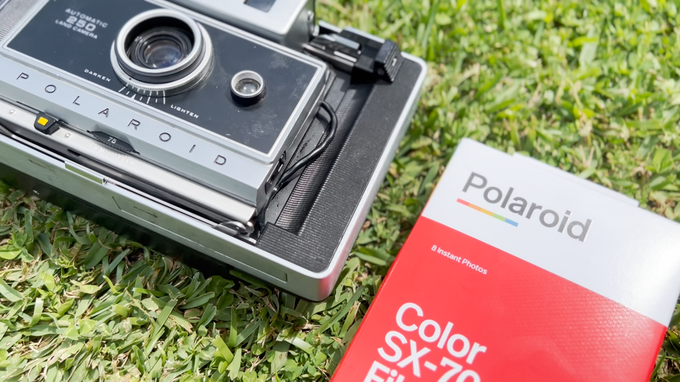 Ever since Fujifilm discontinued its FP-100C film for the classic Polaroid Land Camera line six years ago, packs have been hard to come by—and increasingly expensive, too. One photographer reported paying up to $130 for a single cartridge. But, that may be about to change: French-based company Newland Camera is running a Kickstarter campaign to launch an adapter for Land Cameras that would make them compatible with new (and, at around $20, much, much cheaper) Polaroid film.

About the Newland Camera Polaroid adapter

The adapter is compatible with a bevy of Land Cameras spanning the 100-400 lines, plus the M60/80 and Countdown 70/90. The kit comes with a resin, 3D-printed adapter that connects to the back of the camera—plus the tools needed to make the switch. Their demo video shows that one simply needs to remove the pin attaching the old film back, swap for the adapter, and screw everything back together. Newland Camera is sourcing the parts, which include a glass lens, steel tool, and screws, from around Europe.

If the Land Camera is automatic, the adapter makes it work with SX-70 film with the speed setting is at 75; for 600 film, the speed setting should be 300. Otherwise, a neutral-density filter should be used. i-Type film does not require a battery, but the photographer must wind a manual crank to eject shots.

How to back the Newland Camera adapter

Backing crowdfunding campaigns can be risky, so make sure to do your research before diving in. The company claims that they have been developing the adapter since 2017, and have tested it via their Pioneer Program, with participants coming from many places including the United States and Australia.

The project is currently active on Kickstarter, and its campaign will  end on August 31. A pledge of about $300 will land the buyer an adapter plus accessories (steel tool to change the doors, glass lens for focal correction, small square viewfinder), excluding shipping. The estimated delivery date is May 2023.