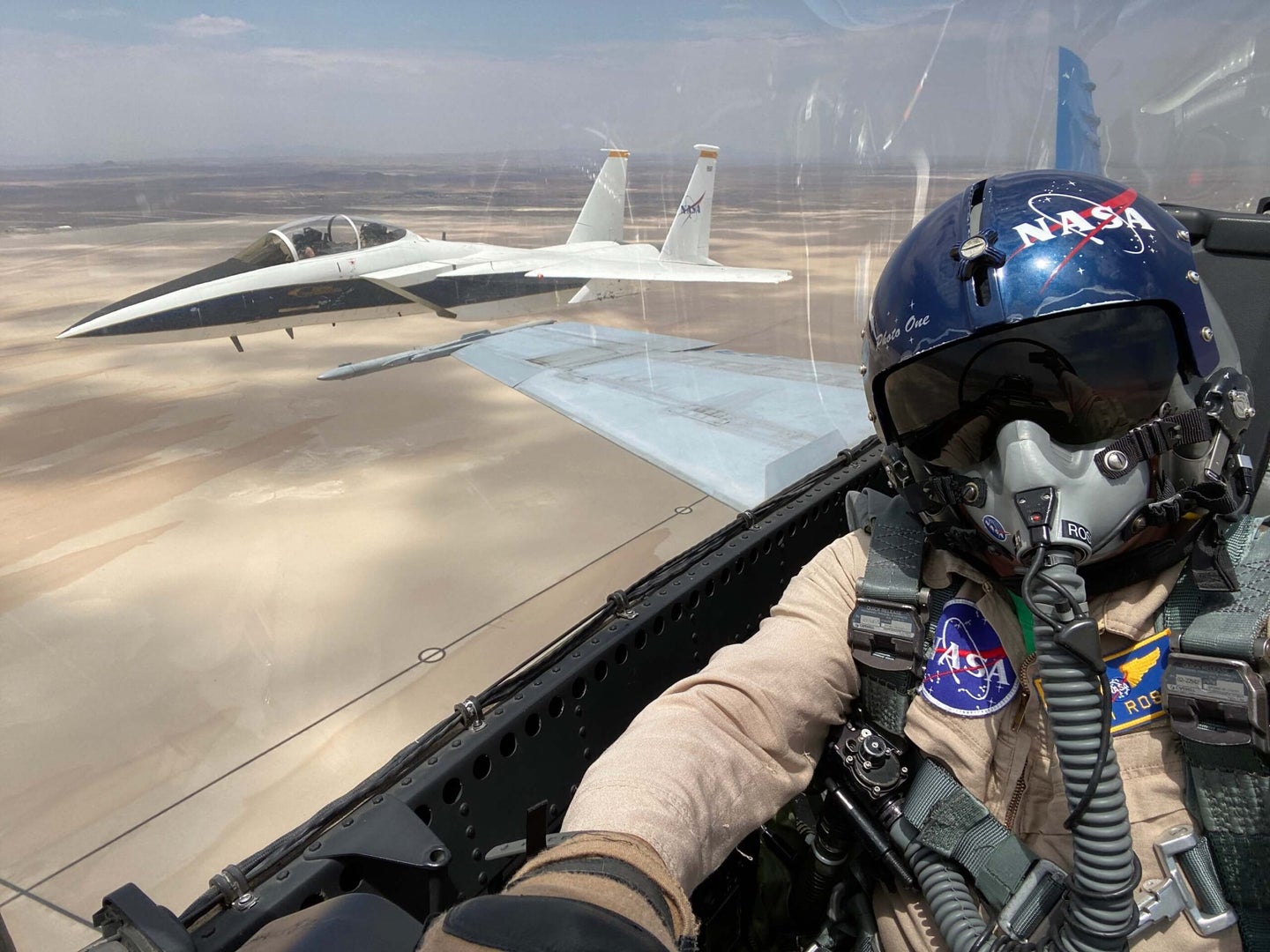 Few subjects will inspire as much awe, wonder, and reverence as space. From the dazzling first photos of the James Webb Space Telescope to reports on every Hubble happening, there’s something about looking out onto the edges of the universe that inspires hope and beauty in the world’s collective imagination. NASA has recently revealed its Photographer of the Year winning images. Though the news may have been eclipsed by the JWST, this behind-the-scenes look at the agency shows some of the people and places making space exploration possible.

In its fourth year, the competition is exclusively for the agency’s photographers, with NASA recognizing four categories: documentation, portrait, people, and places. The winners feature the dramatic, official portrait of astronaut Tom Marshburn, exercises at Johnson Space Center’s Rock Yard, a giant torque, and the Blue Angels.

When astronauts need to give something a test run, they go to the Rock Yard. Norah Moran won the Documentation category with this photo of Kelsey Young and Tess Caswell evaluating lunar field geology tasks at Johnson Space Center.

The winner of the Portrait category was Josh Valcarcel, who took the official portrait of astronaut Tom Marshburn suited up in the Extravehicular Mobility Unit spacesuit at the Johnson Space Center. From the deep shadows and harsh light to the fog of the helmet, many elements lean into the mystery of space.

Denny Henry scooped up the People category trophy with a photograph of Engineering Technician Ryan Fischer. Here, Fischer uses a torque to adjust the Force Gauge Ring in preparation for vibration testing of the PACE spacecraft at the Goddard Space Flight Center.

Dominic Hart took the winning image for Places with this picture of the Blue Angels, the United States Navy Flight Demonstration Squadron. Here, the group is shown walking through the inlet of a wind tunnel test section at the National Full-Scale Aerodynamic Complex (NFAC).

A few of our favorites

The yellow glow of the moon and the harsh white lights of the testing site create an otherworldly feel. Is this Earth? Who are they, what are they doing, what do they want?

Another heroic astronaut portrait, but with a different angle. Gone is the mystery, but the possibilities remain.

No, this isn’t a new movie set for Wes Anderson, but it very well could be. That is, if Anderson is looking for a giant antenna at the Johnson Space Center. We spy an outer space feature film in his future?