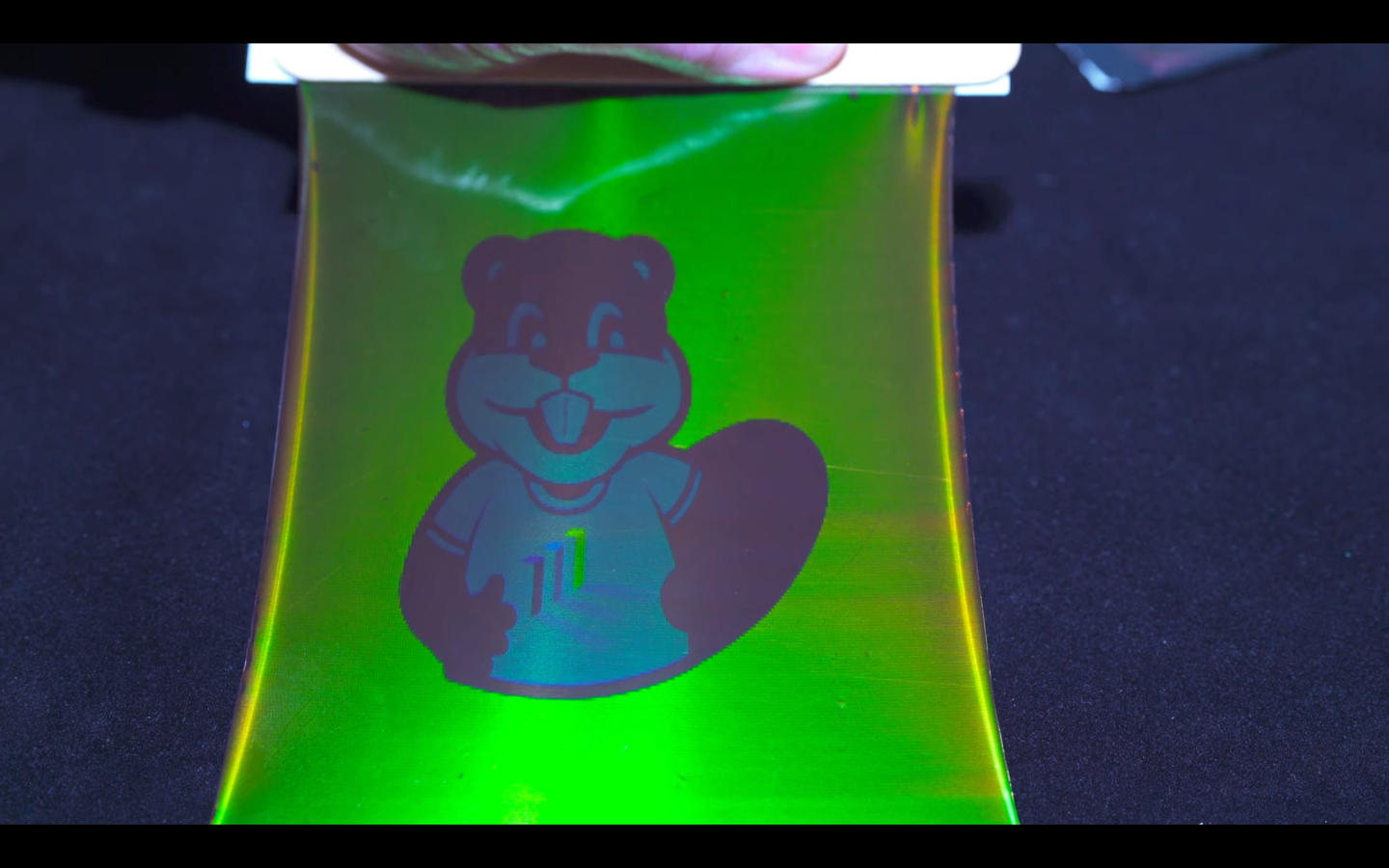 The team at MIT borrowed from a 19th-century technique called the Lippman process, an early version of color photography. MIT
SHARE

Mention the word “hologram” and the first thing that’s likely to come to mind is a sci-fi fantasy like Star Wars or perhaps holographic Tupac. While it may seem like futuristic technology, holograms are actually based on a photographic technique that dates back to the 19th century.

And now a team at MIT has figured out a way to repurpose that old-school technique to make cool, stretchy, color-changing holographic film that can be used in a variety of applications, from fashion to medical to commercial packaging.

Related: Before color photography, there was the Lippmann process

Holography is a process that creates 3D images by “superimposing two light beams onto a physical material.” Developed in the late 1800s by Franco-Luxembourgish physicist Gabriel Lippman ( a man of a mighty mustache), the process involves spreading a light-sensitive grain emulsion onto a mirror. Exposing the plate reflects light into and out of the emulsion, causing the grains to “reconfigure their position, like many tiny mirrors, and reflect the pattern and wavelength of the exposing light.”

Though innovative, the process was by no means an efficient one. A single exposure could require days, and thus the technique, in its earliest form, was largely abandoned

The team at MIT had been studying things in nature such as mollusk shells and butterfly wings, which seem to shimmer. The reason for the iridescence can be explained by microscopic surface structures, called Bragg reflectors. These are angled and layered to reflect light; MIT likens them to tiny colored mirrors.

“Like Lippmann’s emulsions, current holographic materials consist of light-sensitive molecules that, when exposed to incoming photons, can cross-link to form colored mirrors,” writes Jennifer Chu of the MIT News Office.

The research team experimented with exposing holographic film using nothing more than off-the-shelf projectors, creating images in just a few minutes with vivid color reproduction that, when stretched, change hues. The expedited exposure time of these modern-day holographies may be key to making the process viable on a large scale.

“When the material stretches and thins out, its nanoscale structures reconfigure to reflect slightly different wavelengths, for instance, changing from red to blue. The team found the film’s color is highly sensitive to strain. After producing an entirely red film, they adhered it to a silicone backing that varied in thickness. Where the backing was thinnest, the film remained red, whereas thicker sections strained the film, causing it to turn blue,” Chu writes.

The advancements open the possibilities for many uses, including coatings, packaging, fashion, and other wearables. The holographic films can even be applied in a medical setting, such as bandages. Color change in the material can be used to indicate the correct amount of pressure to apply to a site when treating conditions such as venous ulcers and lymphatic disorders.

“Scaling these materials is not trivial, because you need to control these structures at the nanoscale,” says Benjamin Miller, a graduate student in MIT’s Department of Mechanical Engineering. “Now that we’ve cleared this scaling hurdle, we can explore questions like: Can we use this material to make robotic skin that has a human-like sense of touch? And can we create touch-sensing devices for things like virtual augmented reality or medical training? It’s a big space we’re looking at now.”