Claimed 1900MB/s read speeds will grab the headlines, but it's the 1700MB/s write speed that’s the real news here. 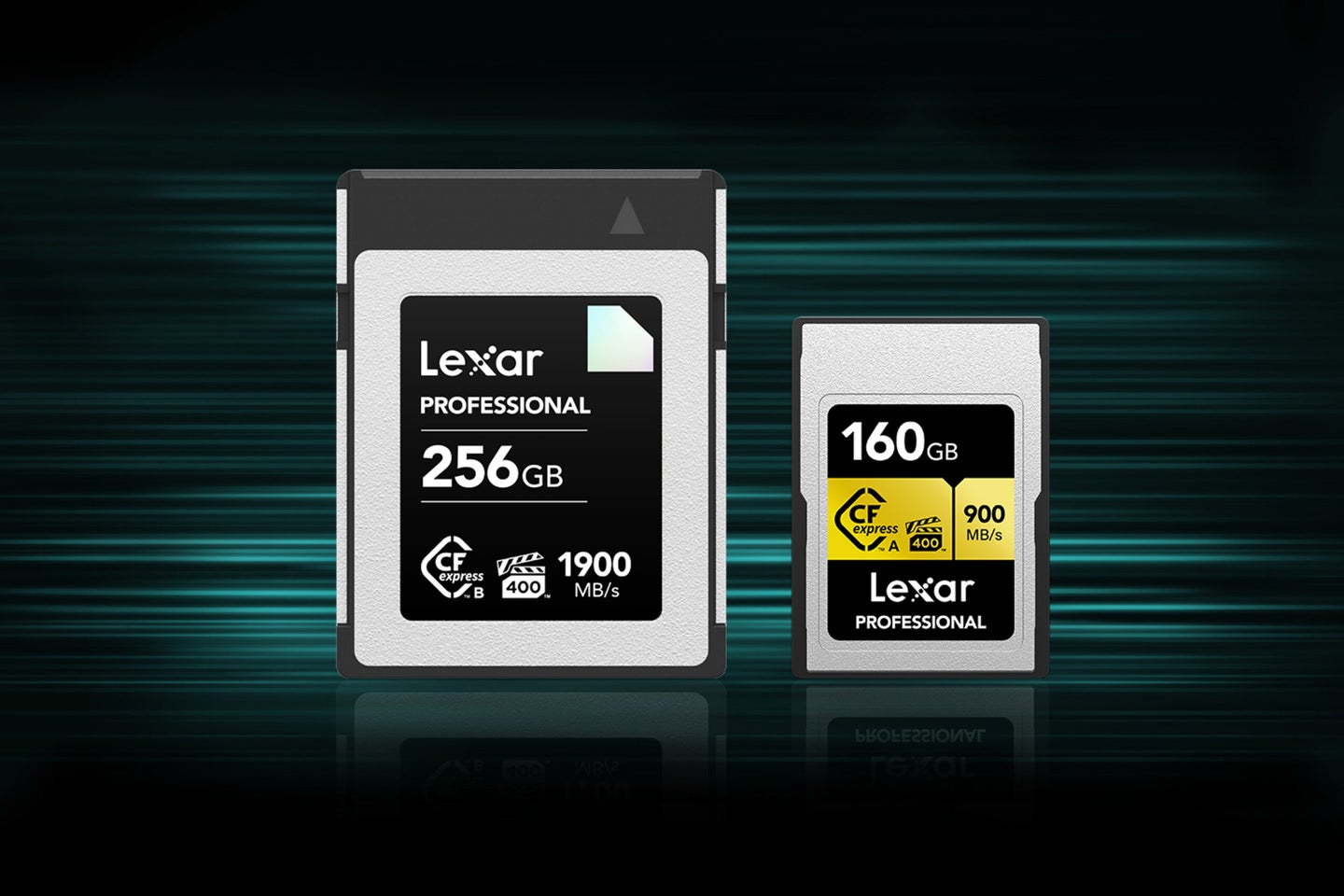 Lexar’s CFexpress Type-B cards will soon be much faster and it now has Type-A cards, too. Lexar
SHARE

With Lexar’s new Diamond-series cards, announced this week at the NAB Show in Las Vegas, the company claims a maximum read speed of 1900MB/s. That’s almost 10% faster than the 1750MB/s max read speed from the company’s existing Gold-series cards. Admittedly, though, that’s still only a scant 50MB/s better than the 1850MB/s read speed claimed by previous record-holder, Exascend, for its own recently-launched Type-B CFexpress cards.

It’s in the write speeds where we see the *really* big news, though. After all, that’s what dictates your video capture capabilities and buffer depths for still imaging. Read speeds, on the hand, matter most for playback and when it comes time to offload your data.

All of this is great news, but there are a few key details still to be revealed. Notably, Lexar has yet to disclose either the capacity range or pricing for the Diamond-series cards.

The Gold-series currently spans a range from 64GB to 512GB, while the Silver-series is limited to just 128GB and 256GB capacities. Lexar’s press materials indicate that we can expect a 256GB card at the very least, and we’d expect higher capacities as well given that rival Exascend already has a 512GB competitor. But we don’t yet know what the maximum capacity will be for this new line.

Alongside the Diamond-series launch, Lexar says that it also plans to launch a new Gold-series lineup of the smaller CFExpress Type-A cards. Again, we don’t yet know capacities or pricing. We do know that they’ll arrive alongside a new Type-A card reader with high-performance 10Gb/s USB Type-C connectivity.

Just like the aforementioned Diamond-series Type-B cards, these new Type-A models will carry VPG400 branding. Performance for the Type-A cards is 900MB/s when reading and 800MB/s when writing.