Lexar Diamond Series cards buffer more shots per burst than the competition, at least in one real-world test. 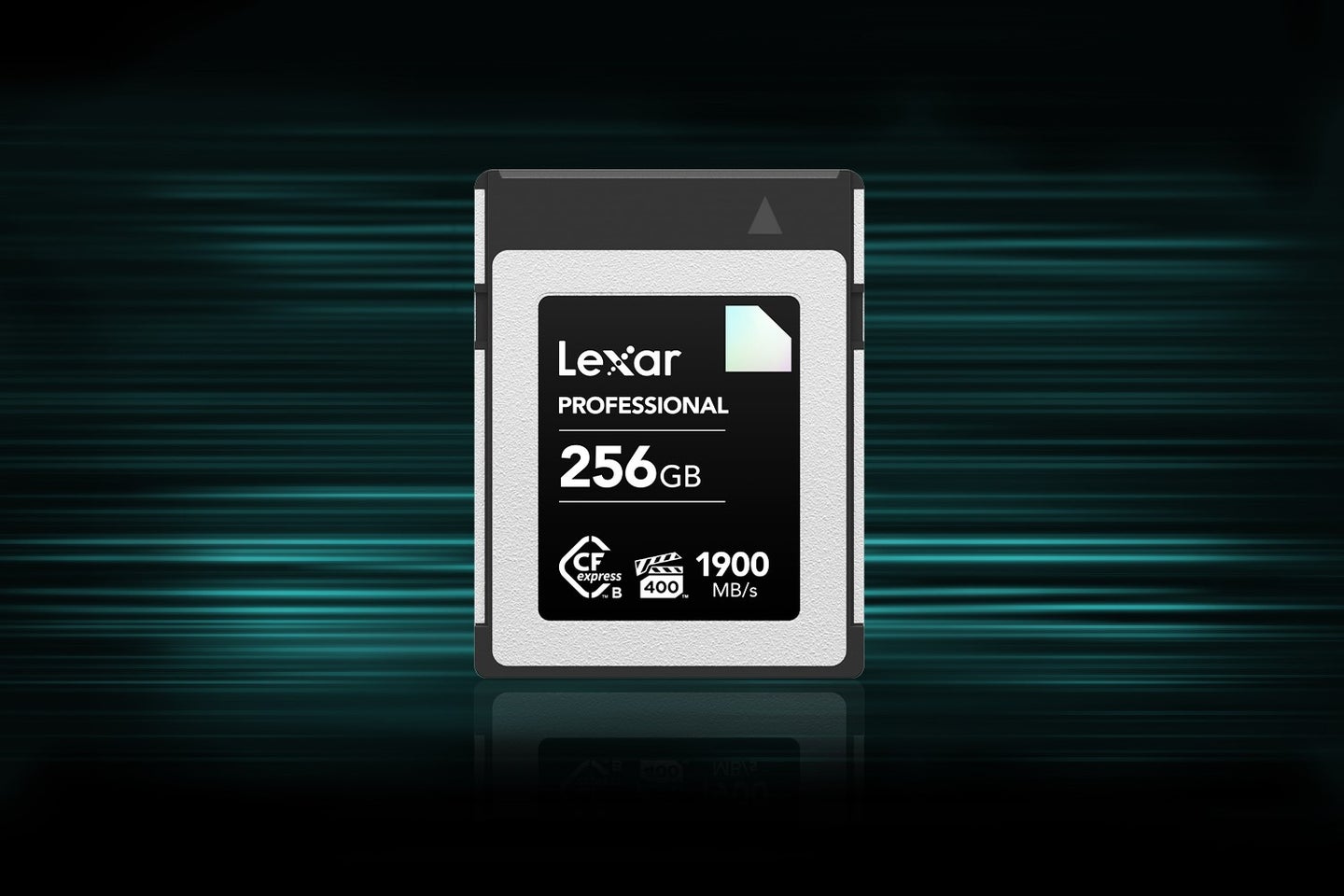 Lexar just released its awkwardly titled Lexar Professional CFexpress Type B Card Diamond Series line of flash memory cards, which were first announced back in April.  It’s billing them as “the World’s fastest” CFexpress Type B cards with “blazing fast speeds of up to 1900MB/s read and 1700MB/s write.” There’s a lot to unpack here, so let’s dig in.

CFexpress Type A vs. B vs. C

CFexpress cards are the latest generation of flash memory cards for professional cameras. The name should sound a little familiar to most photographers. They are the successor to CompactFlash and CFast cards, rather than SD cards. (The high-speed successor to SD cards, SD Express, was “pretty much dead on arrival”.)

CFexpress cards use the PCIe 3.0 interface—basically, what your computer uses to transfer data to its solid-state drive—which allows for much faster transfer speeds than SD cards. They come in three sizes: Type A, Type B, and Type C.

CFexpress Type A cards measure 20mm x 28mm x 2.8mm and have just one PCIe lane. As such, they’re the smallest and slowest (though with a theoretical maximum transfer speed of 1000 MB/s, still much faster than SD cards). Lexar also announced a new line of CFexpress Type A cards a few weeks back.

CFexpress Type B cards measure 38.5mm x 29.66mm x 3.8mm (the same size as an XQD card) and have two PCIe lanes. They are the most common CFexpress card used in professional cameras and have a theoretical maximum transfer speed of 2,000 MB/s. This is what Lexar announced this week.

CFexpress Type C cards measure 54mm x 74mm x 4.8mm and have four PCIe lanes. They aren’t on the market yet, but will likely be limited to high-end cinema cameras that could potentially make use of the theoretical maximum transfer speed of 4,000 MB/s.

What cameras use CFexpress cards?

The following cameras all have one or more CFexpress slots. Some of these cameras launched with XQD support, which was upgraded to CFexpress Type B support with a firmware update as the two cards are identical in physical design. We’ve also included the two Sony bodies with CFexpress Type A slots.

Is the Lexar CFexpress Type B diamond card really the world’s fastest?

Lexar announced its new cards with a lot of superlatives and bold claims. The card’s “blazing fast” 1,900 MB/s peak read and 1,700 MB/s peak write speeds are very close to the 2,000 MB/s theoretical maximum of a Type B CFexpress card. And while we don’t doubt that Lexar achieved these speeds in a lab test, they aren’t indicative of the performance photographers will see in the real world.

Our colleagues at PetaPixel put the new cards through their paces and while they’re fast, they don’t quite match up to Lexar’s claims—except in one key area.

In PetaPixel’s tests, the Diamond Series Series cards averaged peak write speeds of 833 MB/s and peak read speeds of 794.5 MB/s—enough for second place to Sony Tough cards. Its sustained performance was worse, averaging 499.5 MB/s—that’s eighth-place in the cards tested, but PetaPixel points out that everything over 400 MB/s is likely indistinguishable in the real world.

Where the Diamond Series cards really stood out was the burst speed test with a Canon EOS R5. Lexar’s card was able to sustain the highest burst speed for over 30 seconds. The second-best card only made it to 19 seconds.

So, while “fastest in the world” is a very bold claim, Lexar’s new cards are definitely up there.

Where to buy a Lexar CFexpress Type B Diamond Series card