Showcased in the American Museum of Natural History’s exhibition, 'Extinct and Endangered: Insects in Peril,' the pictures are working to shift visitors’ perceptions of bugs as pests. 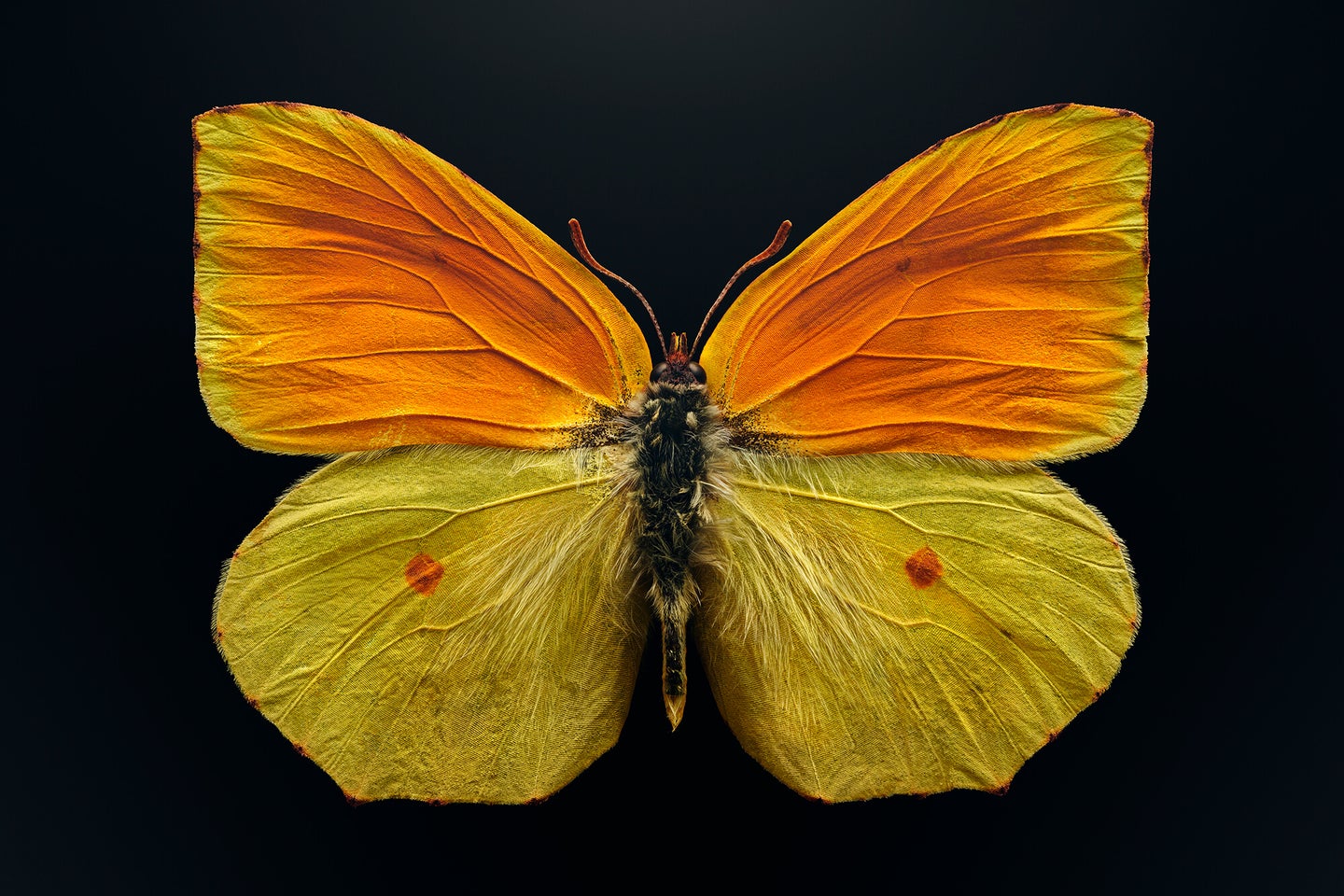 The endangered butterfly Gonepteryx maderensis, commonly called the Madeira brimstone, lives in the mountains of the Madeira islands. As caterpillers, they feed on just one type of tree, which is itself threatened by an invasive plant species. Levon Biss
SHARE

The natural reaction for many of us upon spotting an ant, termite, or other unseemly creature wandering around our homes is to run for a tissue—or the exterminator. However, despite their sometimes (literally) hairy appearance, insects are crucial to life on earth as we know it, and we are often oblivious to the magnitude of their impact. In a stunning new exhibition at the American Museum of Natural History, Extinct and Endangered: Insects in Peril, renowned British macro photographer Levon Biss aims to illuminate the underestimated impact and importance of the humble bug.

Related: An introduction to macro photography

Zooming in on a critical catastrophe

According to the museum, insects are the most varied group of animals, making up 80% of animal life. Scientists have already identified over a million different species, with still more to uncover. Unfortunately, due to human activity, including climate change, many invertebrates now find their survival threatened. With excruciating detail, the images hope to change the way visitors perceive insects—not as pests but as vital members of the community that make life as we know it possible.

“Take away the world’s mammals and the planet would not look much different; take away just the bees and other insect pollinators, the ants and termites, and life on land could collapse,” says David Grimaldi, curator of the exhibition and the Museum’s Division of Invertebrate Zoology.

The exhibition showcases a collection of 40 macro photographs—some of which are up to 4.5 by 8 feet—that put in stark contrast the insects’ lilliputian proportions with their outsized impact on the planet. Each image on display is a composite of up to 10,000 highly-detailed individual photographs, and the result of three weeks’ work with a special camera and microscopic lenses. Biss worked with bugs from the Museum’s research collection and hopes viewers’ takeaway is twofold.

“There are two sides to this exhibition,” Biss says. “There’s the beauty and the celebration of these creatures. But there’s also a somberness, when you marvel at these insects and start to understand that they are already extinct, or close to being gone, and the reason for that is us, primarily. I hope people will walk away from this exhibition with a realization that these animals are too beautiful to be lost. They are too important to be lost.”

The pictures all feature endangered or extinct species, from the monarch butterfly to the nine-spotted ladybug. They are on display in the Akeley Gallery and East Galleria, and visitors have access through their general admission ticket to the museum.