This $15 million Leica is the most expensive camera ever sold

A prototype model from 1923, the Leica 0-Series Model 105 once belonged to the brand's founder, Oskar Barnack. 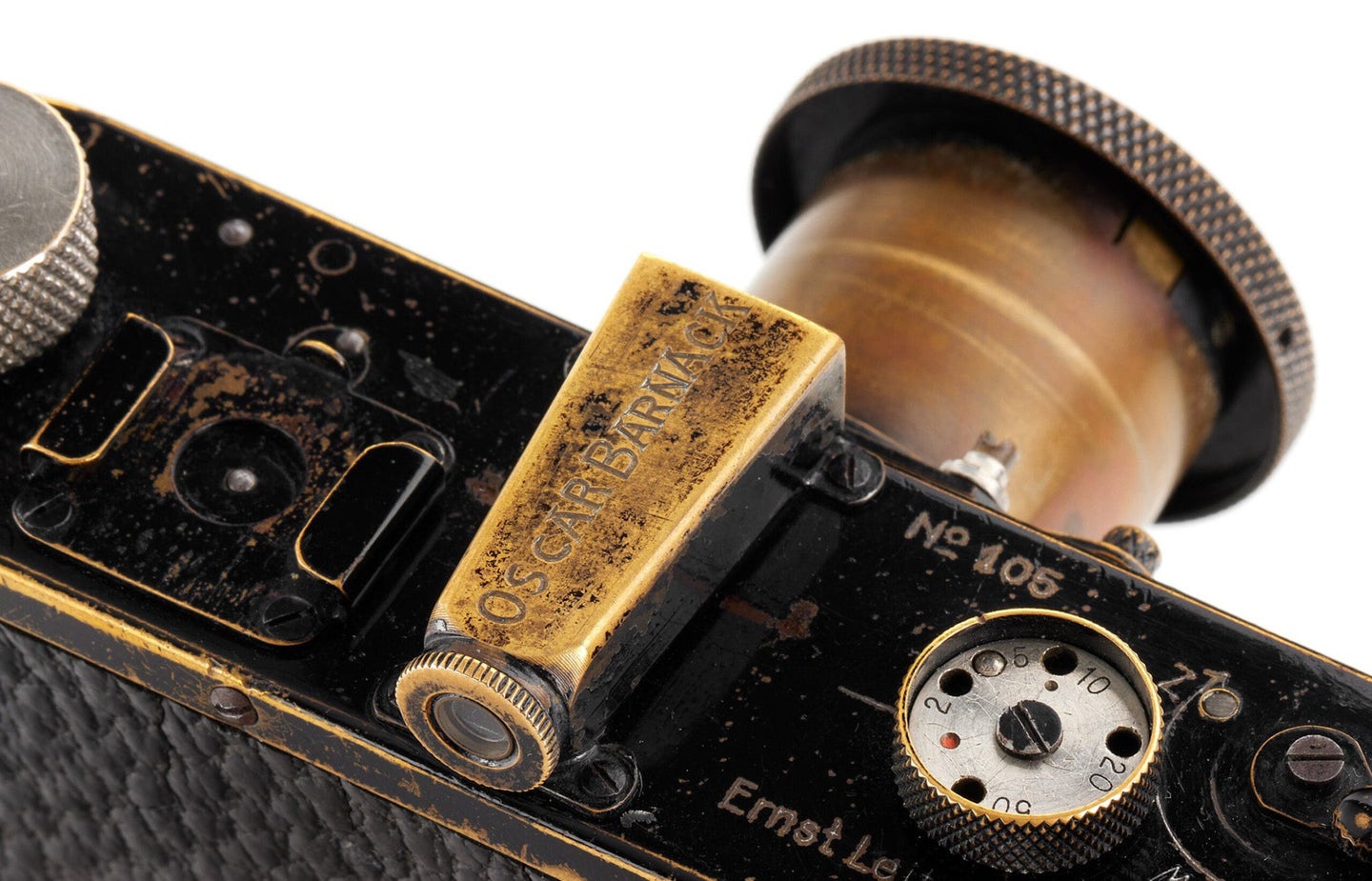 When PopPhoto first reported on the 40th Leitz Photographica Auction, the former camera of Leica founder Oskar Barnack was up for grabs and expected to fetch a nice little $3 million. Well, the gavel has fallen, and Barnack’s Leica 0-Series Model 105 sold for just over $15 million, or five times the projection. This makes it the most expensive camera ever sold.

Why is this Leica 0-Series Model 105 so special?

Two years before the appearance of the Leica A, the company released the 0-Series as a means to test the market. According to the Leitz Auction, only around 22 were ever produced and today there remain less than 12 in existence.

Number 105 was the personal camera of Leica inventor Oskar Barnack, and his name is engraved on the Galilean viewfinder. (This is a viewfinder typical in vintage cameras.) Barnack reportedly used this camera until 1930, when he passed it to his son Conrad and upgraded to the Leica I Model C, which has interchangeable lenses. The 0-Series Model 105 remained in Barnack’s family until 1960 when it passed to the hands of a U.S. collector.

Bidding began at 1 million euros with the expectation the camera would garner around 3 million. The final selling price was 14.4 million euros, or just over USD $15 million. It wallops the previous record set by the auction house, which sold a Leica 0-Series no. 122 in 2018 for $2.5 million. The deep-pocketed buyer will now acquire not only the heavily-modified camera (Barnack used this for photographic research) but the original leather lens cap, an aluminum cap engraved with Barnack’s initials, and documents and letters pertaining to Model 105.

While none were quite as dramatic as the Model 105, there was still a generous bevy of other interesting Leica gear and paraphernalia on the auction block. One of Barnack’s original prints, made on an Ur-Leica in 1914, sold for $9,400, while a black-paint Leica MP brought in $100,000. Another piece we had previously reported on, the Leica MP Unique Gold, fetched just over $75,000.