This shouldn't need to be said but fiddling with a working journalist's camera without their knowledge is supremely uncool. 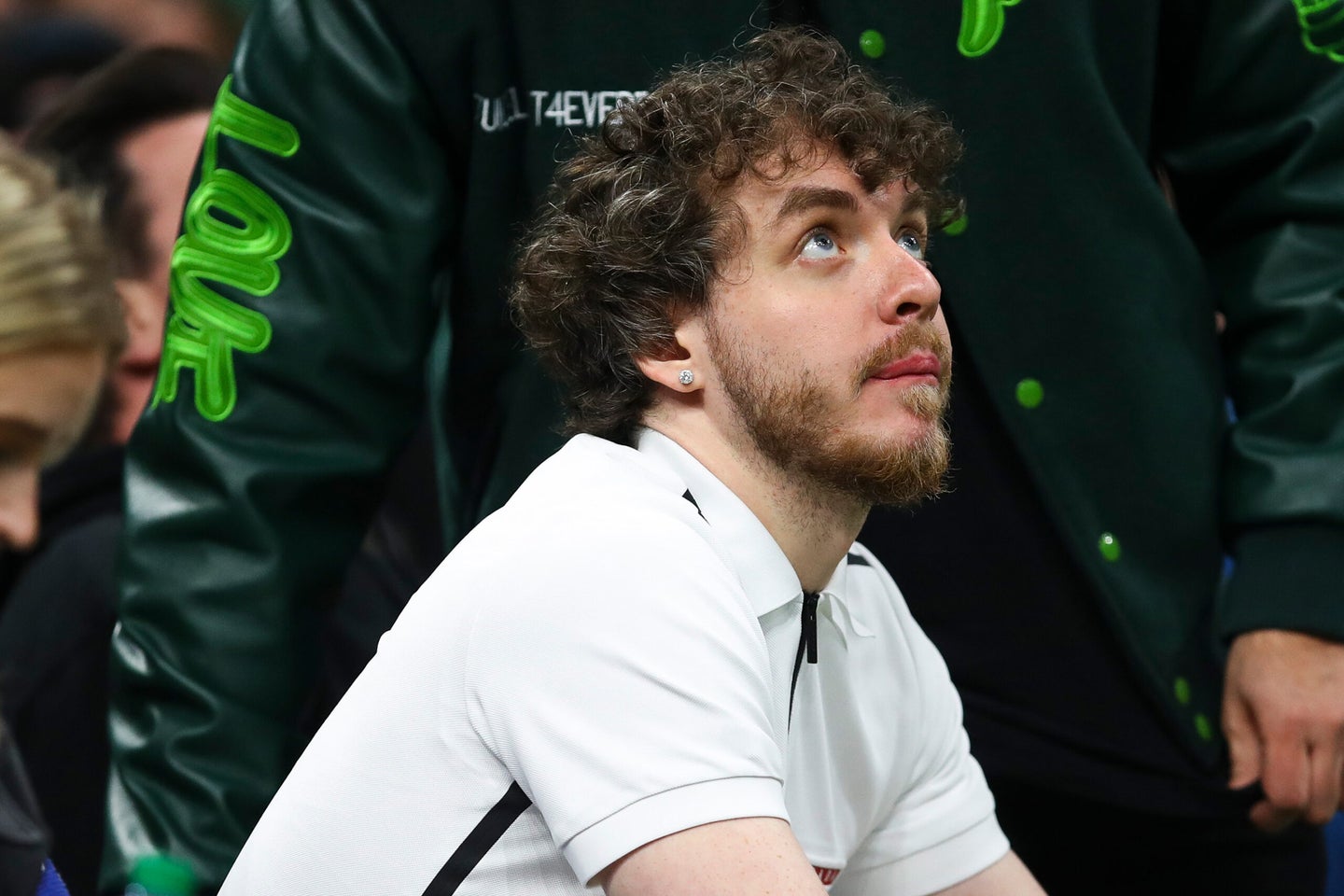 Rapper Jack Harlow looks on during Game One of the Eastern Conference Semifinals between the Boston Celtics and the Milwaukee Bucks. Adam Glanzman/Getty Images
SHARE

In a video posted on Twitter by sports media publisher Overtime, rapper Jack Harlow is shown adjusting the dials on a broadcast camera at a recent Boston Celtics-Milwaukee Bucks playoff basketball game.

Harlow, a rapper best known for the Grammy-nominated track What’s Poppin, was sitting court-side at the Celtics-Bucks game directly behind a baseline camera operator. In the video posted to Twitter, he leans in and adjusts the “RET1” dial while the camera operator keeps filming.

I’m admittedly no expert on broadcast cameras, but a bit of Googling suggested that this dial affects the output or return signal of the camera. And it’s quite possible adjusting it impacted the video feed being sent back to the broadcast control room. In other words, Harlow’s tomfoolery could genuinely have affected the camera’s operation.

As you’d expect, it was mostly met with criticism. This was, after all, a supremely uncool move, even for a seemingly cool celebrity.

While commenters on Twitter took issue with Harlow’s action, the camera operator, Tami Nguyen, was more light-hearted about it.

Nguyen responded by Tweeting “Hi @JackHarlow you owe me chicken fingers”, seemingly a reference to the rapper’s love of (and exclusive menu with) KFC.

She also replied directly to Overtime, writing, “Hi! This was me. No bad blood. His team apologized after.”

On her own Twitter account, Nguyen also stressed that she is a camerawoman, since much of the press coverage identified her as a cameraman, and that didn’t get fired.

And, perhaps most damningly, she said she didn’t want to be harassed—probably by copycats—while working so she “may not attend the next few playoff games”.

While Nguyen has handled this whole situation incredibly professionally, it is one she shouldn’t have been put in. We trust that no PopPhoto reader would consider messing with a fellow photographer or videographer’s gear, but on the off chance it needs repeating, don’t do it. Stupidity may make headlines, but it’s unlikely to do your career any favors.

(Though if you ever end up backstage at a Jack Harlow gig, we wouldn’t necessarily blame you for twiddling a few important-looking dials on a keyboard or lighting rig.)