The brand-new 'One RS 1-inch 360 Edition' is only the second 360 camera to use roomy, light-hungry 1-inch sensors, and the first 1-inch model to offer 6K video capture. 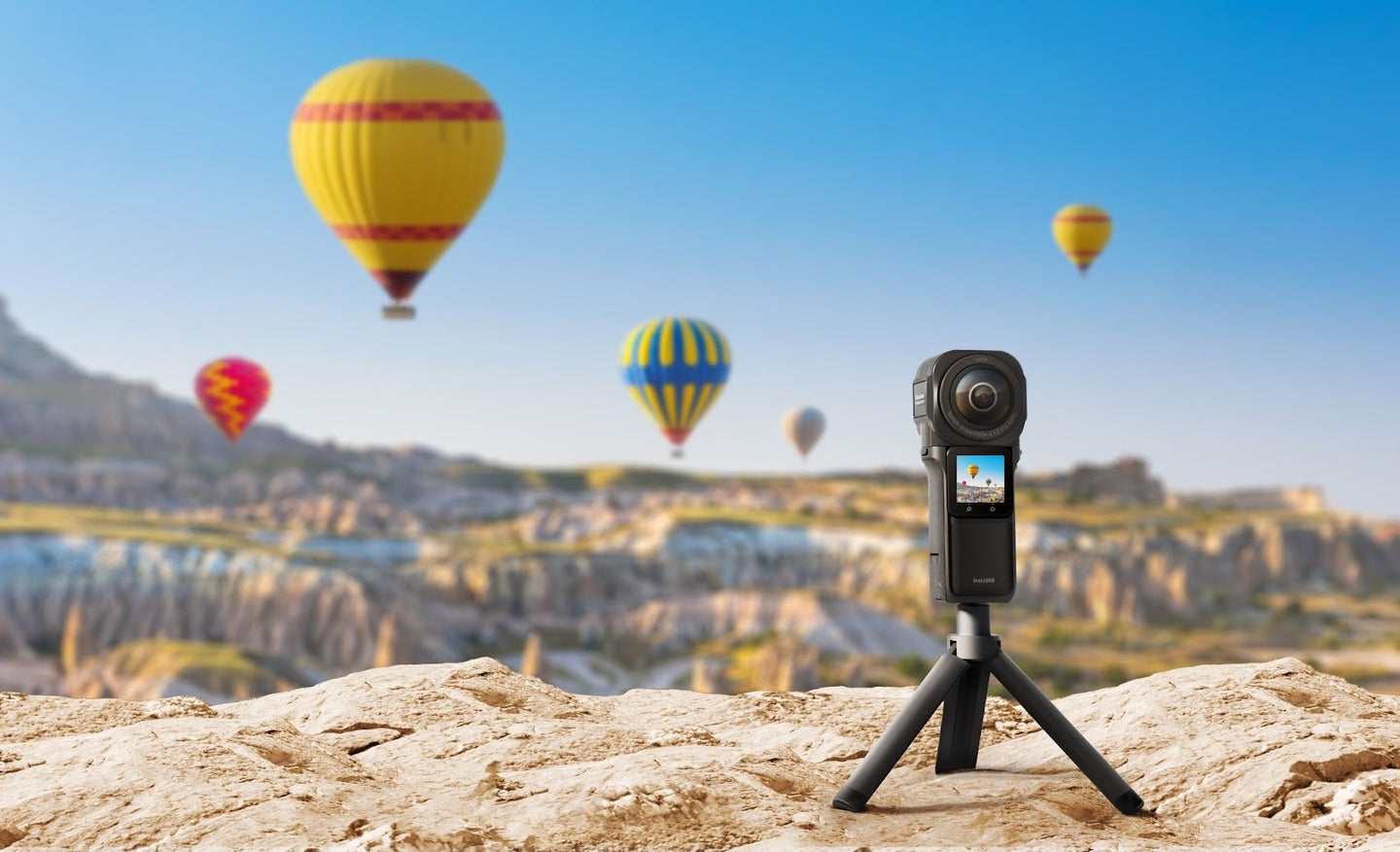 The Insta360 One RS is the the first serious competitor to the Ricoh Theta Z1. Insta360
SHARE

Back in February 2019, Ricoh debuted the Theta Z1, the world’s first spherical panoramic camera to use dual 1-inch image sensors. A couple of years later, a minuscule refresh added more storage, and the Theta Z1 has gone unchallenged by Ricoh’s rivals ever since. This week, that changed with the arrival of its first real alternative, the clumsily-named—but Leica-approved—Insta360 One RS 1-inch 360 Edition.

With the 1-inch 360 Edition, Insta360 is courting photographers and videographers who need the best possible image quality. There’s a reason that the full name is a bit of a mouthful—this *isn’t* an entirely new camera we’re discussing here, but rather a new accessory and bundle for an existing camera system. The new variant shares its “Core module” with the earlier Insta360 One RS and One R cameras, and if you own one of these, you’ll be able to buy just the additional parts you don’t already own at a moderately discounted price.

The eagle-eyed will have noted that the 360 Edition isn’t Insta360’s first use of a 1-inch sensor, and nor is it its first cooperation with Leica. The Insta360 One RS and R 1-Inch Editions each have a Leica Super-Elmar branded lens and used the same sensor size.

This time around, though, there are dual sensors and Super-Summicron branded lenses which together can provide a full 360-degree spherical panoramic coverage, both horizontally and vertically.

The new 360 Edition is a bit on the chunky side compared to smaller-sensor 360 cameras, like the Ricoh Theta X 360. In fact, the 1-inch Edition is a fair bit larger even than its Ricoh Z1 rival.

Insta360’s new camera measures 5.1 inches tall, 2.1 inches wide and 1.9 inches deep and tips the scales at 8.4 ounces. That’s nearly the same height as the Ricoh, but about 10% wider, two-thirds deeper, and one-third heavier.

But for that increase in bulk, you should get higher video quality, especially when shooting in low-light conditions. You’ll also get a fair bit more versatility compared to the much older Ricoh.

Insta360’s camera also has some degree of protection from the elements once it is fully assembled. With its 360 Edition accessory attached, the One RS is said to be IPX3 water-resistant. That should be sufficient to protect against light rain or snow, but not against heavier rain or immersion. The Theta, meanwhile, is totally unprotected unless you use its optional underwater housing.

All the features we’ve come to expect

The Insta360 offers six-axis image stabilization that can keep your footage upright and shake-free regardless of camera orientation. It can also shoot multi-frame HDR captures, and Insta360 says its “PureShot HDR” algorithms use AI to achieve the best results. The 360 Edition can also be used for 360-degree live streaming or as a webcam.

Of course, its Ricoh rival offers many of the same features, though it’s not really intended for use as a webcam and Ricoh makes no mention of using AI in its HDR processing. There are still areas in which the Theta Z1 retains the edge, however. For one thing, it has four microphones, compared to three on the Insta360 model. It also has a three-step variable aperture for its lenses, whereas the Insta360 has a fixed aperture. And, it boasts wider sensitivity and shutter speed ranges as well.

A comparison to the Ricoh Theta Z1 shows just how aggressively-priced the 360 Edition is: Ricoh’s camera still sells at its $1,049.95 list price more than three years after the basic design was first launched. Comparing apples to apples with a full camera kit, the 360 Edition is less expensive by almost one-quarter.

But that’s still not the full story. If you already own an earlier One R or One RS camera kit, you can opt instead for just the 1-inch 360 Lens Upgrade Bundle, priced at $649.99. That effectively makes the cost almost 40% lower than the Ricoh, at least so long as you’re already an Insta360 user.

While the $150 savings over the full camera kit might not seem much, it’s worth bearing in mind that you’re still getting two 1-inch sensors, two glass f/2.2 fisheye Leica lenses, a 1,350mAh battery pack, and the mounting bracket.

The core module, which is the sole piece you’d already own from another One R or RS kit, contains only the processor, a small touch-screen display, speaker/mics, connectivity, a MicroSD card slot, and a few controls. Given that most of the expense is elsewhere, it’s honestly impressive that skipping the core alone saves as much as it does!