The new Ricoh Theta X 360 camera has a touchscreen, swappable batteries, and more 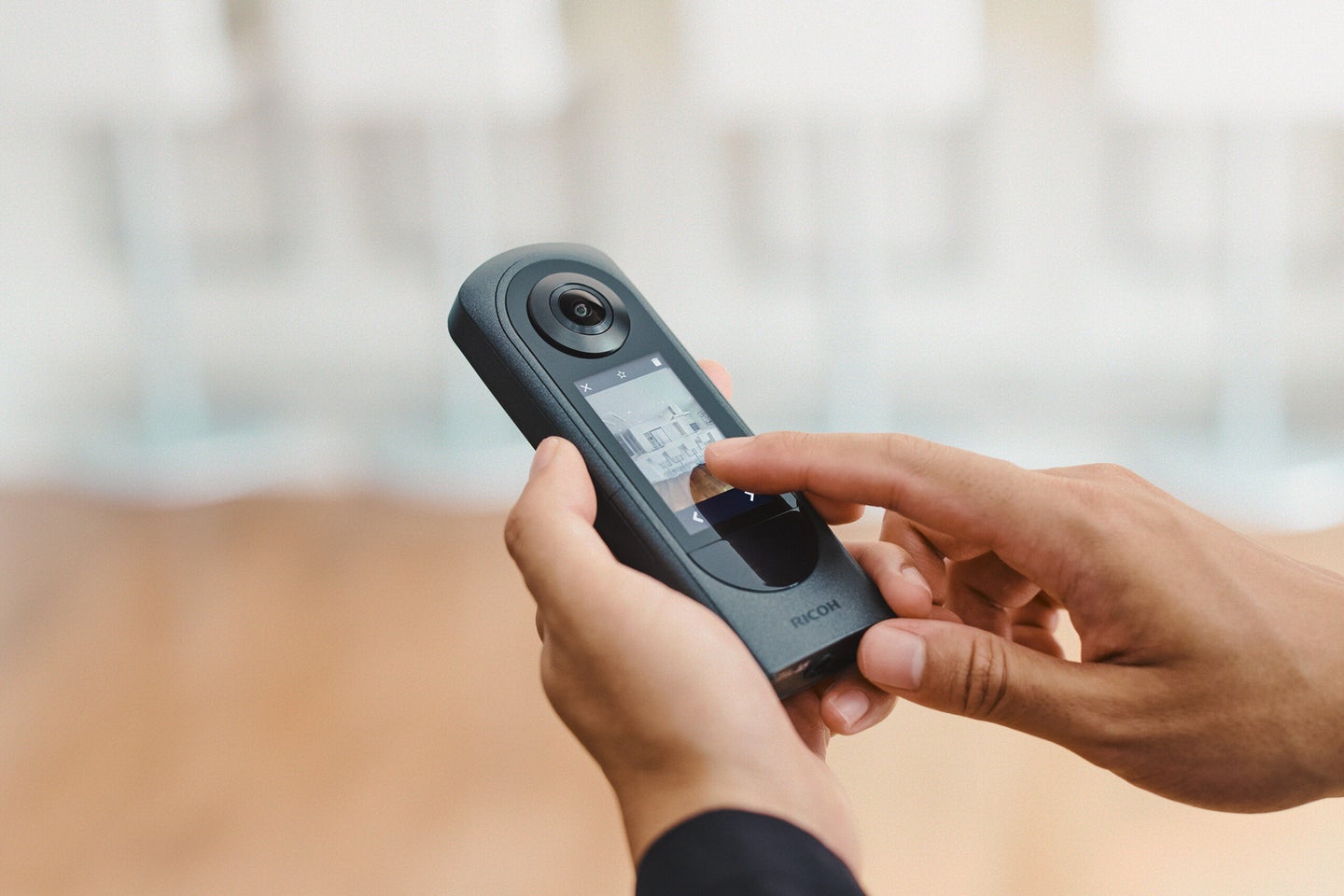 Ricoh has announced the Theta X, the latest in its line of Theta 360-degree cameras. It will go on sale in March for $799 and features a number of firsts for the brand, including a touchscreen, removable battery, and MicroSD card slot.

It follows hot on the heels of the company announcing that it will be restructuring its Japanese operations, though it’s unlikely that will have an impact on mass-market production of the Theta X.

The Theta X features a new 48-megapixel CMOS image sensor. The lens design and image processor have also been “renewed,” presumably for the better. The upgrades allow the Theta X to capture up to 60-megapixel 360-degree still images.

For video, it can record up to 5.7K (5760 x 2880 pixels) at 30 frames-per-second. There is also “enhanced image stabilization” that enables “vivid and smooth shooting.” You can see a sample video from the Theta X below.

Past Theta cameras have basically relied on smartphone apps and Bluetooth to control advanced features, view shots, transfer and edit footage, and most everything else. It wasn’t a bad solution, but it meant that the camera was more of a smartphone accessory than a standalone device. The Theta X is set to change that.

The 2.25-inch touchscreen allows you to frame your shots, navigate the camera’s menus, adjust shooting settings, and view captured images/video, all from the camera.

Similarly, the new MicroSD card slot and removable battery mean you can shoot a lot more on location without having to stop to offload footage or charge the device.

With all that said, Ricoh has also improved smartphone connectivity. You now don’t have to enter an SSID to establish a Bluetooth connection, and photos/videos transfer approximately 1.5x faster than with “conventional cameras” by using MIMO (Multiple Input Multiple Output) technology and real-time processing—whatever all that means.

If you don’t see the appeal of a Theta camera, we understand. Though there are plenty of enthusiasts who love them, they seem to be built for folks working in professional settings. I reviewed a Theta camera a few years ago and, while it was a lot of fun, there are only so many 360-degree photos and videos you can share on social media before it gets old.

However, for real estate agents, college admission offices, hotels/resorts, engineers, construction companies, and the like, being able to capture 360-degree images and video footage on location is incredibly useful. That’s why the Theta X has quite a few professional-focused features like built-in GPS, a magnesium alloy body, and integration with third-party plugins, including Ricoh360 Tours which allows people to create high-quality custom virtual tours.

When will the Ricoh Theta X be available?

The Theta X will be available online for $799 from March 2022. It will ship with a soft case and rechargeable battery. Additional batteries will also be available (though the price hasn’t been announced) and you’ll have to bring your own MicroSD card.