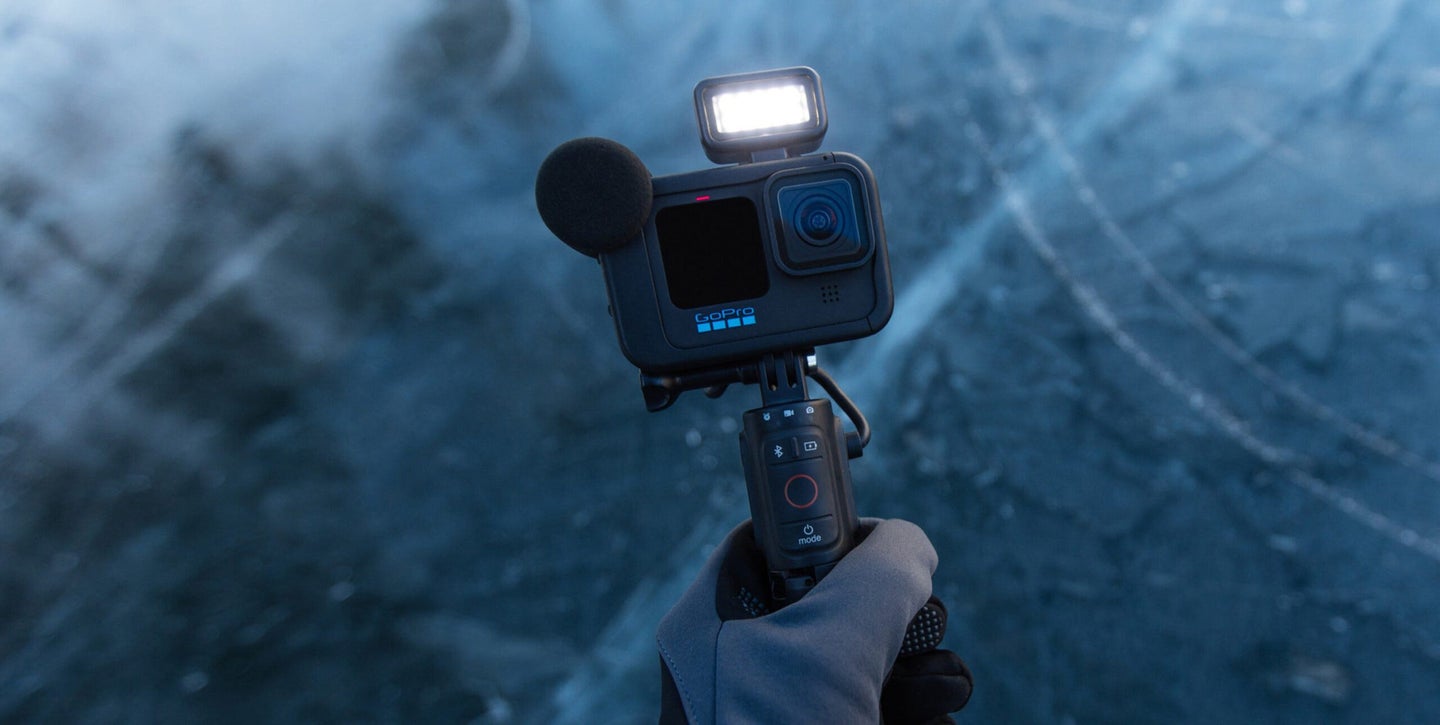 GoPro is back with a fresh flagship action camera—well, a trio to be exact, each aimed at different users. All three GoPro Hero11 Black models share the same guts and boast improved video quality, better image stabilization, and a greater field of view. Read on for how they differ from one another.

GoPro is positioning the standard Hero11 Black as the model with the most crowd appeal. And it truly is a versatile, powerful, and convenient option for both professionals and enthusiasts. This is the adventure camera people know and love with dual LCD screens (gotta get that selfie).

On the other hand, the Hero11 Black Creator Edition caters to vloggers, filmmakers, and livestreamers. It offers all the benefits of the Hero11 Black, along with some additional features and accessories to help improve audio and video quality. These include a long-lasting battery grip (that doubles as a tripod) with built-in buttons for one-handed control over the camera. GoPro says that creatives will get over four hours of 4k footage on a single battery charge. There are also two cold shoe mounts, an external mic output, an HDMI port, and an optional directional microphone—everything you need to create an epic film.

Lastly, as the name suggests, the Hero11 Black Mini is the smallest and lightest option of the three but with the same performance and features as the other two models, minus the screens. GoPro notes that this camera was made to serve the minimalists with its one-button design.

And with that, let’s dive into the features all three models share.

GoPro’s latest generation imaging sensor is both larger and higher resolution than the sensors found in past models. The 1/1.9-inch (6.40 x 5.60mm) chip can shoot 10-bit color video at up to 5.3K resolution and 60fps. Still photos are captured at 27 megapixels. GoPro claims that with these specs—notably, the 10-bit color—the new model closely mirrors how the human eye perceives the world, with the camera recording up to 64 times more color than previous GoPro models.

The new sensor can also capture footage in a nearly-square 8:7 aspect ratio, giving the camera the largest vertical field of view in the entire GoPro lineup. Designed for flexibility, the 8:7 ratio additionally allows users to crop for any scenario, whether your footage is destined for Tiktok, YouTube, or elsewhere. There is also the option to zoom in for a high-quality close-up.

The new GoPros are equipped with a slew of the brand’s signature features. A new HyperView mode allows the camera to shoot in a wide-screen, 16:9 format, ideal for filming first-person videos, like biking, skiing, and motorcycling escapades. There’s also the Emmy Award-winning HyperSmooth 5.0 technology which keeps videos stable, even when the camera is rotating 360 degrees. Additionally, the SuperView more is now available in 5.3K/60p and 4K/120p.

Night Effect mode gives creators the ability to capture breathtaking star trails, light paintings, and vehicle lights with professional results. And TimeWarp 3.0 is updated to work with 5.3K video, while Easy Controls and Pro Mode give you the ability to toggle between automatic exposure and more finessed settings.

Finally, those who are members of GoPro’s subscription service also have the ability to get highlight reels sent directly to their phones. Once the camera is connected to a charging port, your footage is uploaded to the cloud, where GoPro processes the clips into a quick, shareable video.

All three models make use of GoPro’s latest Enduro battery (though it’s not removable in the Mini) which the brand says extends recording time up to 38% compared to previous models. All three models are also waterproof to 33 feet without a case.

Both the Hero11 Black and Black Creator Edition are now available. The former retails for $500 while the latter will run you $700 unless you’re a GoPro subscriber, in which case, the Hero11 Black’s price is knocked down to $400, and the Creator Editon’s $580. The Hero11 Black Mini will be released on October 25 for $400 for the public, and $300 for GoProers.