The iconic print is expected to fetch between $50K and $70K at auction next month. 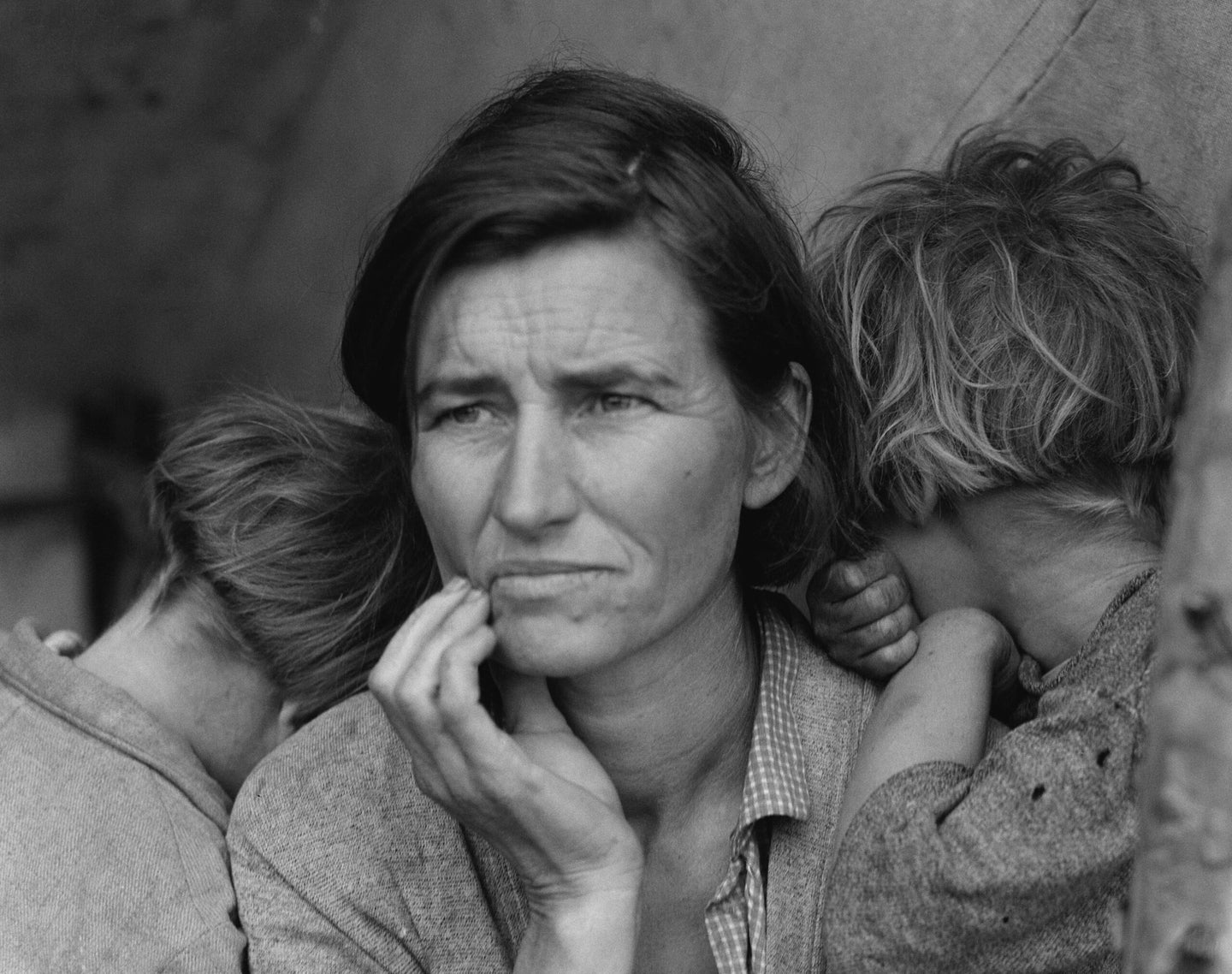 An original print of Dorothea Lange’s famous—and somewhat controversial—Migrant Mother photo from the Great Depression will be auctioned off next/this month by Hindman, a fine art auction house. The 19.125 x 14.75-inch silver gelatin print was made by Lange or under her direct supervision some time in the 1950s.

Migrant Mother was shot by Lange in Nipomo, California, in 1936 while on an assignment documenting the plight of impoverished farmers for the Farm Security Administration (FSA).

In a 1960 interview with this publication, Lange explained:

I saw and approached the hungry and desperate mother, as if drawn by a magnet. I do not remember how I explained my presence or my camera to her, but I do remember she asked me no questions. I made five exposures, working closer and closer from the same direction. I did not ask her name or her history. She told me her age, that she was thirty-two. She and her children had been living on frozen vegetables from the field and wild birds the children caught. The pea crop had frozen; there was no work. Yet they could not move on, for she had just sold the tires from the car to buy food. There she sat in that lean-to tent with her children huddled around her, and seemed to know that my pictures might help her, and so she helped me. There was a sort of equality about it.

The image was widely circulated throughout the US after it was shot. The unnamed Migrant Mother was seen as a role model for the poor and dispossessed, and, according to Hindman, established Lange as a “socially-conscious and uncompromising photojournalist.”

It wasn’t until the 1970s that the identity of the subject was widely known. Her name was Florence Owens Thompson, born Florence Leona Christie.

Thompson contested Lange’s depiction of her story—the family says they never sold the car tires—or that they were “stereotypical Dust Bowl refugees”. Although portrayed as white, Thompson was a Cherokee. She and her first husband, who died in 1931, had been living in California for almost a decade when the photograph was taken.

This photo since has been displayed in the Palace of Fine Arts San Francisco, also two years ago it was called to my attention that it appeared in Look Magazine […and] in U. S. Camera. […] Since I have not been consulted […] I request you recall all the unsold magazines. […] You would do Dorothea Lange a great favor by sending me her address that I may inform her that should the picture appear in any magazine again I and my three daughters shall be forced to protect our rights. Trusting that it will not be necessary to use drastic means to force you to remove the magazine from circulation without due permission to use my picture in your publication I remain.

By that time the photo had entered the public domain so there wasn’t a lot that could be done (and also, unfortunately for Thompson, whatever Lange’s representations, she was on the wrong side of copyright law).

An icon for auction

In spite of the contested and murky story of its creation, Migrant Mother is incontrovertibly one of the most powerful and recognizable American images of the 20th Century. Although an original print from Lange’s workshop, the image has been manipulated. In the earliest 1930s prints, Thompson’s thumb can be seen in the left foreground. In 1939, Lange instructed an assistant to airbrush it out. All later prints have a noticeable blurry smudge instead.