This is what a beginner-friendly FPV drone should look like 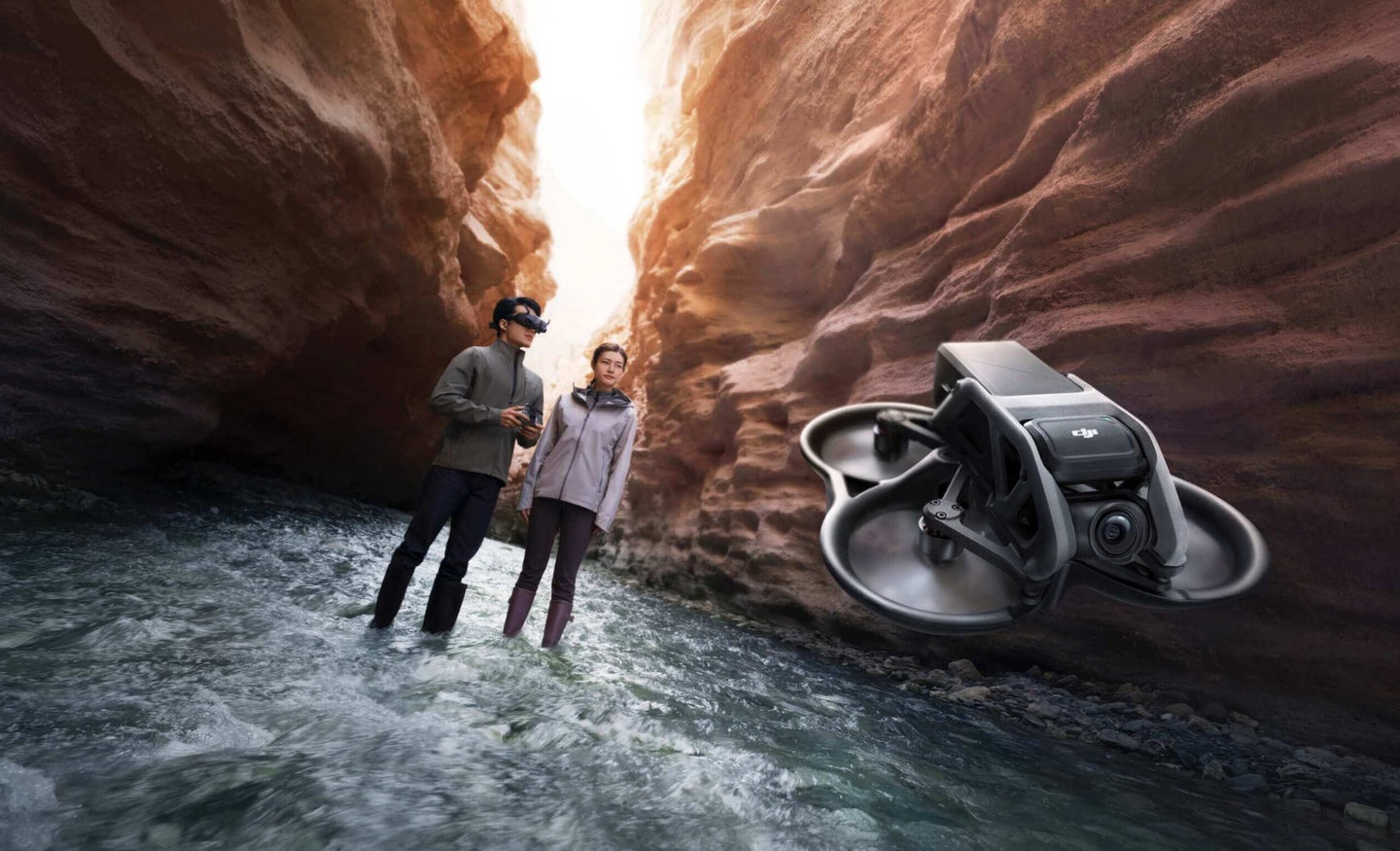 The new DJI Avata is a "cinewhoop" style drone which means it combines the speed and agility of a racing drone with the stabilization and video quality of a cinema drone. DJI
SHARE

DJI’s latest drone is here and it looks like a lot of fun. The palm-sized DJI Avata is a first-person view (FPV) “cinewhoop” style drone geared toward a range of enthusiast flyers. It’s capable of stabilized 4K video at up to 60 fps, along with 48-megapixel still photos, all while being able to cruise at speeds of up to 60 mph—don’t worry, it also goes slower—for flights as long as 18 minutes.

(Cinewhoop, by the way, refers to a new generation of quadcopters that combine the small size, speed, and maneuverability of a racing drone with the stability and video quality of a cinema drone.)

Additionally, DJI unveiled a fresh set of accessories to accompany the Avata, including the new DJI Googles 2, and the new DJI Motion Controller. Let’s take a closer look at all three.

Who is the DJI Avata for? Who are its competitors?

The new DJI Avata is geared toward first-time FPV flyers, as well as FPV drone enthusiasts seeking a compact, capable, and easy-to-fly all-in-one solution. For the newbies, the Avata comes jam-packed with safety features to help build your confidence as you build your flight skills. Crucially, a set of propeller guards surrounds each of the four props sets, protecting the drone (and surroundings) from serious damage in the event of an impact.

The drone’s compact and lightweight design makes it ideal for flying through small spaces, including indoors. And its high-quality video capture makes it a seriously powerful moviemaking tool. Compared to DJI’s other FPV drone, the DJI FPV, the Avata has some serious advantages, including a signficantly smaller footprint, a larger, higher-resolution sensor, and more advanced safety features.

The heart and soul of the Avata is a 1/1.7-inch, 48-megapixel, image-stabilized CMOS sensor. In addition to 4K/60p video, the onboard camera is also capable of 2.7K/120p capture, for a slow motion cinema effect. Paired with the sensor is a super-wide-angle 12.6mm f/2.8 lens, which provides a 155-degree field of view.

On the image stabilization side, the Avata features both DJI’s RockSteady and HorizonSteady IS. The former cuts overall shake, while the latter keeps the horizon in check.

For maximum post-production flexibility, the Avata can shoot in DJI’s D-Cinelike color mode. Additionally, the drone sports a Micro-SD slot, along with 22 gigabytes of onboard storage.

Crashing is no doubt a serious concern for first-time drone pilots, and flying an FPV drone, in particular, comes with a steep learning curve. Fortunately, the Avata has no shortage of safety features to calm nerves. The comically-named “Turtle mode,” for instance, does exactly what it sounds like: keeps the drone off its back and upright during flights, unprompted, even if you crash/bump something.

Other safety features include an emergency air brake, DJI’s emergency Return to Home function, geofencing, and downward-facing navigational-assist cameras, including one IR-sensing and one traditional camera. But even with all those features, it’s the good old fashion foam props guards that will likely be a beginner’s best friend.

DJI also unveiled a fresh set of goggles and a cool new controller to go along with Avata drone. Before jumping into those, it’s worth noting that the new drone is backward compatible with the brand’s previous FPV goggles and remote. So if you have those, hang on to them.

The new DJI Googles 2 are smaller and lighter than their predecessor and feature OLED screens capable of receiving a full-HD live feed at up to 100 fps, with a minuscule, 30-millisecond delay, and a range of 6.2 miles.

The DJI motion controller is a single-handed, motion-sensitive device—or “wireless joystick”—used for precision flying (kind of like a fancy Nintendo Wii controller). For added functionality, it’s covered in tactile buttons, switches, and triggers, many of which, are no doubt customizable.

The new DJI Avata is available right now for $629 for the drone only, or for $1388 for the drone kitted with the new headset and controller. A variety of other combos and accessories for the Avata are also available from DJI directly.