Life on the Red Planet? NASA’s Curiosity rover spots a ‘doorway’ on Mars

Unfortunately, it doesn't prove Martians exist. However, it does remind photographers about the power of a good zoom lens. 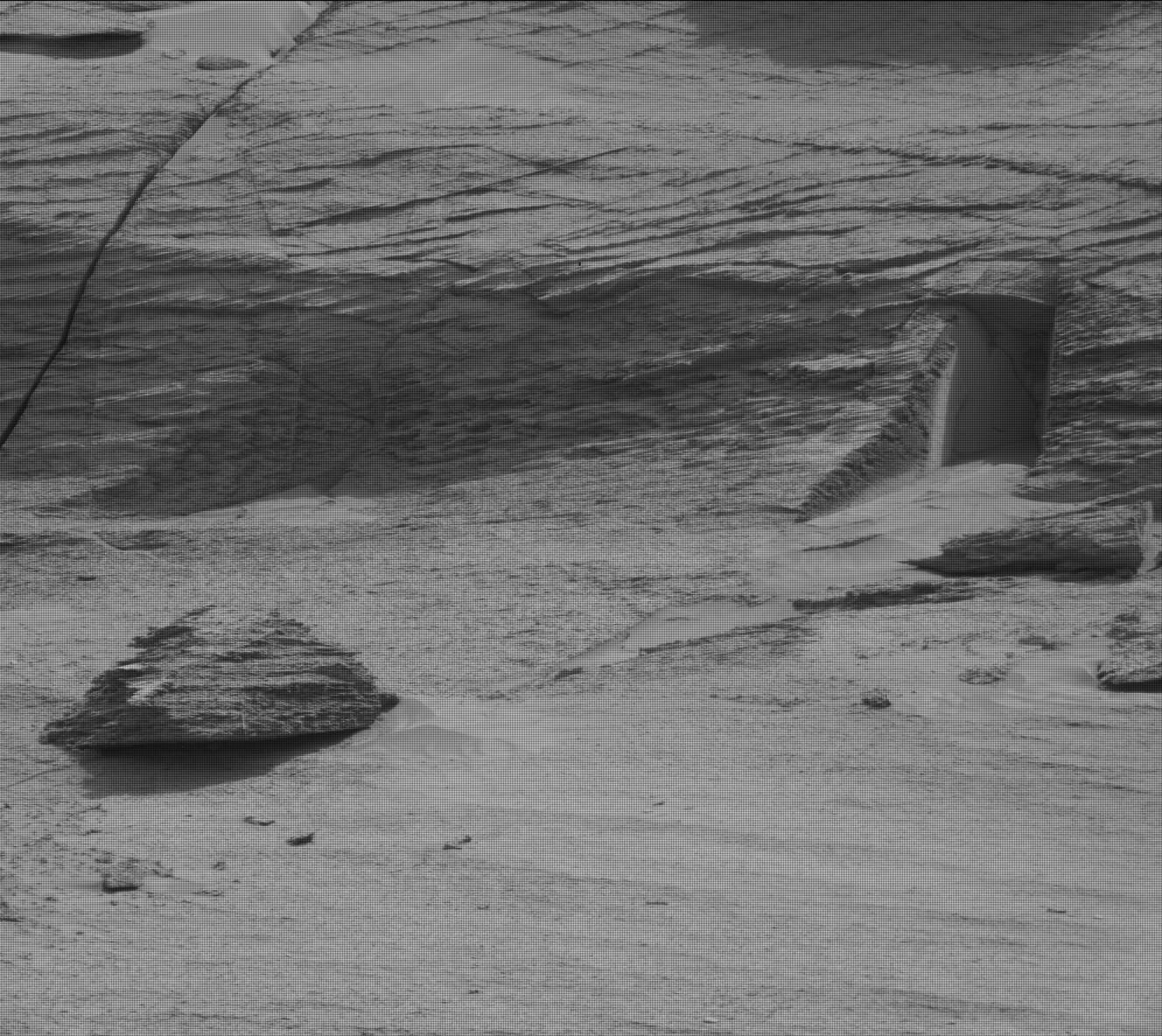 It turns out that the 'doorway to Mars,' captured by NASA's Curiosity rover, is likely nothing more than a geological formation, compressed by a telephoto lens, making it appear larger than it really is. NASA/JPL-Caltech/MSSS
SHARE

NASA’s Curiosity rover has snapped a photo that appears to reveal a doorway into the Martian underworld (or maybe a Martian house). According to Gizmodo, Curiosity took the B&W picture with its Mastcam on May 7 that, despite what conspiracy theorists may hope, almost certainly isn’t proof of life on Mars.

This isn’t the first time a rover has recently found something that looks like it could be constructed. China’s Yutu 2 rover supposedly found a hut on the Moon just last year.

What’s Curiosity up to?

Curiosity has been slowly trundling around Mars getting its science on since it landed in the Gale Crater in 2012. Over its 17.3-mile journey, it’s picked up rocks, performed some experiments, and taken almost half-a-million photos. All in all, it’s been a productive decade for the little rover. (Okay, it’s actually almost 2,000 pounds, but we think it’s cute.)

What’s the story with the photo?

Curiosity shot its latest interesting image on its way up the slopes of Aelois Mons (or Mount Sharp). It’s a bit grainy, but the structure shown does look a lot like it could be a man-made (alien-made?) doorway. Except for ten or twenty problems.

Ashwin Vasavada, a project scientist in the Mars Science Laboratory, talked to Gizmodo about the photo. He explained that despite its large size in the image, the structure is only about a foot tall. It just looks bigger because of the lens and gear that Curiosity is using.

The photo was taken with Curiosity’s right Mastcam lens which has a focal length of 100mm—but because of the sensor sizes involved, it actually has a field of view closer to a 500mm equivalent lens, in 35mm terms. In other words, this is a case of looking at a very small object, close up, through a big lens.

So, it’s really not a doorway?

According to Vasavada, Curiosity is currently traversing an area where ancient sand dunes have cemented together over time to create these kinds of sandstone outcrops.

Vasavada said that the fractures in the area are “generally vertical,” having been formed by the Martian sands shifting, putting the underlying sandstone under varying pressure as it was buried and unburied over the millennia. He speculates that this particular outcrop could have formed in one of two ways: “I think what we have here [is] either two vertical fractures, where the middle piece has been removed, or one vertical fracture, and the blocks have moved apart a little bit.”

What about the straight lines?

Some commenters were quick to weigh in on the Gizmodo article with the argument that “nature doesn’t usually do straight lines”. That, of course, is utter nonsense.

The Giant’s Causeway, a few hours from my home in Dublin, is one of the most famous examples of nature very much doing straight lines. Sandstone in particular lends itself to forming magnificent pillars and arches—on Earth, as well as on Mars. Here, they’re just a bit more eroded from the weather.