Like something out of a Stanley Kubrick movie, a mysterious geometric shape has been spotted on the moon. What is it? We'll know more in a few months. 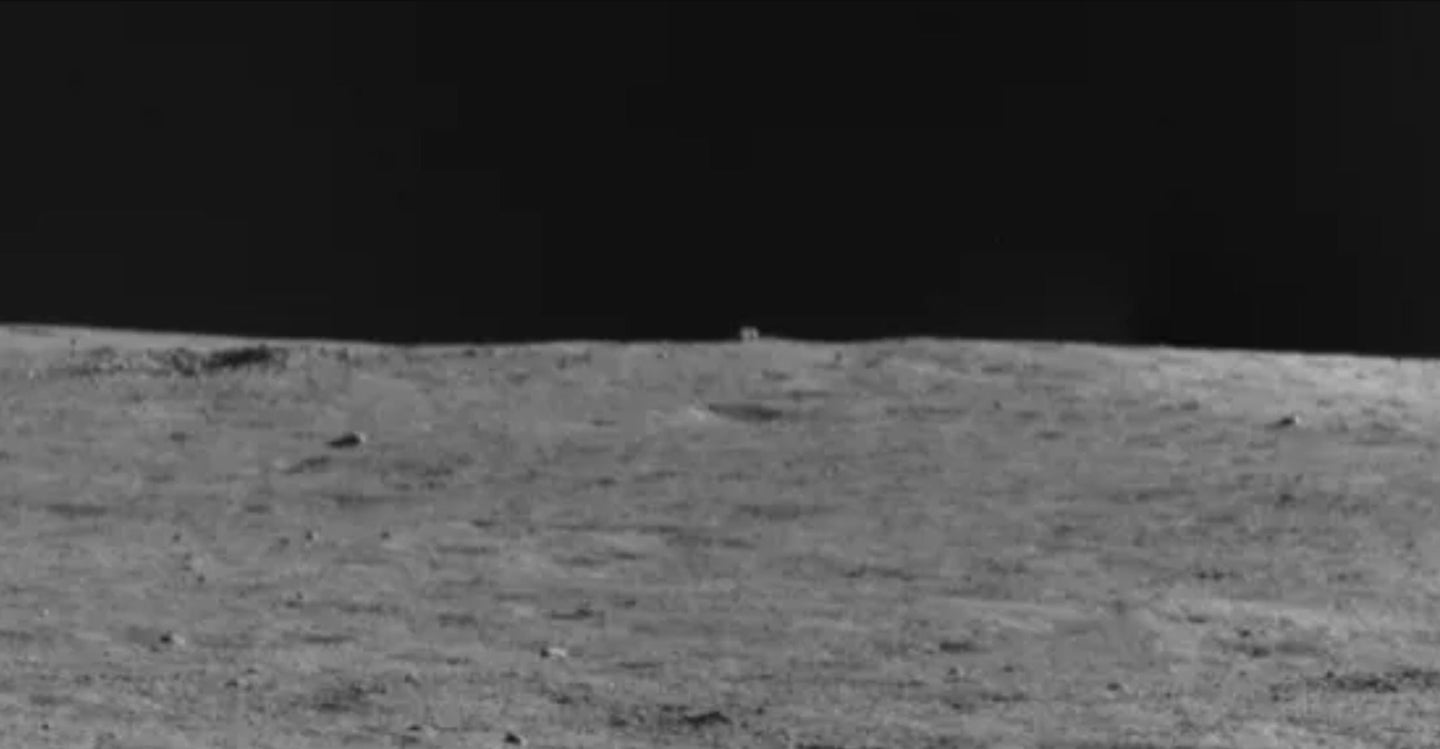 China’s Yutu 2 rover has spotted a mysterious cube-shaped object in the distance on the far side of the moon (though it’s probably not aliens). The rover is going to spend the next two or three lunar days checking it out. Unfortunately, that translates to two or three Earth months.

The Yutu 2 rover was launched in January 2019, as part of Chang’e 4, China’s fourth lunar mission and the second to drop a rover on the moon. It is the first rover to make a “soft landing” (which means it didn’t plow into the surface at speed) on the far side of the moon, so it’s really exploring unexplored territory.

So far, Yutu 2 has spent 37 lunar days (or about 35 months) driving about, checking out the sights in the Von Kármán crater. In total, its off-road trip has covered a little less than 3000 feet (so it isn’t exactly at risk of getting a speeding ticket).

[Related: Check out these shots of Mars from NASA’s Ingenuity helicopter]

Several days ago, Yutu 2 spotted the mysterious cube on the horizon (which, on the moon, is around 260 feet away). Our Space, a site affiliated with the China National Space Administration, called it a “mystery hut”, according to a translation by Space.com. This, of course, is a placeholder name rather than a scientific description of what it found.

According to Space.com, Chinese scientists are interested in figuring out what exactly it is, so Yutu 2 is going to spend the next two or three lunar days (or two or three Earth months) winding its way over, dodging craters, to check it out.

One likely possibility is that the cube is just large boulders that have been revealed by an asteroid impact long ago, since there appears to be a crater next to it. It is, however, unlikely to be a Mcdonald’s or Starbucks, as some commenters have suggested.

Whatever Yutu 2 finds at the cube, we’ll be sure to keep you updated, so check back in a lunar day or two. In the meantime, now seems like a good time to rewatch the Stanley Kubrick classic, 2001 a Space Odyssey.