Cinestill's versatile, daylight-balanced film is now available to everyone after its Kickstarter launch. 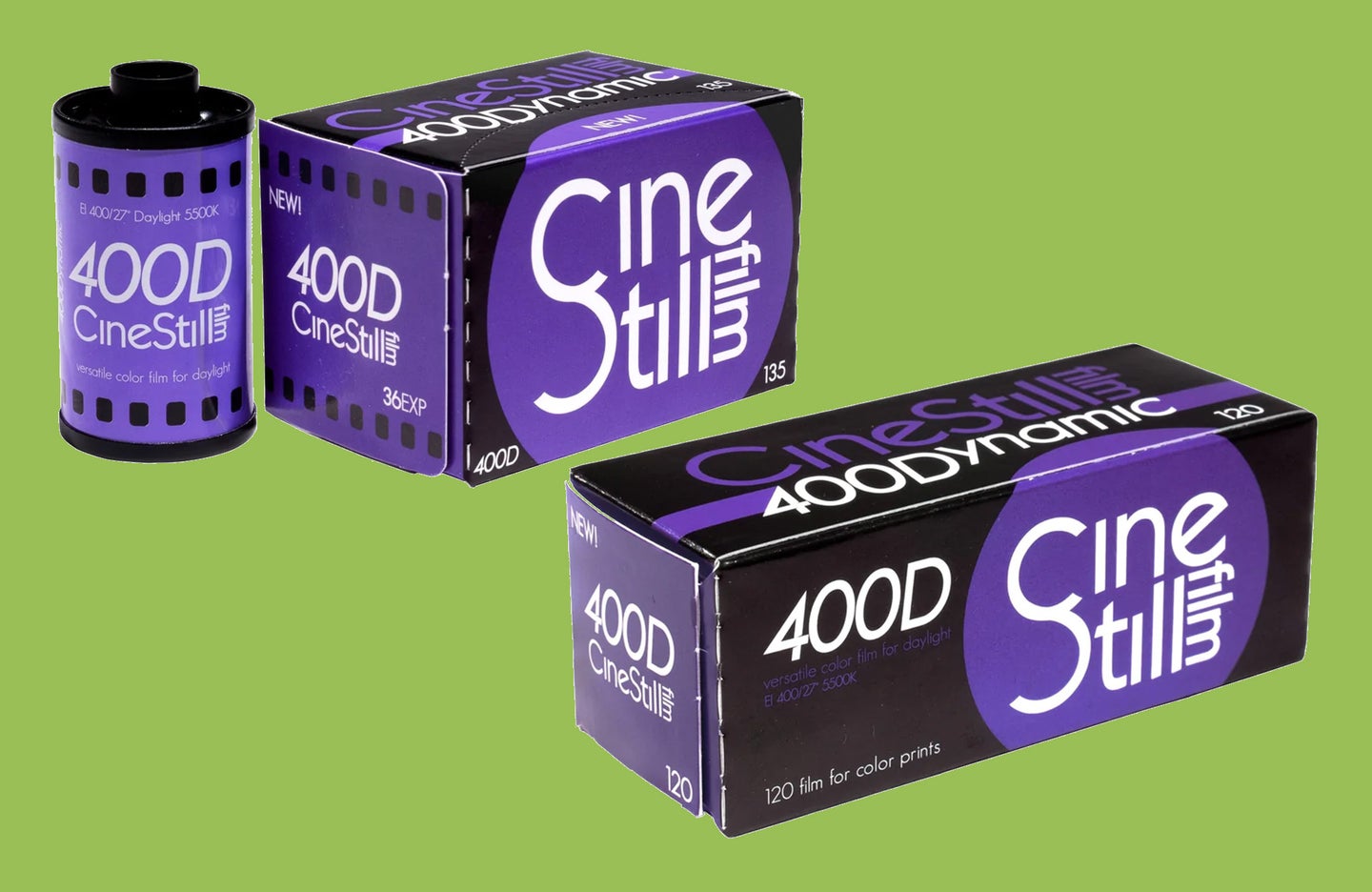 Cinestill's 400D film is available in 35mm and 120. Cinestill
SHARE

Cinestill first introduced its 400D negative film earlier this year with a crowdfunding campaign. Now that the company has delivered on those Kickstarter pre-orders, it’s making the stock available to the public through its website for everyone to buy. It joins the popular 800T and 50D films already in its lineup.

All the films in the Cinestill lineup consist of repurposed cinema film. The company removes a remjet layer before spooling the film rather than waiting until development. That makes development easier for DIY photographers and cheaper for those who use a lab. Cinestill film offers come cinema-specific effects such as its tones and halos that appear around bright light sources (this effect is called halation).

As the name suggests, 400D is a 400-speed, daylight-balanced film, which makes it Cinestill’s most versatile stock so far. The 800T’s color balance makes it neutral under tungsten lighting, which means it’s difficult to get neutral colors under typical daylight conditions. The 50D has a finer grain, but it’s three full stops slower than the 400D film, which can be impractical in all but the brightest working conditions.

Cinestill 400D currently costs $14.99 per roll in both 35mm (36 exposures) and 120 medium format. While it’s certainly not cheap, it’s actually a little cheaper than Kodak’s popular Portra 400 film at the moment, thanks to supply shortages and popularity. I currently have five rolls of Cinestill 400D in 120 that I bought during the Kickstarter pre-order, but I haven’t shot them yet. Look for a full review in the coming weeks.