Have a couple hundred thousand dollars to spare? You could own the Canon 1,200mm f/5.6 telephoto lens later this year. 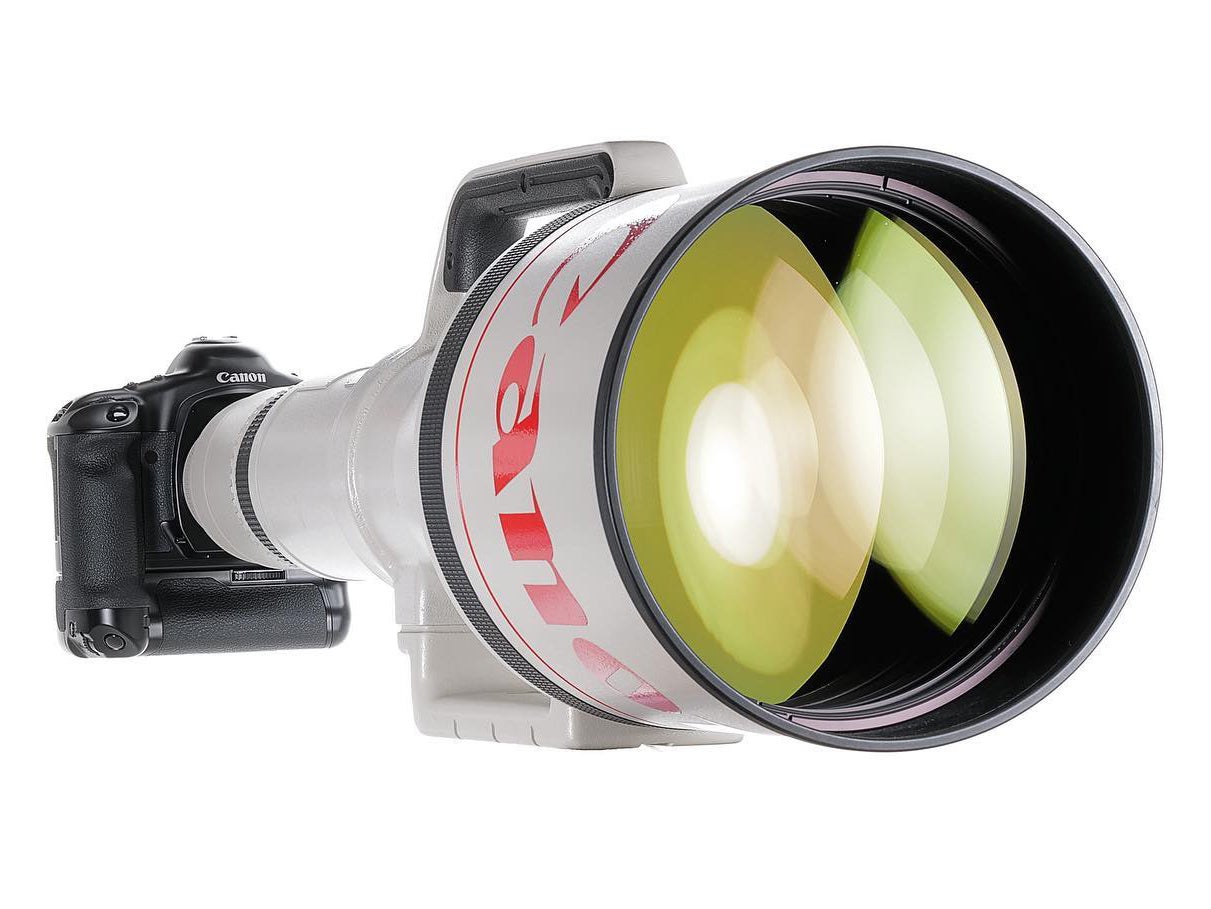 You can be the coolest parent on the sideline of your kid's little league game. Wetzlar Camera Auctions
SHARE

Vintage lenses can command huge prices for a number of reasons. Maybe they belonged to a famous person, or perhaps they’re super-rare specimens that are hard to get hold of. Later this year, when the Canon EF 1,200mm f/5.6 lens hits the auction block, it will certainly command a six-figure price. While that’s a massive amount of money, it’s not all that surprising for a lens that cost almost $100,000 brand new three decades ago.

Canon’s massive glass cannon debuted back in 1993 ,when the EOS-1 film SLR was still at the top of the company’s autofocus SLR lineup. The gigantic lens was a super-limited release–DP Review suggests that there were maybe a dozen of them ever produced. Each one carried with it a retail price in the neighborhood of $92,000. This kind of lens typically ends up in the arsenals belonging to agencies like the Associated Press who then loan it out to their shooters for specific assignments.

The absurd retail price stems, at least in-part, from a massive fluorite element inside. Older fluorite elements were finicky and extremely sensitive to heat, which is part of the reason that Canon made its lenses white in the first place. They don’t absorb as much warmth from the sun during a long day on the sidelines of a major sporting event.

It really is a marvel of a lens

While this rare specimen gains a lot of its value from its rarity, it’s worth considering just how impressive a 1,200mm f/5.6 lens really is, especially considering that it was built nearly 30 years ago. If you dig into Canon’s current lineup, it caps out with the $12,999 800mm f/5.6L IS USM; it weighs just under 10 pounds and achieves all that reach with a total of 18 glass elements in 14 groups. By comparison, the 1,200mm f/5.6 only utilized 13 elements in 10 groups. That’s less glass for more reach. Of course, the 1,200mm’s front element does measure roughly nine inches across, but that kind of girth comes with the territory.

If you wanted to match the 1,200mm focal length exactly, you could attach a 2X extender to one of Canon’s 600mm f/4 lenses (which will also set you back the better part of a base-model Honda Civic when it comes to cost). Adding that extender, however, cuts the effective maximum aperture of the lens by two stops, which means you’re shooting with the equivalent of a 1,200mm f/8 instead of the very classy f/5.6 offered by the soon-to-be-auctioned classic.

The auction is happening in Germany on October 6th of this year. The auction house has created a rather slick promo video for the lens, which is worth drooling over. I don’t have a good estimate for what it might fetch, but collectibles and antiques are extremely hot right now, so the final number could be massive. If you miss out on that one, you can always keep an eye out for other classic behemoths, like the three-foot-long, 36-pound Nikon 1,200-1,700mm lens, which also debuted back in 1993. Just remember that you’ll have to manually focus that one.