The ‘anti-Instagram’ app only lets you post once a day

BeReal has been downloaded more than 20 million times and bills itself as everything Instagram is not. 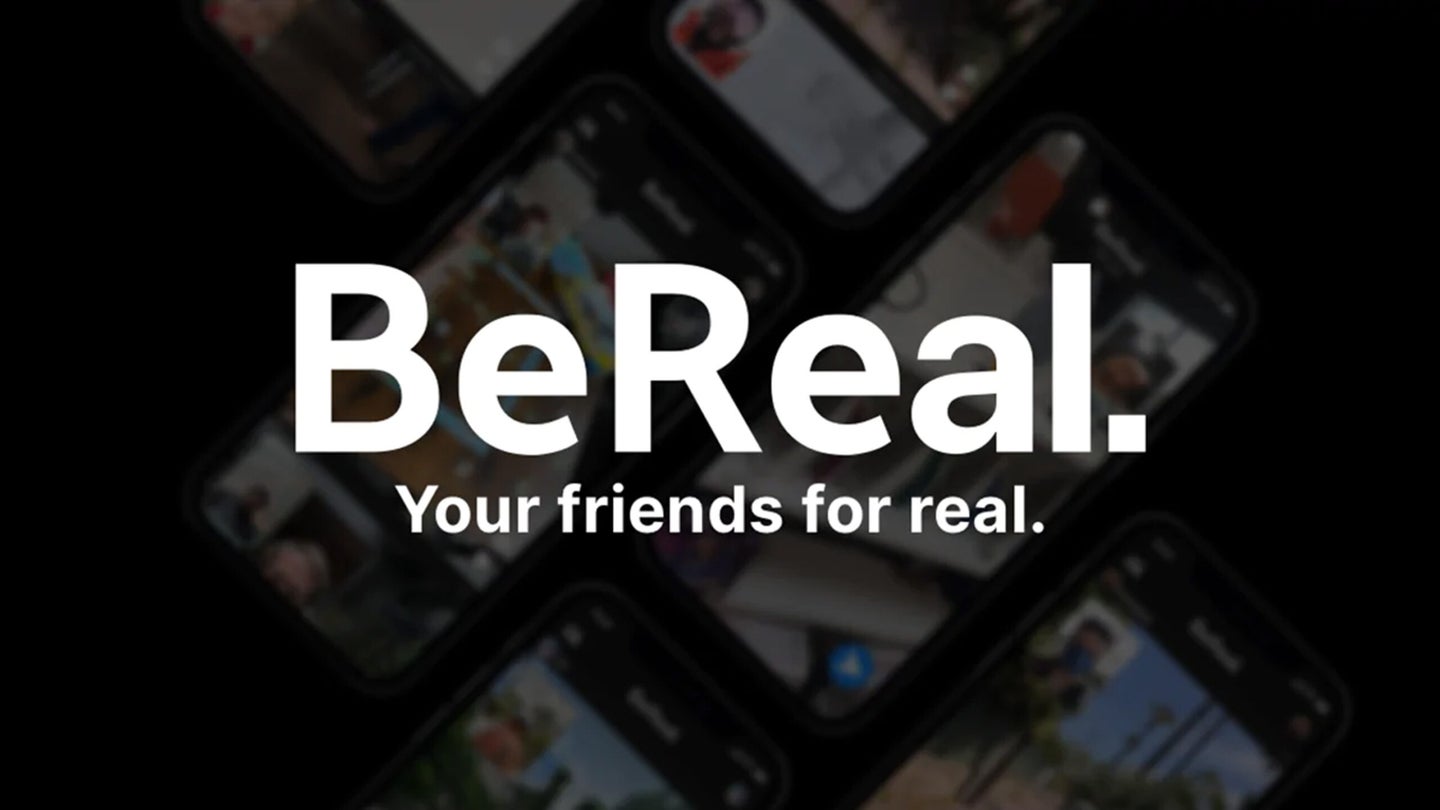 For a while in the early-2010s, Instagram was the trendiest app going. It was a place for photographers, hipsters, and everyone else to share their photos (or at least photos of their brunch). Oh, how things have changed since then. Now Instagram, in a quest to be more like the short-form video platform, TikTok, is losing the love of some of its biggest users—like the Kardashian-Jenner clan—and it’s also opened the door for smaller, more fun social networks like Glass and BeReal.

Meta, Facebook and Instagram’s recently renamed parent company, has been having a bad year. Its stock has fallen more than 60 percent over the past 11 months, as it’s been beset by crises of its own making. For the first quarter ever, Facebook lost more users than it gained in a quarter, Apple’s privacy-focused iOS updates will cost it $10 billion in ad revenue, the metaverse looks like a misguided and expensive bet that won’t pay off for years, and then there are the whistleblowers.

And now Instagram has gone and upset Kylie Jenner—who once knocked $1.3 billion off Snap’s shareprice with a single tweet.

If you’ve used Instagram at all over the past few months, you’ll likely have noticed some pretty significant changes. The main feed is now overrun with “Suggested Posts”, it’s testing an ugly fullscreen feed, and its generally just doing everything it can to turn into TikTok. The final straw last week was the announcement that going forward, all videos under 15 minutes posted to the platform would be Reels. Not only does this mean they’ll appear slightly differently in your friend’s feeds, but if you have a public account, they’ll be eligible to be recommended to random users who don’t follow you.

In other words, to try and stop Instagram users leaving for TikTok, Meta is bringing TikTok to them.

Kicking off with the Kardashians

Like any changes to a social media app, this did not go unnoticed or un-protested. Photographer Tati Bruening set up a Change.org petition calling on Meta to “Make Instagram Instagram Again”, stop copying TikTok, bring back chronological timelines, and generally just listen to its creators.

While that petition has now got more than 185,000 signatures, its biggest boost came from Kylie Jenner, the second most followed person on Instagram, who shared it, as well as her sisters Kim and Kourtney Kardashian, the seventh and 16th most followed people respectively.

There’s been enough uproar that Instagram head Adam Mosseri had to address the changes with—of course—a Reel. In it, Mosseri basically admits that Instagram is changing and some of the changes are pretty rough. He then doubles down on the whole pivot to video thing, saying that while Instagram will “continue to support photos” we’re going to be seeing a lot more video content—or at least getting forced on us.

While Instagram has been less attractive to photographers (and other users) over the last while, this has allowed other apps to get some traction.

Glass is a subscription-based throwback to the good days of Instagram, Flickr, 500px, or whatever photo-focused app you remember with the most love. At $4.99/month or $29.99/year, it’s pretty pricey—but it is gorgeous and puts photography and community front and center.

The latest app to take off is the French social network BeReal. It’s taken the top spot in the US app store a few times over the past week and has now been downloaded more than 20 million times. Billed as an anti-Instagram, users can only post once a day—and have to post in order to see their friends’ pictures. Everyone in the same country gets a notification at the same time and has just two minutes to share a photo or it gets marked as late. Users are also forced to take a snap with both the front and back cameras of their smartphone at the same time, to better show off what they’re doing at that moment.

What’s next for the ‘gram?

Facebook was once the hottest social media site going (long before it became the favored platform of anti-vaxxers). And it seems clear that Instagram is going the same way—popular but not popular. Sure, it will keep lots of users, but I’m not sure how much longer it will remain “cool.”

So, to whatever app takes its place—whether it’s BeReal, Glass, or something else entirely—I hope you’re ready for the Kardashians… and for me.