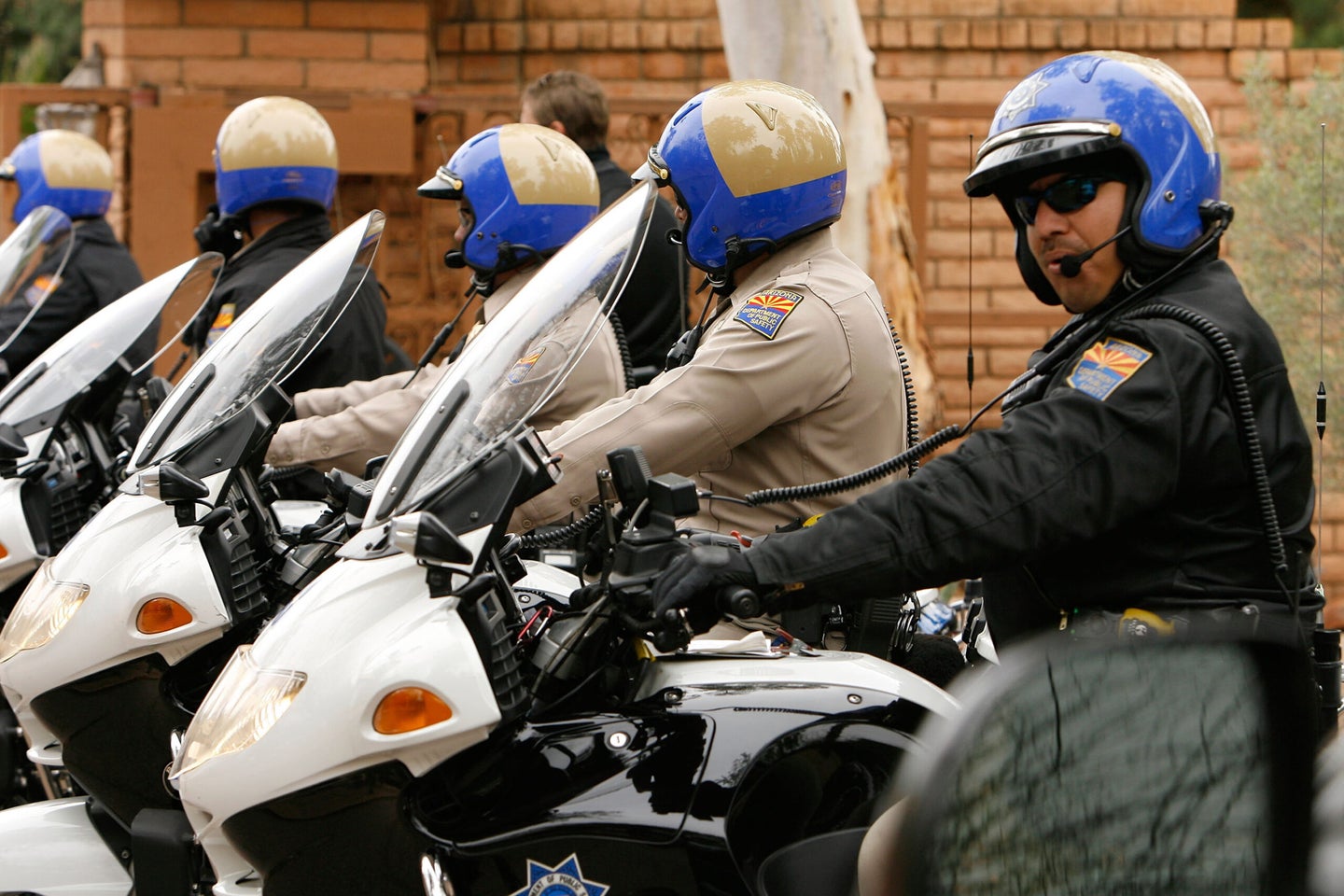 This article has been updated, it was originally published on July 12, 2022.

In the last several years, smartphone videos have been instrumental in exposing police misconduct and violence—in some cases, even leading to indictments. So when the Arizona state legislature recently passed House Bill 2319—making filming the police a lot harder and the consequences more severe—it drew criticism and concern.

Now, in a fresh turn of events, a federal judge has halted enforcement of the new law’s parameters. The preliminary ruling by the U.S. District Court Judge John Tuchi set a deadline of one week for any party (i.e. Arizona police agencies) to come forward defending House Bill 2319, which was originally going into effect on September 24. It was signed into law on July 6 by Governor Doug Ducey.

“We are extremely gratified that Arizonans will not have their constitutional rights infringed and their ability to record the police criminalized by this law,” KM Bell, ACLU attorney, told the Associated Press.

“There wasn’t anything in the law that said the person recording has to be interfering with law enforcement or harassing officers or otherwise doing something that would create a danger or a distraction,” said attorney Matt Kelley, who represented news organizations protesting the bill. “All it prohibited was simply standing there, making a video recording. And since that’s an activity that’s protected by the First Amendment, this law was on its face unconstitutional.”

Sponsored by State Rep. John Kavanagh, a former New York police officer, the law, signed by Governor Doug Ducey, makes it illegal to film law enforcement personnel within eight feet of their activity, whether or not a verbal warning has been issued. Punishment for violating the law is a class three misdemeanor, which could mean a fine or jail time.

“I’m pleased that a very reasonable law that promotes the safety of police officers and those involved in police stops and bystanders has been signed into law,” Kavanagh said. “It promotes everybody’s safety yet still allows people to reasonably videotape police activity as is their right.”

There are a few caveats that critics say make the bill convoluted, though. For example, the bill notes that should the encounter take place in an “enclosed structure” where the minimum distance cannot be maintained, filming is allowed as long as the law enforcement officer determines that it is safe and does not interfere with any proceedings.

Additionally, if you’re the subject of a law enforcement encounter (including a vehicle stop), the bill allows you to film, provided that, again, it does not interfere with “lawful police actions.”

According to NPR, this bill passed just one year after the US Department of Justice launched a far-reaching investigation into the Phoenix police department’s potential use of excessive force. The National Press Photographers Association filed an official objection in February, along with an open letter signed by major media outlets and First Amendment advocates, including BuzzFeed, The Associated Press, The New York Times, The Atlantic, and the Society of Professional Journalists.

“Governor Ducey has made it a crime for someone to film law enforcement if an officer is less than eight feet from them—chilling the use of the public’s most effective tool against police wrongdoing in violation of our First Amendment rights,” American Civil Liberties Union of Arizona staff attorney K.M. Bell told Insider. “By limiting our ability to record police interactions, this law will undoubtedly make it even more difficult to hold police officers accountable for misconduct.”