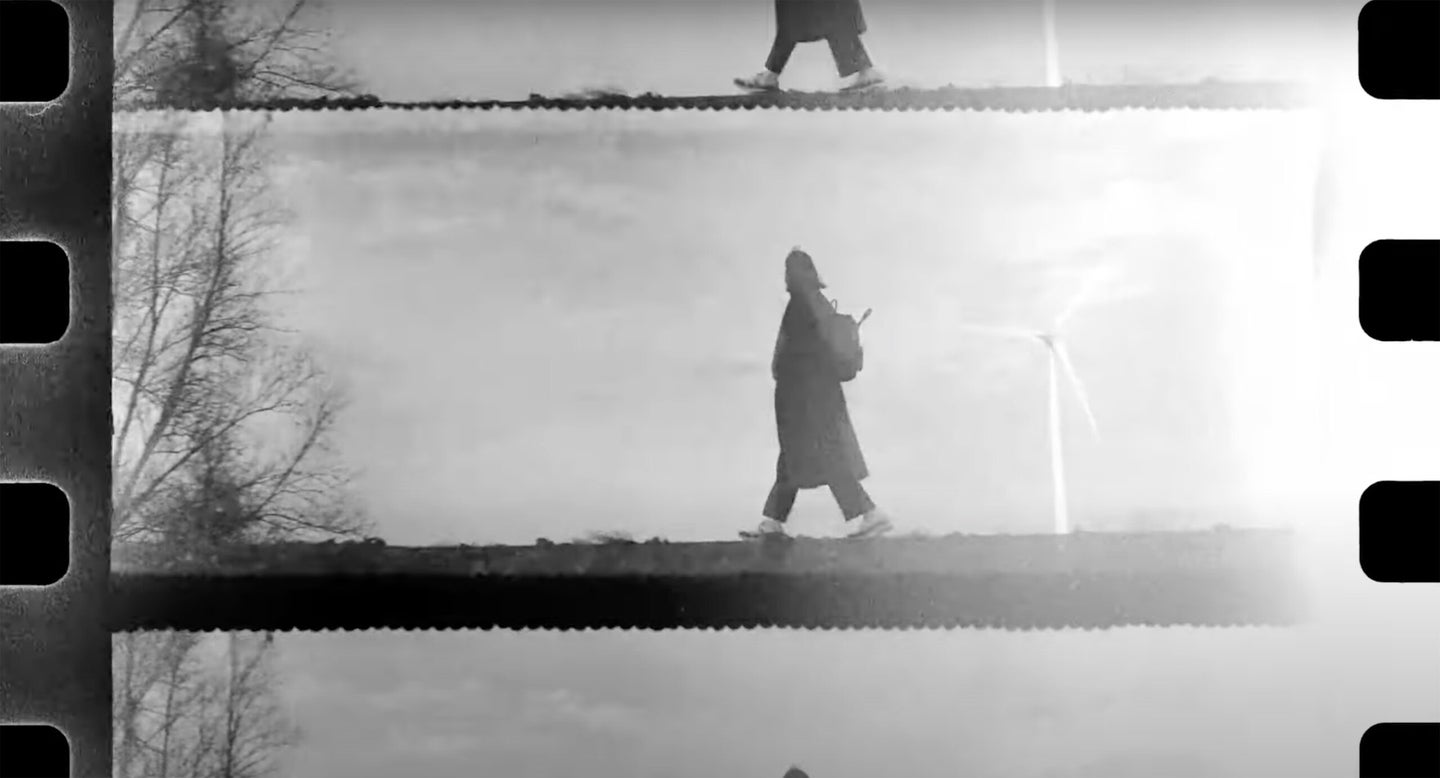 With the renaissance of film photography has come a resurgence in the popularity of Super 8. These analog video cameras are easily portable and always pack a punch of nostalgia. However, the film can be a little harder (and pricier) to find than your more-standard 35mm rolls. Photographer and trained engineer Yuta Ikeya took this into consideration when he made himself a 3D-printed analog movie camera, which takes 35mm film.

The camera is gargantuan by today’s standards—even compared with Super 8—but sits comfortably atop a sturdy shoulder. Ikeya, who holds several degrees, notably in mechanical engineering and vehicle engineering, created the camera himself from start to finish.

From designing and modeling to manufacturing, assembling, and testing, he did it all, building a few prototypes over the course of a year, he told Super8TV. The resulting camera operates with a direct current (DC) motor and mechanically synchronized gear and cam mechanism. He used products by Arduino, an open-source hardware and software company manufacturing single-board microcontrollers, to control the motor. Ikeya printed the camera in reinforced PLA (polylactic acid).

Related: 5 reasons you should develop your own film

As shown in his YouTube video, Ikeya spliced two rolls of 35mm film to spool through the camera, and his final footage gives delightful, old-timey vibes as you watch the tape ticker through the screen, following him and his subject on a walk through the countryside.

In its present iteration, the camera is built for filming short clips only and does best with a high-speed film. The viewfinder shows a real-time image, but light passing through the lens is split by a half mirror, which diverts it to both the film and the viewfinder, necessitating a higher ISO.

While he doesn’t currently have plans to continue the project in the near future (he is a master’s student in industrial design in the Netherlands), he does have a few things he’d tweak for the next iteration of the camera, including adding a higher FPS capability, video stabilization, and more. We can’t wait to see it!