5 reasons you should develop your own film

Take the DIY approach to processing film and you'll find a supremely rewarding experience that can also save you some dough (to buy more film). 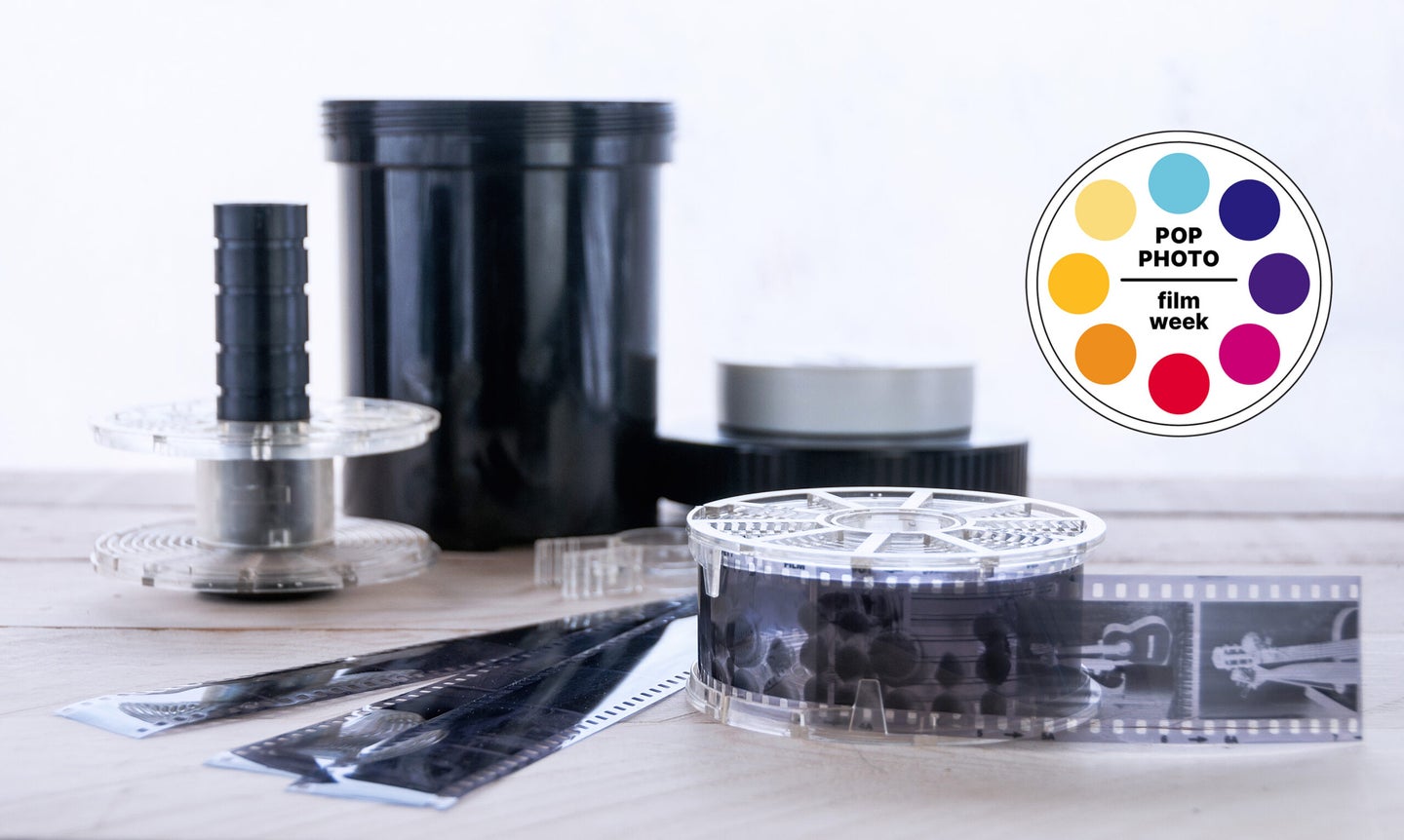 Back in the pre-digital days, most Photo 101 classes had students start out shooting B&W film and learning how to develop it. For many who have returned to film photography, do-it-yourself film processing is one of analog photography’s big attractions—it’s easy, it’s good fun, and it’s very rewarding.

If you haven’t considered developing your own film at home, here are 5 reasons you should consider giving it a try.

1. Developing your own film is easier than you think

Related: Everything you need to develop your own film at home

Film processing might seem daunting if you’ve never done it, but it’s really quite easy—remember that back in the day, film developing was a skill easily mastered by school students. Getting the film on the developing reels requires a bit of practice, but the processing itself is dead simple—it’s a matter of mixing up the chemicals, pouring them in, setting a timer, moving the tank around at pre-set intervals, and pouring them out again.

Contrary to what many believe, you don’t need a darkroom to develop film—darkness is only required for transferring the film into the development tank, for which a simple dark bag or dark tent will suffice. After that, everything can be done at your sink with the lights on, and with the chemicals right around room temperature. Color developing is a tad trickier because it requires more precise (and higher) temperatures; still, it’s not brain surgery. If you can follow a simple recipe in a cookbook, you can develop your own film.

Related: You should buy a sous vide machine and develop your own color film

Lab developing is often one of the priciest elements of film photography, and doing it yourself can save you a lot of money—in fact, it’s a key element in my strategy for shooting film on a budget. How cheap is it? That depends on what developer you use (and there are a lot of choices), but generally, the costs for chemicals will be between 50 cents and $1 per roll for 35mm, with 120-size film costing just a few cents more. Yes, you read that right—it generally costs less than a buck a roll to do your own B&W developing.

You will need some equipment—developing tanks and reels, a thermometer, a dark bag, and some measurement beakers, which you can buy separately or in a kit—but before you do that, talk to photographer friends to see if they have equipment from their film days that they’d be willing to give you. If you have to buy new, figure on spending between $100 and $150—a one-time investment that will quickly pay for itself in savings over lab developing.

3. There’s a lot of support for home film developers

We fear we’ve made at-home film developing sound more complicated than it is, mentioning all the choices in chemistry and the hardware you’ll need. Don’t worry—the process really is very straightforward, and the Internet means you don’t need to take a photography course to learn (though if you have that option, it’s a great way to go).

Today, there are scores of articles and online videos on YouTube that will walk you through the basic process. Film manufacturers provide data sheets that give specific developing times for different types of developers, while timing for the rest of the processes—stop, fix and wash—are effectively constant. You’ll notice that different photographers may have slightly different methodologies; there’s a little flexibility in the process of processing, which is one of the things that makes it so easy.

Once you start developing, you can experiment with different developers and techniques to find what works best for you. You’ll find lots of help on various film-related forums, and before too long, you may well be one of the experienced film developers sharing your knowledge with other newbies.

4. Developing your own film expands your options

One of the joys of film photography is that you are working directly with light-sensitive media (as opposed to digital, where there’s always a layer of electronic data wizardry between you and your images). That work need not end when you fire the shutter: DIY developing presents all kinds of options to fine-tune your analog photography. How can developing extend your options? Lots of ways.

With B&W photography, the choice of developer makes a difference as to how your photos will look. Many avid DIYers keep several types of developer on hand. Even changing the dilution of your chosen developer can alter the way your photos come out. There’s lots of documentation and knowledge online, so it’s easy to customize your developing regimen to get the result you want. Developing your own film also makes it easy to push- or pull-process (intentionally under- or over-exposing your film, then compensating by altering the development time). When you do your own developing, you have real control over how your negatives look—control that would otherwise be turned over to your photo lab.

Asked anyone who has ever developed their own film: There is no feeling like opening the tank after that final wash, unrolling a bit of film, and seeing an image—a physical image that you physically put there by exposing and developing the film. It’s a sensation of which we at PopPhoto never tire, and that no digital camera or computational process can emulate.

One of the aspects of film photography we love most is that it removes all barriers between the photographer and their image. When you take a film photograph, you are literally working directly with the very stuff of which your photo is made, including selecting how much light the silver halide crystals are exposed to.

Developing your own film lets you complete that process as you literally convert a latent image to a visible image by hand—not 0s and 1s and invisible data, but real silver and dyes you can see with your own eyes. Technically, it’s not magic—it’s science and chemistry—but if film developing doesn’t feel like magic, well, we don’t know what does.