They must have had awesome insurance 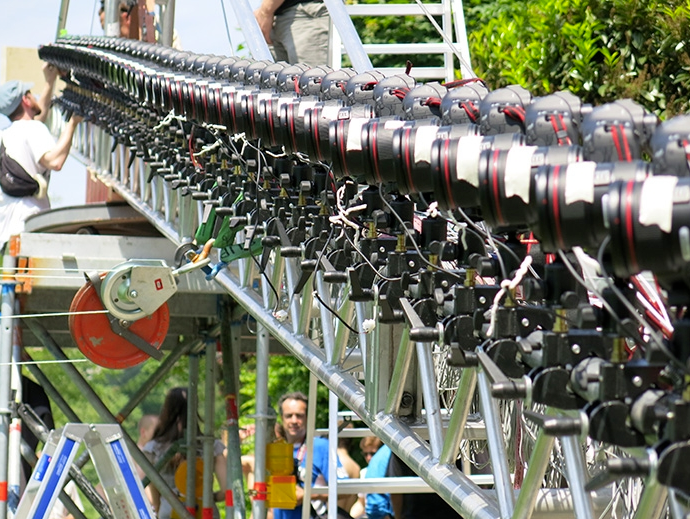 Bullet time has been around for quite some time. In fact, we’ve written about several different versions here on PopPhoto.com. Typically, they use decent lenses and consumer-grade bodies, but this bungee surfing shoot used 50 Canon 1D X bodies with 24-70mm F/2.8L II lenses. That’s approaching a half-million dollars in camera gear.

The sport itself is actually pretty interesting. A boat tows a surfer along using a stretchy cord that slingshots them forward after letting go. It’s a bit like wake boarding without the water skiing elements.

The shots are pretty cool, but it seems like the potential to use the 12 fps capabilities (with AF) of the 1D X could lead to some even cooler applications down the road.

So, even if the shots don”t blow your socks off, it’s still cool to see what current top-of-the-line gear is capable of. What would you do with access to that much gear?