How Corbis Stores Millions Of Images In A Converted Limestone Mine

Meet the astonishing world of the Bettman Archive 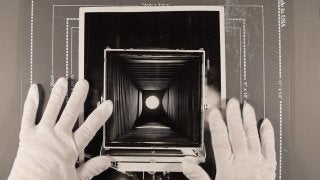 In Boyers, Pennsylvania, there sits what used to be a limestone quarry. Dug 220 feet below the surface, a strictly temperature controlled environment holds one of the greatest photo collections known to humanity: Corbis Images’ Bettman Archive. Comprised of more than 11 million images, stored in the underground facility known as the Film Preservation Facility. Now a documentary takes you inside the archive, showing off what this deep, cold, and stable place does.

The Bettman Archive started as a collection of 15,000 images that Otto Bettmann brought with him when he fled Nazi Germany. For decades, his growing collection was stored in Manhattan, but in 2002 Corbis Images took an unprecedented step in preservation, moving it to the Iron Mountain storage facility.

The temperature of the storage facility there is gradually being lowered it -4°F, and is uniquely seismically stable. At that low temperature, the images and filmstock will degrade hundreds of times more slowly than it would otherwise, preserving the medium for future use. Simultaneously, Corbis is scanning and digitizing images as it goes, for more immediate needs.

This documentary is part of the The Invisible Photograph series, the same Carnegie Museum of Art production that recently unveiled the missing digital Warhol work. This video shows just how incredible this attempt to store these images is, and hopefully it will mean that they’ll be preserved for the forseeable future.