Courtesy of the Vest Pocket Kodak 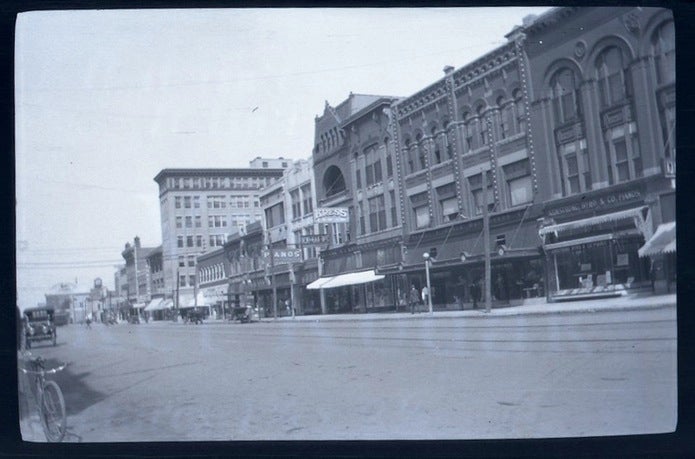 In the early parts of the 20th century, the Vest Pocket Kodak was an incredibly popular camera, thanks to being small enough to fit in your pocket when not in use. With a $6 street price (around $140 in today’s money), the cameras went everywhere—including a century long time capsule in Oklahoma City.

Buried in 1913, Oklahoma City’s Century Chest was dug up in April of last year, but what’s only coming to light now is a set of images hidden inside of it. The time capsule had a box that was wrapped in perfectly preserved packaging from when it was first buried, so the researchers took their time opening it, trying to preserve as they went. And inside the box was the camera—and inside the camera were a set of eight, perfectly preserved and developed negatives from 1913.

These images of Oklahoma City represent a view of a city now massively changed. Many of the buildings aren’t there at all any more, and for some, these are the earliest photographs that we have.

It’s an extremely interesting look on the way the city once was, and again shows what incredible finds can come from previously unknown historical images.

Unfortunately, an SDHC card full of images probably won’t be much use 100 years from now if you’re planning your own time capsule. Perhaps an archival print would be a better way to go?