Imagine an Aurora Borealis So Bright, It Overexposes Your Photos

The skies in Sweden were so bright, they overwhelmed the cameras 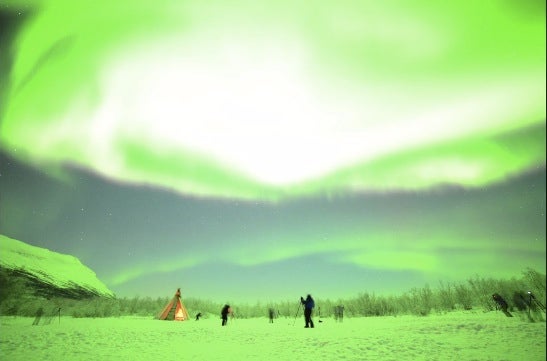 The auroras, be they australis or borealis, are frequent subjects for photographers and timelapse artists. But with the stunning glowing formations still only producing meager light, long exposures are a must to show off their beauty. But over the last month, Abisko National Park in Sweden has been privy to an incredible run of the northern lights, and one night they were so bright, they overexposed a timelapse being recorded by [photographer Chad Blakley](http://Abisko/ National Park).

Blakley runs organized trips to the parks to view the lights, and apparently the aurora has been visible for 29 of the last 31 nights. However, on the night of February 1st, something truly amazing happened. Talking NBC, he explained:

It’s extremely rare for the auroras to get that bright, but when they do, you have to admit it’s more than a little magnificent. So, who’s up for an expedition to the northern extremes to go try and shoot the lights?