We Don’t Report on Camera Rumors: Here’s Why

Chill out for a minute, comment-section-warriors 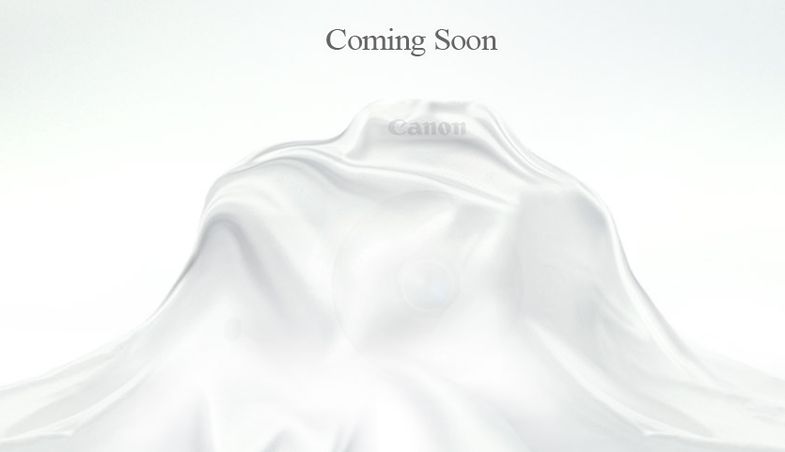 Every once in a while, I’ll get SEO reports from corporate letting us know how PopPhoto.com is doing in search. There’s one term on the list that always gets a lot of volume, but we’re not ranked at all: “camera rumors.” The truth of it is that camera rumors are a great way to generate page views. But we don’t do them and for as long as I can help it, we won’t. There are a couple reasons why and I’m happy to share them, even if it does make a few people upset.

For many people, speculating about future cameras is fun. Who doesn’t like to discuss feature wish-lists and the promising possibilities of new gear? But for some, it begins to eclipse photography on the whole. If you’re not careful, it’s easy to lose hours arguing away on message boards and comment sections about a camera that may or may not even come to be. Look at most camera blogs and you’ll find that the comment sections on rumor posts tend to be long, and often full of bickering.

At that point, acquiring the information has diminishing returns. Time spent arguing over possible-specs could’ve been spent learning the art of photography. You could look for work that inspires you on the web or check out some online tutorials. Pick up a photography book (The new book from Gregory Heisler is just fantastic) and learn from someone great. No one expects you to be 100% efficient with your time, but we prefer to encourage the pursuit of something more constructive. Every time I go to the Photography section of Reddit (which is actually a really great community) and see a mundane rumor post perched well above an incredible photography interview or a useful tutorial, I can’t help but sigh.

Arguing on the internet about camera rumors has never made anyone a better photographer. Full stop.

Then there’s the issue of accuracy. It’s not that rumors are typically wrong, but rather that they’re often right. So often, in fact, that rumors have gained quite a bit of credibility. For some, that’s a benefit. After all, who wants to buy a new camera if the replacement for it is right around the corner?

Sometimes, however, it works in the opposite direction. Rumors of Canon’s 7D Mark II, for instance, have been circulating for well over a year. If you put off buying a camera thanks to the rumor of that new body, you’d have been waiting since last October and it still might not even be a real camera.

The same things happen with pricing. When Nikon’s Df retro-styled DSLR started to leak out, rumors were flying about a price tag in the $1,500-$2,000 range. Of course, the actual price is more around $3,000. Yes, that does seem expensive, but for someone who was expecting those $2,000 predictions to come true, it was infuriating. The untrue information that “leaked” before release actively changed the way people saw the camera.

I don’t want it to seem like I’m hammering on just the dedicated rumors sites, either. Practically everyone in the industry looks at them and of those who tell you they don’t, well, many of them are lying. We here at Popular Photography regularly get briefed in advance about new cameras that won’t be released for some time. We sign NDA agreements and we honor them. But there are loopholes and even the biggest of the big boys in the camera blog world poke their heads through them.

The most common practice is for a publication that has already been briefed on a camera to write a post about a rumor being reported by another site. That way, they’re not breaking their embargo, but they get all those sweet page views. I’m not going to name names because literally almost everyone does it.

One typical technique for getting away with it is to add a cute question mark at the end of a headline. “Is this the new DSLR from [insert camera maker here]?” Of course it is. You know it is because you’ve held it. I stood next to you while you were holding it. The whole thing just doesn’t feel right.

I don’t think rumor sites should stop doing what they do. There’s value in it. Readers, however, need to consider that information responsibly and understand the context. They need to understand that if you put off buying a camera because of something you read on a rumor site, you’re gambling. In the same way, you’re also gambling if you’re buying a camera without doing the proper research because a new model might be right around the corner. None of it is a sure thing, but that can easily get lost in the wash.

I’m already well-aware of what kind of comments I’m going to get about this little rant of mine. “You just don’t want to make your advertisers angry!” In reality, we probably make our advertisers mad all the time with our reviews and other posts. But, they don’t try to punish us because they know we do our absolute best to be fair and honest. If a company wants to restrict our access because we say something honest to benefit our readers, then so be it. But, it hasn’t happened yet and I don’t expect it will. And while compromising our relationships with camera-makers is bad, compromising our relationships with readers would be far worse. To me, spreading possibly-false information in the name of ad impressions does both.

It’s getting tougher to do now, though. Camera companies themselves have started to realize that “leaks” can be beneficial for a product launch. Nikon’s Pure Photography campaign for the DF dominated photo sites by teasing their new retro-camera. I posted about it and I’m not even sure how I feel about it. Canon Korea recently put up a picture of a DSLR under a sheet and the number of resulting blog posts is staggering

Seriously, look at this google search. “Canon Korea Rumor November” and you get an impossible number of results. All of it stemming from a picture of a DSLR under a sheet with literally no details other than “Coming Soon.” From that, and a similarly detail-free promo video, some readers have decided that they’re simply announcing a white Digital Rebel. In fact, that idea is already being used as evidence against Canon by those who think they have “lost the ability to innovate.”

I get it. You see something under a sheet, you wonder what it is. You want to guess. You want to be right and you want to be first. But at what cost? Like it or not, big sites are lending credibility to rumors, even if they’re incorrect, simply by acknowledging them. It’s one thing to say, “A company is teasing a new thing.” It’s another to take wild guesses as to what it might be.

In some cases, this new teasing strategy can really backfire. When Leica pulled the same “what’s under the sheet?” bit with their “Mini M” campaign, there was a resounding disappointment when everyone found it was just another one of their high-end compact cameras.

Ultimately, PopPhoto.com could benefit monetarily from publishing rumors. The number of page views they get compared to the minutes of simple work they require is insanely attractive. We’ll likely still talk about official teasers, but we aren’t about to speculate and spread info that may not be true, regardless of how happy it makes the Google robots. And I’ll continue to hope that the discussions stay civil and productive. Yes, even on the internet. I’m an optimist.

Our goal here is to help make people better photographers and allow them to enjoy the art form in a variety of ways. We write about gear because picking the right stuff can drastically affect your work. Unfortunately, rumors can do that too. Just ask those people sitting over there waiting for that Canon 7D Mark II to drop. They’ve been there for a while. They could probably use the company.

cameras
Editorials
Look At All This Sweet Seo
news
Rumors