Hundreds of high res images from the Apollo missions, available to download 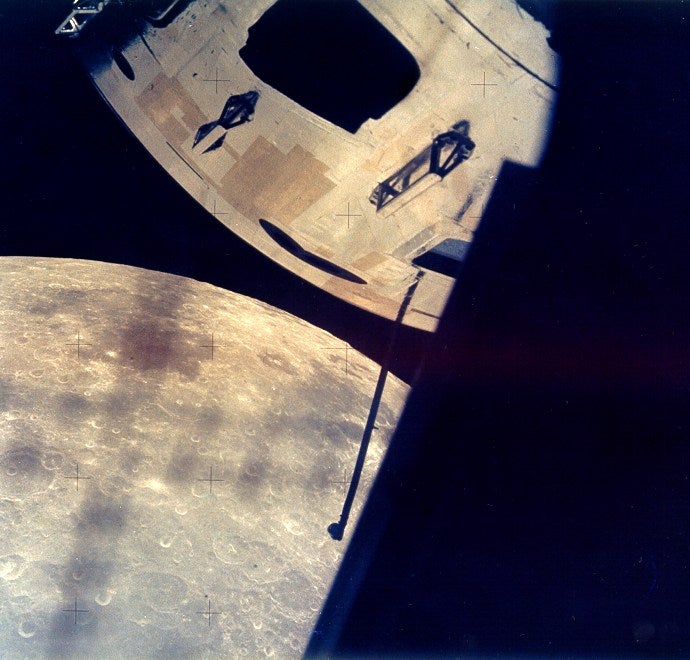 View from LM of Command Module and the Moon from Apollo 13.
SHARE

One of the many, many wonderful things about the NASA space programs is that since they’re funded with public funds, much of what they produce is automatically in the public domain — images especially. Which gives us amazing projects like the Apollo Archive’s Apollo Image Gallery, which features high resolution scans of photos taken of, and during, the Apollo missions.

While the website itself might be a little backwards in its design, the images it contains are stunning. Running from the pre-Apollo days of 1960 all the way to as late as 1975, it really is an incredible look at the images of the space program. There are photos taken on board the Apollo ships, images of training, the capsules, simulations, and much more. There are even entire Hasselblad magazines scanned and uploaded.

There are so many images from NASA that are now iconic, like the Blue Marble, and we’re spoiled for new space images thanks to constant image feeds from the Mars Rover. But these photos show us thousands of images that we would never have seen before, of a time when the space program was at the forefront of the world.