Check Out This Incredible Four Gigapixel Panorama of Mars

Stitched together from hundreds of images taken over many Martian days, this four gigapixel panorama gives an incredible view of the Red Planet 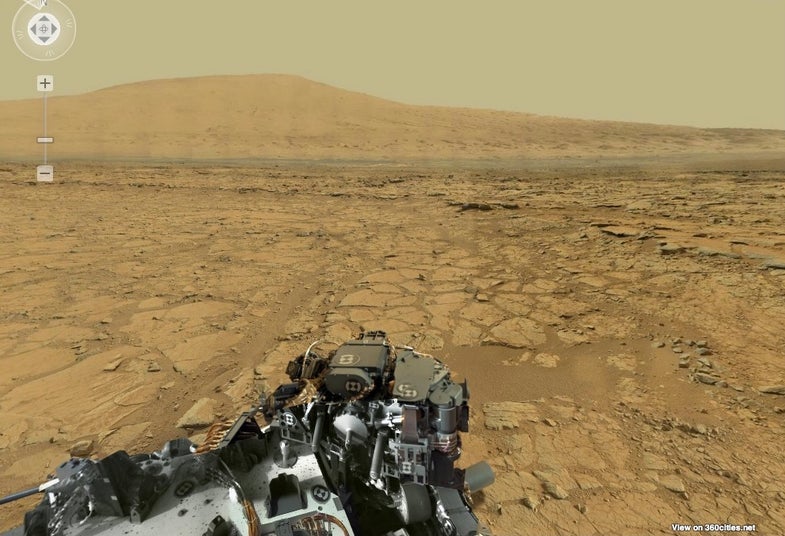 The images that have been sent back from the Mars Curiosity Rover are endlessly fascinating, and it has been impressive to watch what the community at large has been able to do with these hundreds of photos that have been beamed across the inky depths of space. A perfect example is Andrew Bodrov, who stitched together hundreds of images to make this four gigapixel panorama of Mars.

The image stretches 90000×45000 pixels, and is made up from information from two different cameras. There’s the Narrow Angle Camera (NAC), which has a 100 mm focal length, and provided 295 photographs for the panorama, shot on Martian dates Sol 136-149. The panorama also includes 112 images from the 34mm Medium Angle Camera (MAC), taken on Sol 137.

This isn’t the first panorama we’ve seen from Mars, NASA released their own one in August. And Bodrov has released a number of other such stitched together, like these shot during Sols 2 and 177.

Naturally, the internet is already enjoying looking for odd rock formations and things that look like fossils.