Starting in January, Instagram will effectively be able to sell your images 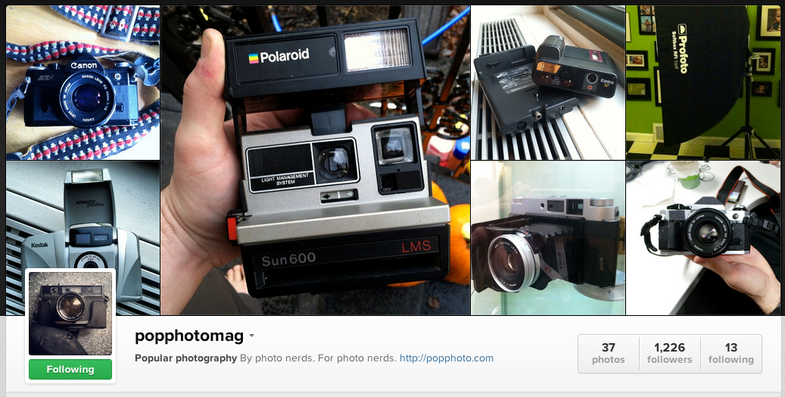 _**UPDATE 12/18/2012: **Instagram has released [an official response](http://To/ be clear: it is not our intention to sell your photos. We are working on updated language in the terms to make sure this is clear.) to the massive backlash brought about by the change in their ToS. The statement claims it was “never their intention” to sell your photos and that the language is being cleaned up to reflect that fact. At present, the language is still ambiguous enough to be a concern. It’ll be interesting to see how they change it, but it seems like a lot of damage has been done already_.

Instagram has been a polarizing issue for a while now in the photo community, but early next year there will be some changes coming with changes made to their terms of service. As you probably guessed, it’s not great news for photographers. And it comes at a time when we haven’t seen much good news from Facebook’s mobile photo behemoth.

This is from the old ToS (emphasis ours):

Instagram does NOT claim ANY ownership rights in the text, files, images, photos, video, sounds, musical works, works of authorship, applications, or any other materials (collectively, “Content”) that you post on or through the Instagram Services. By displaying or publishing (“posting”) any Content on or through the Instagram Services, you hereby grant to Instagram a non-exclusive, fully paid and royalty-free, worldwide, limited license to use, modify, delete from, add to, publicly perform, publicly display, reproduce and translate such Content, including without limitation distributing part or all of the Site in any media formats through any media channels, except Content not shared publicly (“private”) will not be distributed outside the Instagram Services.

It’s not the best deal in the world for a photographer, but it’s pretty standard. Now, the new section:

They sound like similar lawyer speak, but there are a few phrases in there that make a world of difference. “Transferrable” and “sub-licensable” are the most troubling because they give Instagram the right to literally sell your images to, well, whoever. When you upload your photo to the service, you’re giving them a license to show it as part of their app and on their site. Now, though, they’ll be able to take that license and extend it (for money) to advertisers at their discression without telling you about it.

Here’s another snippet of text:

Ultimately, the ToS now more closely matches that of the company’s owner, Facebook. But, it’s a bit troubling. Luckily, you can still restrict how much access third parties are given by making your account private, but that kind of defeats the purpose of Instagram in general.

This news is only made worse by a few other recent Instagram stories which have been less than thrilling for photo enthusiasts. First they had their ties with Twitter cut, so it’s more difficult to actually look at photos when you’re not in the app. Then, we found out that there are going to be ads in the Instagram feed. And with the latest update, you’re now forced to crop your image square — no more letterboxing, which makes little sense in a time when the iPhone 5 is touting their panorama feature so heavily.

The service itself is still a fun one, but that’s a lot of red marks that have shown up over the past couple weeks. Many shooters — even the casual ones — probably aren’t that excited to have a giant corporation out there selling their photos without being paid or even notified about it.

Does this change the way you feel about Instagram? Does it make it more likely for you to switch to something like Flickr’s excellent new iPhone app?