A video going viral shows a seagull stealing a GoPro camera — but is the whole thing a marketing ploy? 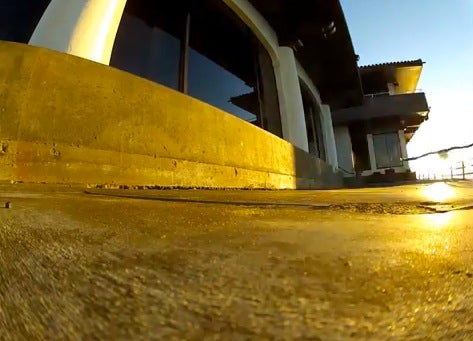 A video is now doing the rounds of a bunch of blogs, showing a seagull swooping down and grabbing a GoPro camera, and taking it for a quick trip over the San Francisco Bay, before dropping it on the ground after realising it’s not food.

It’s a cute little video, but the natural cynicism of the internet has kicked in, leading to some heated discussion as to if the video is faked, or viral, or legitimate, or what. No one in particular believes that an actual bird didn’t fly off with the camera, but there’s a lot of debate about if a seagull would steal a camera — though I’m of an opinion that seagulls are pure evil, and would gleefully steal anything. People also seem confused that the uploader refers to it as their GoPro rather than their camera — which means they don’t know any GoPro users in real life.

The real smoking gun is that this is the uploader’s first video on YouTube, and she appears to work in social marketing.

Strangely, this also isn’t the first time a seagull has stolen a GoPro, the same thing happened in Cannes last year.

Regardless if it’s fake or not it’s a fun video, and we never get tired of seeing a GoPro soar through the air, and this video belongs on our list of animals welding action cams!