Composite of images from Polar-orbiting satellite creates the first full view of the earth from northern vantage point. 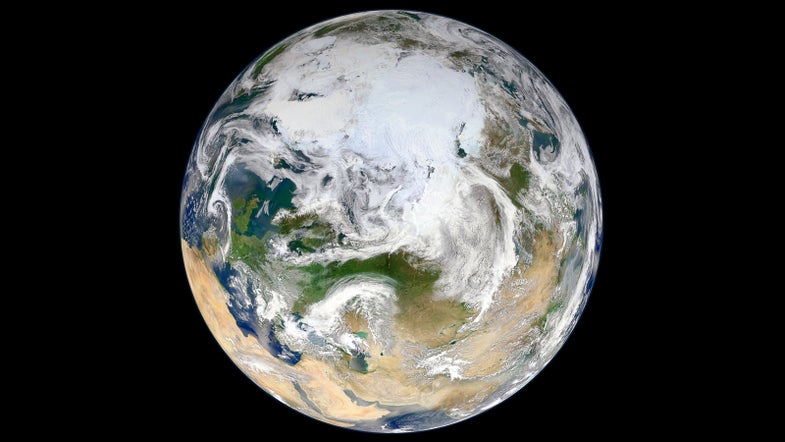 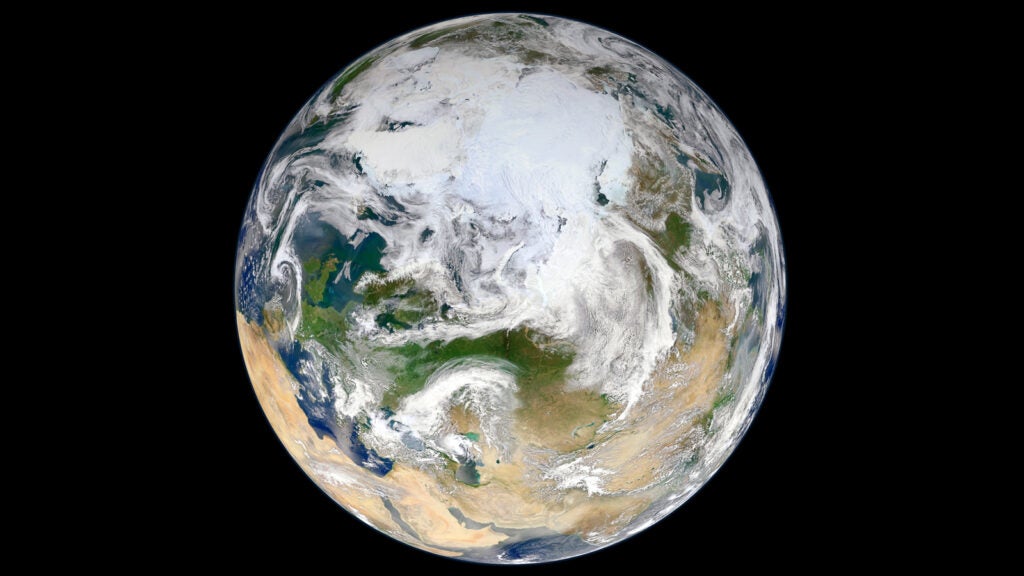 From the first Blue Marble image–a photo taken by the Apollo 17 crew on December 7, 1972, at a distance of nearly 3,000 miles, we’ve been captivated of pictures of our planet from vantage points that we will never get to see for ourselves.

And while the fascination with space travel has waned in recent generations, new images of earth and space prove that we are far from having seen it all.

This new image of Earth, taken from 512 miles over the North Pole, took 15 orbits of the Suomi National Polar-orbiting Partnership satellite to capture. The images were taken by the Visible Infrared Imaging Radiometer Suite (VIIRS) on board the satellite, it’s a 22-band radiometer designed to take photographs on infrared and visible light. It also takes “radiometric measurements of the land, atmosphere, cryosphere, and oceans” and measures “cloud and aerosol properties, ocean color, sea and land surface temperature, ice motion and temperature, and fires.”

While it has a lot of official purposes, it’s by-product is a detailed perspective of the earth completely different from the familiar ones of the planet on its orbital plane.