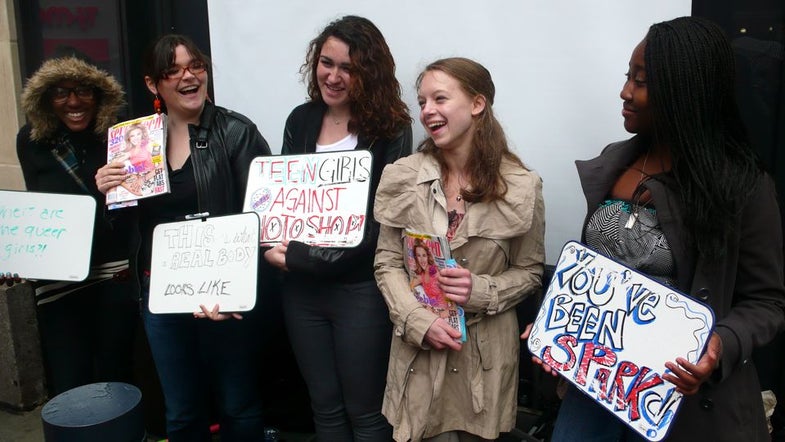 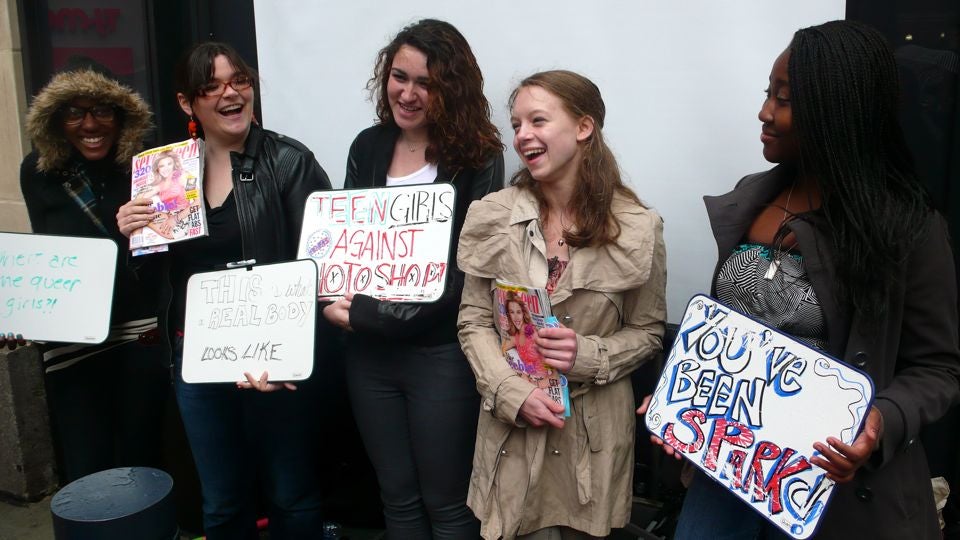 It has been a big news week for women’s magazines and their liberal use of digital image editing tools like Photoshop. A few days ago model Coco Rocha complained to the Internet masses on Tumblr about her digitally removed bodysuit on cover photo on Elle magazine. Meanwhile, an 8th grader from Waterville Maine also used the Internet to vent her displeasure with magazine’s heavy-handed Photoshop.

14-year-old Julia Bluhm started an online petition asking Seventeen magazine to produce one photo spread per month without the aid of Photoshop. With the help of her social media, she collected around 6,000 signatures in ten days, and then — with the help of a press release from a San Francisco PR firm that led to broader coverage on blogs such as Jezebel— the number swelled to 13,000, then 16,000, then 20,000. On Tuesday she printed out the petition with cover 26,000 signatures and took it directly to the magazines offices in Manhattan.

Bluhm’s protest outside the Hearst building didn’t go unnoticed by the magazine; she was allowed to hand deliver her petition to Seventeen editor Ann Shoket. However it appears Seventeen has no plans to take Bluhm’s suggestions, a spokesperson for the magazine made the following statement (devoid of any promise to use less photo manipulation):

“We’re proud of Julia for being so passionate about an issue — it’s exactly the kind of attitude we encourage in our readers — so we invited her to our office to meet with editor in chief Ann Shoket this morning. They had a great discussion, and we believe that Julia left understanding that Seventeen celebrates girls for being their authentic selves, and that’s how we present them.”

But the magazine has invited Bluhm to work with editors on a future issue.

Vouge magazine made a slightly more concrete promise to their readers this week. Vogue editors, and publisher Conde Nast have made a “promise” to work with only healthy models including “not knowingly working with models under the age of 16 or who appear to have an eating disorder.” To this end they say Casting directors will check models’ IDs and encourage “healthy backstage working conditions”, including food options.

It sounds good, but it’s a commitment that’s a little hard to prove—perhaps an industry-wide law about disclosing the use of Photoshop and weight of models (like the recent law in Israel) is what it would take to make a real change in the U.S. What do you think?