Photo: Hubble Captures the Messier 9 Cluster With More Than 250,000 Stars

As if we needed another reminder of how awesome space is 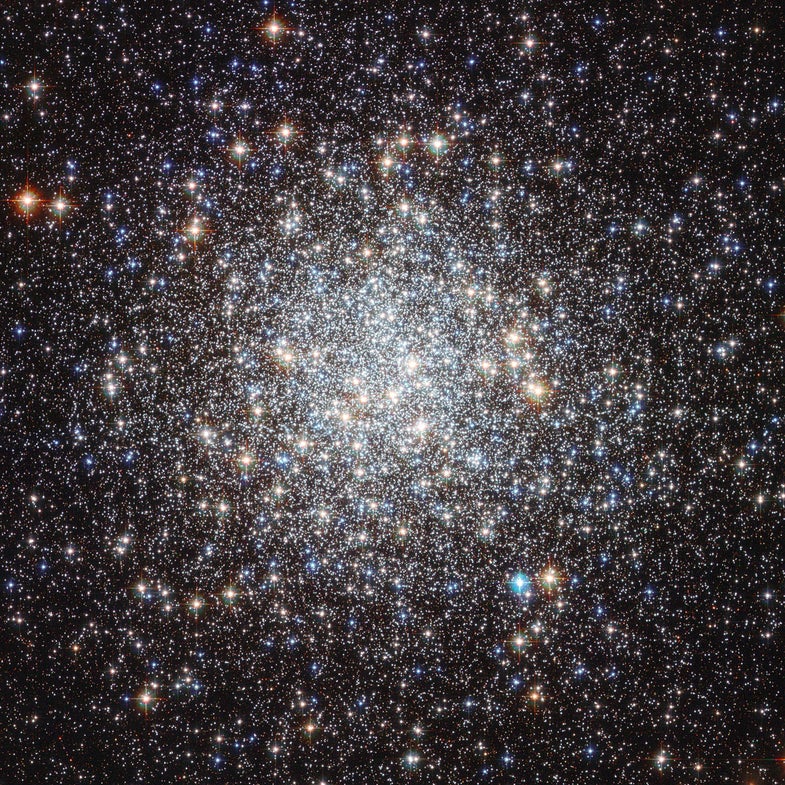 By now, you know that NASA is capable of some amazing images, but the latest photo to make its way down from the Hubble telescope is really quite incredible. The image is the most detailed rendition of the Messier 9 star cluster to date. It’s roughly 25,000 light years from earth and filled with stars much older than the sun.

According to the site, there are more than 250,000 clearly-defined stars in the image, which is yet another testament to the imaging power within Hubble. It also recorded the colors of the stars, which indicates their relative temperatures.

It’s a beautiful image and a nice way to keep things in perspective here on a Monday.