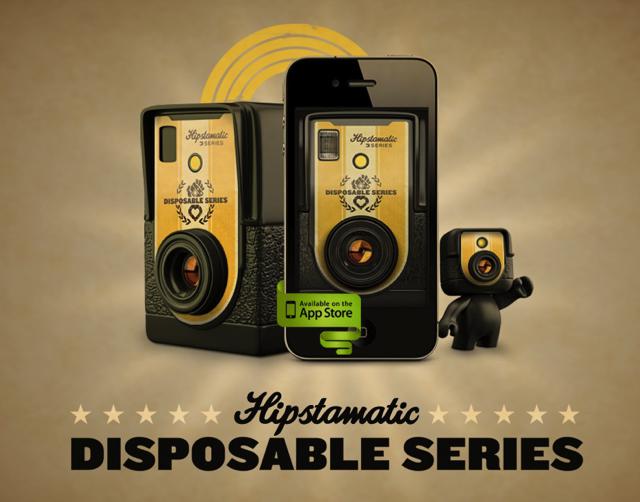 Hipstamatic’s newest app is set to launch tomorrow, the D-Series, where the D stands for disposable. Modeled on the communal event of sharing a single disposable camera over the night, and then seeing what photos came out at the end, the D-Series lets you share a single roll of digital film with your friends. Between you and however many people you invite, you get 24 shots, and you don’t get to see what your friends photographed until all 24 are taken.

This is an evolution of the original D-Series concept we heard in October where you would have to take all 24 shots yourself before seeing any of them, but the change seems slightly more sensible and social. Once the photos are “developed”, you can share them over the usual panoply of social networks.

The app will be free in its basic form, but much like the original Hipstamatic app, the real money is from in-app purchases. D-Series comes with a free camera built in, but if you want more options they’ll run $0.99 a pop. So you’re pretty limited unless you want to sink more money into the program.

It’s an interesting concept that reminds us of the much-hyped, but ultimately-failed Color app that launched earlier this year. Will you check it out?