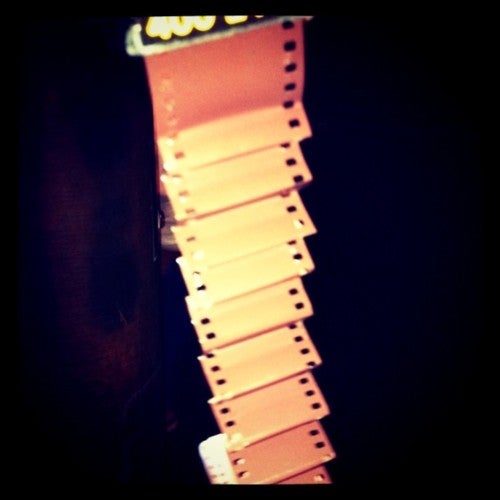 Hipstamatic was one of the first lomo apps to arrive on the iPhone scene, offering interchangeable lenses and camera backs (or rather their digital facsimiles) for endless variations in your photos. However, when Instagram stormed the iOS world, Hipstamatic lost its position as the #1 faux-analog iPhone app. However, their new app set to launch this month will attempt to capture something of the magic and mystery of film by requiring you to go through a whole digital roll of shots before showing you how they came out.

One of the great trials of shooting film was always the need to burn through the entire thing and then get it developed in order to see how your photographs turned out. Hipstamatic D-Series will do exactly that, forcing you to take 24 photographs before presenting them all to you at once.

And since you can’t adjust anything with this app except the composition, the process most closely resembles shooting a disposable or toy camera. You simply point it in the right direction, shoot, and hope that it comes out well. Or that some of the two dozen shots you took do, at least.

Hipstamatic originally planned on taking the concept even closer to its roots, forcing you not just to take 24 shots, but to pay to get them printed and sent to your house before you got to see them.

“It’s the coolest idea ever but we can’t use an in-app system for it,” explained founder Lucas Buick. “We’d have to take your credit card details when you downloaded the app and you’d end up paying to shoot stuff that you can’t even see. I could already see the one star reviews.”

The app will be available for download by the end of the month, and will be free but require in-app purchases to unlock new lenses to use in your photography.

While this was certainly one of the more frustrating sides of film, it was also one of the more mysterious and magical, and seeing how an entire roll came out at once was always a moment of excitement. I could also imagine this could be fun at parties or group events where you pass the camera around, and only get to see what everyone took at the end of it.