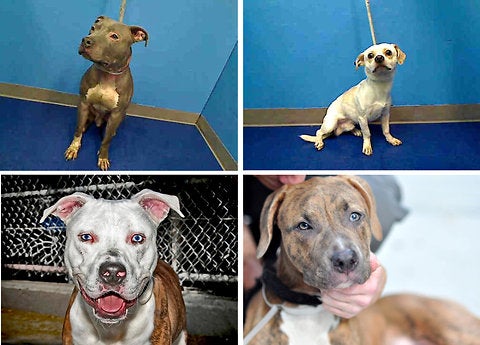 When the photo is of a shelter animal facing euthanization, inciting that nurturing reaction is truly a matter of life and death. But visit most shelter’s websites and you’ll scroll through hundreds of crappy photos taken hastily with cheap cameras. It seems like common sense to photographers—take better photos (with better cameras used by people who know what they’re doing), and you’ll incite the reaction.

And that’s exactly what one pet photographer proved, back in September, Tim Barribeau wrote about Teresa Berg‘s quest to improve the photos at her local dachshund rescue shelter, and how her photos improved the shelter’s adoption rate by 100%.

Which is why this story, of a woman who was fired from New York Animal Care and Control for taking photos of dogs (mostly pit bulls, who people are usually more hesitant to adopt), seemed particularly disturbing.

Emily Tanen’s job at the Manhattan shelter, which euthanizes about 25 percent of the nearly 31,500 animals it takes in each year, didn’t include photographing the animals that were up for adoption. But, she had a Nikon DSLR and an art background and figured she could do a better job. A scant amount of volunteers are tasked with taking images of the animals for the whole city, which critics say do nothing to showcase the animals’ warmth or appeal.

Tanen was repeatedly reprimanded for taking the photos, since it was not part of her job description, and for violating the shelter’s photo guidelines on things like showing human hands in photos of animals. She said, “I think they just didn’t want photos of animals that they were about to kill looking cute and adoptable and happy with people, but they said it was because their research showed that photos with people didn’t encourage people to adopt.”

Tanen claims her persistence of improving the photos of the dogs in hopes to increase their adoption rates was the reason she was fired in May. Care and Control officials would not comment.

It’s one of the most basic principles of commercial photography, showcase the product in the most appealing way and more people will want to buy it. So seems like common sense that if a photographer wants to showcase a pet that is facing death in a way that will tug on the heart strings of the viewer you should let them, part of their job description or not.