Concept Photoshop Feature Could Add Image Stabilization After the Fact

Sharpening can't fix a motion-blurred image, but this concept feature might be able to 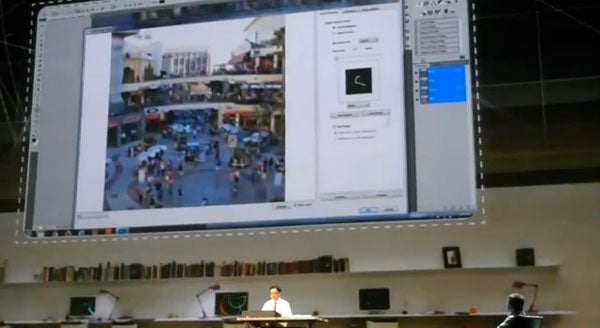 Adobe has been showing off some interesting new stuff at their annual MAX conference, and this de-motion-blur technology is certainly no exception. The video itself is fairly blurry (hilariously so), but you can clearly see that the software is able to rescue an image suffering from substantial motion blur using a complex algorithm. The round of gasps from the audience is also pretty telling about the quality of the results.

From the demo, it appears that the software analyzes the image and figures out exactly how the camera moved when the shutter was open. It then determines how that movement would affect the image and reverses the negative effects.

Adobe doesn’t give any info about when we’ll actually see this baked into their software, but they do emphasize that these demo products often do become reality.

But, between this and the omni-focusing Lytro camera that allows you to pick your focal point in post-processing, it’s pretty safe to assume that some interesting develpments are on the horizon.